Paths need not be linear nor our place on them stagnant, rather we can draw from the past and draw it into the present moment, revisiting and revising as we ask new questions in enduring, and uniting, struggles over ethics in sexuality and beyond.

Elisabeth Becker is a PhD candidate in Sociology at Yale University. She ethnographically studies mosques in European capitals, explaining how and why Muslim communities respond to stigma in different ways. She is also the primary investigator for the Muslims for American Progress Project in New York City (led by the Institute for Social Policy and Understanding). She has published her academic work in the Journal for the American Academy of Religion, Ethnic & Racial Studies and Social Science & Medicine. She also writes for mainstream publications, including The Washington Post, UN Dispatch, Kveller, Global Dialogue and Policy Trajectories. She further works as qualitative research consultant for international research organizations

Elisabeth Becker is a PhD candidate in Sociology at Yale University. She ethnographically studies mosques in European capitals, explaining how and why Muslim communities respond to stigma in different ways. She is also the primary investigator for the Muslims for American Progress Project in New York City (led by the Institute for Social Policy and Understanding). She has published her academic work in the Journal for the American Academy of Religion, Ethnic & Racial Studies and Social Science & Medicine. She also writes for mainstream publications, including The Washington Post, UN Dispatch, Kveller, Global Dialogue and Policy Trajectories. She further works as qualitative research consultant for international research organizations 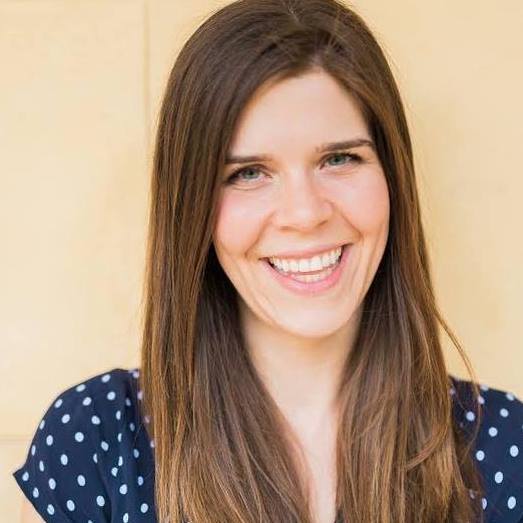 Sexual ethics remains a dominant topic in mainstream discussions of Islam. Like violence, sexuality—specifically the role and position of women—has taken center stage both within the academy and within broader societal discourses in the “West”. As with other discursively-dominant topics, for instance the “headscarf debates” that continue to make waves across Europe, sexuality and gender are cultural sites of both ongoing discomfort and discord. The burkini affair in France was only the latest example of struggles over sexual identity, modesty, ethics and allegiances in Europe. Discussions about sexual ethics are evidently deeply linked to broader spheres of ideas and action in contestation over the role of religion in “secular” states—from freedom to security, identity to rights.

While questions surrounding sexual ethics in Islam permeate the mainstream, scholarship on the topic remains largely lacking. Kecia Ali has pioneered in this respect, reaching deeply into the legal tradition in order to trace sexual ethics (such as in her book Sexual Ethics in Islam). She asserts at the onset of her interview that it is simply impossible not to have this discussion today. The challenge lies in unearthing and employing productive ways of having this discussion. The more specific challenge perhaps lies in moving beyond dominant discourses that tend to determine the direction of the conversation: such as the assumed “intolerance” of Muslims towards sexuality and patriarchal oppression of women.

How does one develop a more nuanced account of sexual ethics that accounts for both the past and adapts to the present? There is a strand of Islamic thought often deemed progressive, but that is in fact traditionalist. This includes the work of Professor Kecia Ali, as well as Professor Khaled Abu El Fadl, who authored (among other texts) The Great Theft: Wrestling Islam from the Extremists, arguing that Islam has become distorted from its early tendencies towards increased freedom and inclusion. However, method matters as much as source in our attempts to understand sexual ethics in Islam, as well as other key topics in the study of religion. Meta-methodology further links these two scholars, who similarly argue that the way to present knowledge is to take seriously, while historically contextualizing, the past. To do this, both draw from early legal sources to trace patterns and developments of thought in Islam.
Kecia Ali illuminates the inconsistencies in assumptions about Islam utilized to justify devaluation by “the West” for centuries. Prior to the 20th century and the colonial apparatus that helped to spur disfiguring puritan notions of Islam (e.g. Wahhabism and certain other Salafi movements), Muslims were criticized for being too sexually open. From “the wanton”, as Kecia Ali names it, to the “oppressor/oppressed”, discourse has been consistently used to delegate Muslims to a lower position in the moral hierarchy vis a vis Europe. Sexuality, across religions and cultures, remains one of the most potent ways to both insult morality and forge a moral hierarchy. And yet, paradoxically, it is also a persuasive means to contest this insult and resist this hierarchy.

There is danger in essentialist categories. There is danger in categories, such as “the West” versus “Islam”, in the idea of a single Muslim perspective, when perspectives remain always multiple, and often moving. There is danger in naming Islam a sexually repressive or oppressive religion, just as there is it assuming it to be emancipatory. Human nature veers towards categorization, sense making about self through the perception of the other (we must only look at Freud on toddlerhood to see how early this begins). We cannot eliminate, but must move beyond categories, engaging the multiple, at times contradictory and often dynamic classifications that make up lives lived.

Kecia Ali argues in her interview that sources (such as the Qur’an, the hadith literature/Sunnah—i.e. sayings and doings of the Prophet Muhammad and legal rulings) provide the most compelling way to complicate the discourse on sexual ethics, and move closer to answers rather than fixate on categories. She draws out an anti-puritanist discourse deeply rooted in early Islam, with important implications for the lives of Muslims today. One particularly evocative discussion between Kecia Ali and interviewer, Christopher Cotter, revolves around the age of Ayse, the Prophet Muhammad’s youngest and arguably favored wife after the death of Khadija (his first wife). The age of Ayse only becomes a site of inquiry in the late 19th/early 20th century, causing discomfort both inside and outside of the Muslim community (as it is cited in hadith literature that she married at 7, with the marriage consummated at 9). Polemical accusations from outside, such as by Reverend Jerry Fine, nominalize Muhammad a demon-possessed pedophile, drawing together long-standing and novel accusations to undermine the authenticity of his prophecy. Apologetics respond by noting that it was another time, with other norms, or citing the unreliability of the texts. Yet what these accounts miss is the rich knowledge about Ayse—a scholar, a source of political conflict, who comes under question in the hadith literature as possibly betraying Muhammad. Ali thus suggests that her age may have been employed as a means to signal her sexual purity, rather than a literal number, a conclusion that can only be reached with deep theological and historical knowledge.

Even those who bring forth this knowledge, such as Kecia Ali, may be deemed suspect by broader religious communities, when it comes to asserting claims about sexual ethics. This is—no pun intended—a touchy subject. Kecia Ali laughs as she recounts a student being told not to read her book on sexual ethics because it is “dangerous.” The highest of compliments, she notes, lies in this statement, as she has thus succeeded at complicating falsely simplified answers to difficult questions: “Answers are great…I don’t think we will get answers until we are asking the right questions”, she explains. The idea of the single encompassing answer is but another false category. Regarding sexual ethics in Islam, as well as many other pressing sociocultural questions, we tend to ask “which is the right way”, Ali notes. Perhaps we should instead be asking: what many ways have there been, how can we authenticate them and where can they lead us in the present?

A takeaway from the interview with Ali for the broader study of religion brings us back to paths, rather than categorical answers, the tracing of lives lived and stories told—perhaps nowhere more colorfully than intricately woven hadith and Islamic legal proceedings—that link believers and non-believers alike to tradition. Paths need not be linear nor our place on them stagnant, rather we can draw from the past and draw it into the present moment, revisiting and revising as we ask new questions in enduring, and uniting, struggles over ethics in sexuality and beyond.