K. Merinda Simmons nuances and furthers Jason Josephson Storm's episode from Season 11 by reflecting critically on the ways in which postmodernism is explicitly—or even implicitly—dismissed in religious studies scholarship. 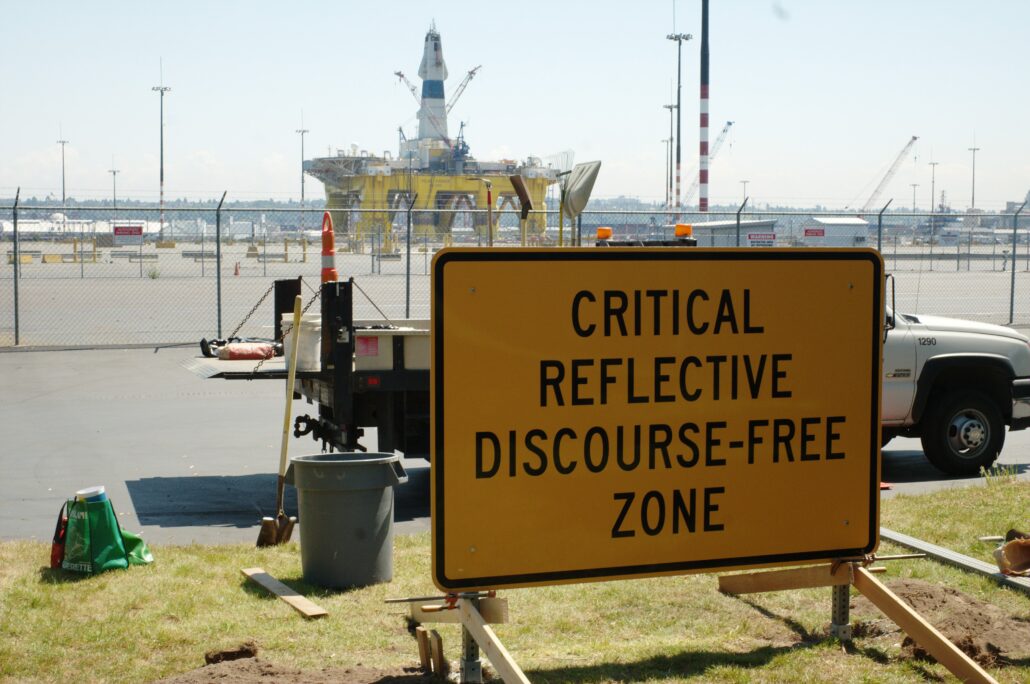 Sunday in the Park with Theory

Many thanks to Andie Alexander for inviting me to respond to the conversation between Daniel Gorman, Jr. and Jason Ānanda Josephson Storm about Storm’s 2021 book, Metamodernism: The Future of Theory. I have not yet read the book, though I look forward to doing so. That is, I don’t want this response to be confused with a review of the book itself but rather a humble attempt at engagement only with the topics brought to bear on the podcast episode.

First I’ll establish a few important points on which I agree with Storm:

These claims should be foundational in the academic study of religion. However, I arrive at different conclusions from Storm about how we might best act on those impulses. Specifically, I’ll focus on the third point, as it appears this binary continues to plague religious studies. One need only look to the 2022 article in the JAAR by Galen Watts and Sharday Mosurinjohn and its caricature of “critical religion” to see but one recent example of this unfortunate scholarly sticking point. Wanting to use theory as a place to begin while nonetheless skirting its foibles, Storm suggests in the discussion that his book is an “attempt to work through postmodernism, dialectically, and out the other side.” I intend these comments to engage with and challenge that impulse in hopes of fueling the dialectical machine so that we can do more with theoretical turns in religious studies. Here are just three points that struck me, with some explanation of each.

The motivations of Storm’s “new” conceptual framework resonates with the contours of debates from the 1980s surrounding theory, methodology, ideology, and political investments.

The recognition that binaries like theory/reality and discourse/object are false and counterproductive dates back before the 80s, of course. As I listened to Storm announce his paradigm as a new methodological order, though, a couple important debates from that decade sprang to mind: 1) Scholars engaged in feminist science addressed the artificial dichotomy between social constructivism and scientific reasoning in a pivotal 1988 issue of Feminist Studies (with Donna Haraway’s “Situated Knowledges” and Helen Longino’s “Science, Objectivity, and Feminist Values“, responding to other key thinkers); 2) Scholars grappled with the role of poststructuralist thought within African American literary criticism, a discussion that played out perhaps most famously in 1987 between Joyce A. Joyce, Henry Louis Gates, Jr., and Houston A. Baker, Jr.

My training in literary theory is to blame, perhaps, for the fact that I tend to hear the interest in a new way of knowing as a decidedly modernist one. After all, Ezra Pound famously heralded a modernist impulse to “make it new.” I also tend to be wary of such proclamations (also because Ezra Pound?). As the saying goes, everything old is new again. So we might look to some earlier incarnations of this seemingly new coalescence of theoretical engagements. Storm’s attempt to find a middle ground between these perspectives seems to compel him to herald something new. I wonder why, if this project is so new, he feels the need to “connect it up to an -ism.” What do -isms do for us, and why do we need them? They’re a convenience, to be sure—a kind of shorthand that offers a baseline to others about where our analytical persuasions and allegiances lie. But the very points Storm makes about the problems with too quickly categorizing an approach run the risk of being undercut by his investment in creating a new category.

Problematic postmodern scholarship should not be confused with postmodernism as a problem.

I’ve never heard a postmodernist lay claim to neutrality or objectivity, nor have I heard either of those cited as an aspirational goal. I share Storm’s side-eye at Theory (same goes for any capitalized abstraction), so I won’t presume to suggest that all theorists everywhere share my sentiments or approaches. They certainly do not. There are navel-gazers in every discipline using every mode of analysis. Same goes for name-droppers, jargon-over-users, and so on. That’s the point: there is no more universal usage than there is universal content area. While Storm attends to fact of the latter, he does not give enough credit to the fact of the former.

For example, Storm characterizes approaches associated with postmodernism (e.g., deconstruction, anti-essentialism, etc.) as “all negative dialectical formulations.” While I sympathize with an impulse that seeks to make affirmative arguments, I find ridiculous the notion that deconstruction, for example, is an exclusively negational enterprise and not a generative one. I don’t think Storm sees deconstruction or approaches in its vein as destructive. But the conversational description of his project sits a bit too close to that claim for comfort, so I have to wonder why the chinks in postmodernism’s armor strike him as more important to attend to than what it protects with its critiques of power and traditionalism. He is right to complicate a conflation of thinkers like Derrida and Foucault… but that’s all the more reason that we should also complicate the caricature of postmodernism as a solely negative dialectic… which leads me to my third and final point:

Engaging a concept at the level of discourse—as a discursive phenomenon or tool—is not to evacuate that concept of its consequences or social realities.

Quite the contrary. As I’ve said, Storm’s appreciation of critical theory’s merits are what make me take pause at the time he spends in the conversation outlining the limits of postmodernism and positioning it as something we should try to move past. The recent JAAR article I mentioned and similar work in that vein should make those of us who take theory seriously (a cohort that includes Storm) consider how to impart how incredibly important theory is to the real world we are accused of dismissing. My worry with Storm’s discussion is that this vital point is treated too quickly in the service of moving on to an ostensible analytical place “past” postmodernism.

This issue is a big one, and it is the source of no small amount of frustration for me as a queer scholar who works in identity studies. When I was in graduate school, theoretical interventions in gender and queer theory made me feel seen and heard for literally the first time. They gave me language about my own existence that I couldn’t articulate by virtue of having grown up beneath the crushing weight of the gender binary in an intensely homophobic context. What I felt—indeed, who I was—finally had space to breathe some life. Discourse was reality.

The examples on this front are too many to mention. Toni Morrison’s reminder in Playing in the Dark that “the subject of a dream is the dreamer.” The exacting and piercing analyses of race psychologies by Frantz Fanon and James Baldwin. Judith Butler’s reminder in “Imitation and Gender Insubordination” that “The denial of the priority of the subject… is not denial of the subject.” And so on. Sometimes, even when scholars want to upend the false antagonism between theory and reality, they implicitly (if unintentionally) perpetuate it rehearsing some of the basic bad faith arguments about theory—namely, that deconstruction is not its own generative means to an end—in order to advance our “new” ways of knowing.