In Praise of Polyvocality

Perhaps my greatest argument against ‘non-religion’ has been based on the notion that it stands as a relational umbrella... A few weeks back, I found myself engaged in a one-sided debate with a colleague friend over the use of the term ‘non-religion.’ As it was at the end of a two-day conference, it was one of those casual conversations wherein certain sophisticated aspects of the preceding academic discourse spill over into the informality of a chat over drinks. 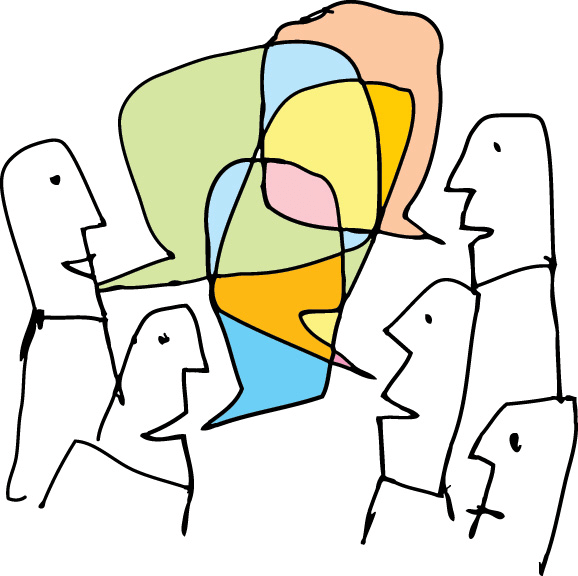 Indian Rationalism, and a Relational Approach to Nonreligion

It is unfortunate fact that in popular ‘Western’ imagination, the land of India is frequently orientalised, and naively conceptualized as ‘the quintessential land of religion, spirituality, and miracles.’ Although we would certainly not want to completely invert this stereotype by substituting one unnuanced and inaccurate construct for another, ...

A few weeks back, I found myself engaged in a one-sided debate with a colleague/friend over the use of the term ‘non-religion.’ As it was at the end of a two-day conference, it was one of those casual conversations wherein certain sophisticated aspects of the preceding academic discourse spill over into the informality of a chat over drinks.

In other words: like many a conversation amongst academically-minded friends, the casual simplicity of our conversation was periodically peppered with intellectual debate.

This is partly why I refer here to our argument as being rather one-sided, though of course it would be both unfair and erroneous of me to remove myself entirely of any responsibility. After all, I am something of an antagonist [editor’s note: …to say the least]. Then again, I’m also the one telling the story here, so I can shape it any way I wish. Something to consider the next time you read an ethnography.

Nevertheless, from my perspective, our discussion felt ‘one-sided’ because it consisted mostly of my friend emphatically and excitedly arguing (perhaps with himself?) against what he perceived was my own emphatic and excited argument that the term ‘non-religion’ has been reified by those who use it for their own cynical gains. While I would, of course, agree that it has definitely become reified (what term hasn’t?), I could not help but think the argument he was putting forth was veering into a discussion beyond simple term usage. Which, in the end, is partly why I requested to offer this response to Chris Cotter’s interview with Johannes Quack.

The other reason for my request is that while I have, for the last five years, been a rather vocal advocate against the term ‘non-religion’ (for a number of reasons that aren’t exactly pertinent to this particular story), I have also, as I assured my friend, come to believe that the term, and its many cognates, shouldn’t be wholly abandoned. That is, just because it doesn’t work for me, doesn’t mean it doesn’t work for someone else.

Which, if we really think about it, is the essence of academic discourse.

This simple argument here will be the focus of this response, the thesis around which I will be using Quack’s approach to non-religion in an Indian context, to not only point out the benefits of differing theoretical and methodological views, but to also make the larger anthropological argument that this discourse about terminology provides a pragmatically curious solution.

I call this thesis: in praise of polyvocality.

At the recent XXIst Quinquennial Congress of the International Association for the History of Religions at the University of Erfurt, I had the esteemed pleasure of having Professor Johannes Quack moderate the panel on which I was presenting: “Current Perspectives on Atheism.” Beyond his intriguing, and rather groundbreaking, research on rationalism in India, Professor Quack is perhaps the ideal individual on which to support my thesis.

During the question-answer section of the panel, which also included a very interesting presentation by Ingela Visuri[1] on the correlation between autism and Atheism, there began an interesting diminutive debate between Johannes and I over our different term usages. Where this might have, as it has in the past, veered into a discussion between contesting advocates with no real solution provided in the end, it in fact proved extremely advantageous, and not just for the benefit of the audience. At one point, when asked if there was a strict difference between his use of non-religion and my use of the term Atheism, and in particular if the former was merely a more broad or essentialist version of the latter, Johannes kindly responded with a similar answer to the one he gives in his RSP interview about his use of the term rationalist: from a straightforward anthropological perspective, because the individuals being studied identify themselves using a particular term, it would be unfair to impose a different one on them other than the one they use. While this permission to allow one’s subjects to speak for themselves, of course, makes the discussion about term usage even more difficult (especially as subjects tend not to agree on terminology), it also offered a useful insight into the pragmatism of using such different terms, as well as an argument against assigning a general one under which they might be categorized.

This also returns my discussion to the issue of reification. Perhaps my greatest argument against ‘non-religion’ has been based on the notion that it stands as a relational umbrella: in the discourse on the academic study of religion, the study of the non-religious represents research being done not so much on the ‘opposite,’ but on the relational periphery. This is something that Chris and Johannes discuss toward the end of their interview. While this might prove useful in the sense that it places the discourse of the study of the non-religious within the larger context of the study of religion, I would argue it also, perhaps by accident, reifies the term in the same way that ‘religion’ has become an umbrella over which we categorize all aspects of being or acting religious. In the end, then, it adopts, from its relationship to ‘religion’, all the issues and ambiguous difficulties we’ve had with that term over the last century or so. This, to me, is less a solution to the problem, than a contribution to it. When we add this to the adolescent growing pains of the study of Atheism, ir-religion, un-belief, non-religion, etc., the result is a rather stunted upbringing. Though I digress.

So, then, to move, here, from the critical to the promotional, in Johannes’ answer, as well as via his discussion with Chris about the differences between group and individual identities at the end of their interview, I believe there is a solution to be found: I would argue that a remedy for term reification, be it Atheism, non-religion, religion, or anything relationally similar, and thus a remedy for the terminological issues we may face as researchers, is found within the straightforward anthropological approach which he advocated for in our panel, only turned around in a reflective manner. That is, where we seek out and promote the pragmatic objectivity in permitting each of our subjects to define themselves in their own terms, there is an equal pragmatism in introspectively allowing ourselves to do the same with our own language. While this approach might develop a rather vast terminological discourse, it also breeds a sense of diversity, which, through an anthropological lens, is more beneficial than it is detrimental to our conclusions.

In fact, when we take a further step back, and view the academic discourse itself as an anthropological subject, these terminological differences become their own types of individual identities. In this way, our debates over terminology become differing voices all contributing to a discourse that together comes to represent a cultural whole. Thus, our differences of opinion become less problematic, and more representative, a polyvocality that together create a group identity filled with different individual ones. Then, and just like we would with our subjects, viewing this discourse objectively fosters a much more nuanced insight into this culture than, say, an argument that one subject embodies his or her culture more than another.

In the end, then, I believe the polyvocality of our discourse is indeed a benefit, particularly because we aren’t all talking about the same thing. Our disagreements and debating and arguing over the proper term usage contributes more and more to the discourse upon which our identity, as an academic endeavor, is formed. Thus, while we might quarrel amongst each other over whether or not our terminology is correct, or whether it better represents our subjects, as subjects ourselves, these discussions are in their own way leading toward a process of identification, and thus a sense of academic congruity. From this third level, then, looking down at ourselves as we look down on our subjects, each layer embodying a unique cultural character, we can better make sense of what it is that we’re studying, as we study it. To do otherwise, to me, seems a bit too much like a one-sided debate.

In this interview, Dr. Mary Jo Neitz continues the conversation about religion and gender by focusing on theories from LGBT studies and queer studies. Using her work as an ethnographer, as well as the work of American philosopher Judith Butler, Neitz distinguishes the categories ...