Are we to believe those mountains weren’t here before humans came to name them?! Mountains, dammit! They’re real and they’re mind-independent! (It’s at this point that the radical constructionists ask, “can you say that without discourse?” and then the realists really go apoplectic.) Titus Hjelm’s book Social Constructionisms: Approaches to the Study of the Human World is a fantastic introduction to the topic of “social constructionism.” 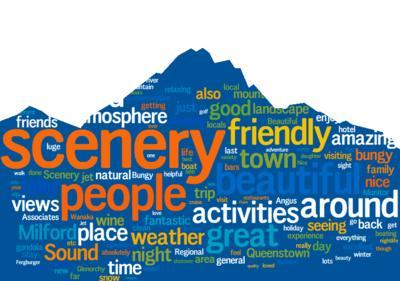 Titus Hjelm’s book Social Constructionisms: Approaches to the Study of the Human World is a fantastic introduction to the topic of “social constructionism.” Titus successfully demonstrates that this term brings together a plurality of approaches that, although they share a great deal in common, have crucial differences. Perhaps the most admirable feature of Titus’ book is it’s clarity—Titus writes about complicated issues with clear and concise prose, making it perhaps a perfect fit for undergraduate “theory and method” courses in which students must be exposed to these critical approaches.

Since commenting on where we agree is unlikely to be productive or advance the conversation, here in my response I’ll focus on Titus’ criticisms of what he considers more “radical” forms of social constructionism, which he associates with the “excesses” of postmodernism or post-structuralism. Hinting in both the RSP interview and the book that he identifies as a type of critical realist, Titus calls into question those forms of social constructionism that are unabashedly anti-realist. Consider the following statements:

According to some social constructionist views, “we can only reach the world through discourse.” (from the interview)

“If everything is discourse and nothing is real, where is the position we can take to critique those constructions?” (from the interview)

“In their most radical form, these [constructionists] claim that we can know about the human world—and the natural world, for that matter—only through discourse. Any ‘reality’ outside of discourse is either bracketed or denied.” (from the book; 88)

For relativist constructionists, “there is nothing [to the world] beyond our description of it.” (from the book; 92)

From the relativist perspective, “the ‘world out there’ and perceptions of the world are radically separated, with no access to the former, except through discourse. It is one thing to say that the meaning of, say, gravity is dependent on our ways of talking about it—a position that constructionists would happily embrace. It is another thing for me to jump out of a sixth story window and assume a safe landing because I’m shouting ‘I’m not falling!’” (from the book; 93)

I find such claims frustrating for two reasons. First, I think that Titus is criticizing the forms of constructionism with which I identify—i.e. he’s targeting me—but I think he unfairly represents my view. Second, I’m also frustrated because some of the constructionists I identify with say exactly the sorts of claims Titus is criticizing. All of that is to say: I think that Titus is aiming at a straw man (are there straw women, I wonder?), but unfortunately a straw man that some of my peers stand behind and prop up. Thus, rather than tear down Titus’s excellent work, let me clarify the difference between my view and the view Titus criticizes.

The main problem, for me, is that although I might be a radical constructionist, I absolutely reject the dualist view of the world Titus is partly working with and partly criticizing. This dualism assumes an opposition between the world-as-it-is-in-and-of-itself and the world within discourse. Discourse apparently is “in here” (but where is “here,” one wonders?), and reality is “out there.” (We’re not far here from the contradictions inherent in Kant’s distinction between phenomena and noumena.) Of course, there is some ambiguity for the social constructionists, insofar as they vacillate between the view that there is a world out there—but we have access to it only through discourse—and the view that there isn’t a world out there—that is, everything, even reality, is discourse. This latter view drops the ontological dualism and turns into a type of discursive monism.

Titus’ view seems to be closer to the dualist view, except without the caveat about being locked within discourse: there is a mind-independent or discourse-independent world “out there,” and we can make objective or authoritative rather than merely subjective or relativist claims about it. Despite the insistence of the radical constructionists, there is a real world out there—we can thump the table or point to the mountains on the horizon dammit! Are we to believe those mountains weren’t here before humans came to name them?! Mountains, dammit! They’re real and they’re mind-independent! (It’s at this point that the radical constructionists ask, “can you say that without discourse?” and then the realists really go apoplectic.)

By the time we get here, we’re far afield from where I’d like the conversation to have headed. What’s crucially been lost at this point—from my perspective at least—is the role of discourse in individuation or definition—i.e., the extension of a concept—and the pragmatic ends of the latter.

The best example I can point to for how discourse has a constitutive role in the individuation of something we tend to take for granted as “natural” in the so-called “real world” is in Edward Schiappa’s discussion of the politics of “wetlands” (see Defining Reality: Definitions and the Politics of Meaning; 2003). In the early 1990s, wetlands were a hot topic. Environmentalists wanted to protect wetlands from developers who wanted to clear the land and build on it, while developers wanted the opposite. President George H. W. Bush signed into legislation a bill protecting wetlands from development, but the legislation redefined wetlands in ways that suited the interests of the developers rather than the environmentalists. Wetlands were protected, but there was a bait-and-switch of sorts: the land to which the concept “wetland” extended shrunk dramatically with the novel definition in the new legislation. Both parties used the concept “wetland,” but they individuated something rather different, and—in addition—that to which their concept extended was directly tied to their social or political interests. Schiappa concludes, “definitions are interest-driven and saturated with questions of power and persuasion.”

I think that Titus’ framing of “radical constructionism” fails in helping us to understand Schiappa’s view. First, by no means is Schiappa saying that there’s a world within discourse and then a world out there. For Schiappa, the existence of wetlands is contingent upon the definition we give to the term; if we change the definition of wetland we have a different reality out there to deal with—just as gerrymandered districts are quite literally different districts than before they were gerrymandered. There’s no “reality” of wetlands without first having individuated some types of land as wetland and other types of land as not-wetland. Second, neither is Schiappa saying that all we have access to is the world of discourse. “Wetlands” are constituted by discourse, but that’s not the same thing as saying that wetlands are discourse. Third, it wouldn’t make sense to say that “wetlands” exist independent of discourse; it is we, as humans, who separate this from that, wetlands from not-wetlands, and so on, depending on our interests.

But what about mountains, dammit? Weren’t they there before humans evolved to identify them as mountains? To press the realist position, let me ask: did the state of New York exist before humans came along to identify it as such? Even the realist would have to admit: New York is a human invention—the distinctions between “New York” and “Massachusetts” and “Pennsylvania” aren’t natural, but are lines we as humans draw in the sand. That is, even the realist has to admit that the individuation or extension of “New York” is discursive. But then to press the realist further: what about the Adirondack Mountains? Do the mountains individuate themselves from the land we consider not-mountainous? Or do we, as humans, individuate them for our purposes?

We could of course individuate the stuff of the world in ways that intersect with but don’t exactly match the extension of the term “Adirondack Mountains.” No doubt there are “streams” in the mountains, “hiking paths” over them, “bear hunting grounds” across them, “good fishing areas” in them, and so forth. In addition, whichever discursive concepts we use to slice up the stuff of the Adirondacks will depend on our particular pragmatic interests—do we want fish for dinner? to avoid running across bears? a challenging hike?

In addition, were our interests different—or were we different kinds of animals—no doubt we would individuate our world differently. Does an ant in the Adirondacks see a “mountain”? Is a “mountain” a useful concept for something as small as an insect? If there were alien creatures whose walking stride was the same as the distance from our sun to Pluto, would they have a use for individuating the “Adirondack Mountains”? On the contrary, what we might individuate as the Adirondacks would likely be nothing other than dust on the shoes of their feet, not worth individuation or attention. As some cognitive linguists have noted–for instance, in Lakoff’s Women, Fire, and Dangerous Things (1987) or Lakoff and Johnson’s Philosophy in the Flesh (1999)–what is useful for us to individuate is relative to the type of bodies we are in: “How animals categorize depends on their sensing apparatus and their ability to move themselves and manipulate objects. Categorization is therefore a consequence of how we are embodied” (Lakoff and Johnson 1999, 17-18).

All of this is to say: crucial for understanding so-called radical social constructionism is the pragmatic function of concepts in individuating the stuff of the world. At bottom, drawing lines between mountains and streams is little different than drawing lines between New York and Massachusetts. And, on this view, the practice of discursive or conceptual individuation neither gets between us and the real world, nor do the things of the world exist as “things” independently of our individuation of them as particular things.