"The aims of autoethnography—careful, creative, and responsible deployment of personal narrative as an illuminating force in the study of the cultural and the political—align with those of Onishi’s Straight White American Jesus in his attempt to avoid “reduction and demonization [of evangelicals]” while maintaining “the courage and the audacity to point as critical and unflinching of an eye on what’s happening.”" 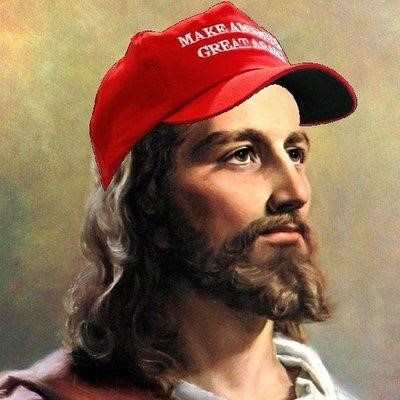 The November 25 episode of the Religious Studies Project (Straight White American Jesus, the podcast) illuminates the capacity of a particularly powerful qualitative research method: autoethnography. Without ever explicitly referencing this academic mode of inquiry, Bradley Onishi makes a compelling case for it as a significant tool for cultivating an understanding of white evangelicalism in Trump-era America. He does so when he explains the goals of his own podcast, Straight White American Jesus. Onishi describes how he and his co-host, Dan Miller, strive to marshal the power of their own evangelical-insider stories in order to help their listening audience members

“think themselves into the places of evangelicals…so they can see the human element in it. It is so easy to reduce those we disagree with—especially those who seem to be harming our public sphere—to just reduce them to something demented, something that’s not right and just sort of push them away as hopeless…My hope is by sharing my story and Dan’s, too, that we can show folks that this is a very human culture, it’s a very human set of events, it’s a very human community. And if you can get a window into that, maybe it can help you when you’re at a school board meeting, or you’re at your election for the city council, or when you’re dealing with parents on your kid’s soccer team, or having a Thanksgiving dinner. Maybe it can give you a better approach for how to discuss these things with your neighbors, with your fellow citizens, with your colleagues…For me, the personal element is really, really important. It adds something…that makes it easier for a general audience to identify with and it also makes it easier for those who are ex-evangelicals—like I am—to feel like they have a way in to understand [the] academic discourse surrounding the culture that they are emerging from.”

Onishi and Miller’s histories are similar: formerly zealous evangelical leaders who no longer identify as evangelical; who nonetheless find themselves in possession of rich and copious amounts of insider knowledge about American evangelical thought, behavior, and belief; and who currently serve as professors with expertise in religious studies. While they rely on their personal stories to help their listeners make sense of American evangelical trends (with a primary purpose of examining why Donald Trump appears more like Jesus than any other politician white evangelicals have ever encountered), they weave together their own narratives with historical and social scientific insights from podcast guests who are prominent scholars of evangelical history and culture (e.g., Randall Balmer, Kristin DuMez, R. Marie Griffith, and Chrissy Stroop, to name just a few).

This fusion of the personal with the scholarly is a hallmark of autoethnography, an autobiographical research method that uses personal narrative to represent and make sense of culturally produced texts, experiences, beliefs, and practices. Autoethnographers consider personal experiences—packaged in well-crafted and detailed stories—as data that can offer a window into political and cultural norms and expectations. When rendered through a process of rigorous self-reflection (or “reflexivity”), autoethnographic accounts examine how the self and the social intersect. Ultimately, autoethnography shows people attempting to live their lives as they grapple with making meaningful sense of a particular struggle. It invites the reader to assume the role of a companion who responds, emotes, feels, and senses a need for something different. Bochner (2012) states it this way:

“Autoethnographies are not intended to be received, but rather to be encountered, conversed with, and appreciated. My concern is not with better science but with better living and thus I am not so much aiming for some goal called ‘truth’ as [I am aiming] for an enlarged capacity to deal with life’s challenges and contingencies. The truths of autoethnography exist between storyteller and story listener; they dwell in the listeners’ or readers’ engagement with the writer’s struggle with adversity, the heartbreaking feelings of stigma and marginalization, the resistance to the authority of canonical discourses, the therapeutic desire to face up to the challenges of life and to emerge with greater self-knowledge, the opposition to the repression of the body, the difficulty of ﬁnding the words to make bodily dysfunction meaningful, the desire for self-expression, and the urge to speak to and assist a community of fellow sufferers.”

Taken together, these concerns emphasize a need for reflexivity in research, which reveals how social identities like race, class, age, gender, sexuality, religion, and health impact what and how we study, what and how we see, and how we go about interpreting various phenomena. It requires researchers to accept and recognize that their situated knowledge and experience weaves itself into every stage of the research process. As a result, autoethnography rejects the notion that scholars should hide their subjectivities behind the guise of positivist ideologies. Thus, the chief purposes of autoethnography include:

Some skeptics of autoethnographic research deem it as self-indulgent, narcissistic, too emotional, self-absorbed (Anderson, 2006), as well as limited in its ability to develop, refine, or extend theory (Douglas and Carless, 2013).

He explains how they work to ensure that each episode is held to rigorous intellectual and ethical standards:

“So when Dan and I go into any episode we do, we want to make sure that as we tell anecdotes from our past—as we recount what it was like to come home and have your family not be there and have your first thought be maybe the rapture happened and everyone got taken away and I didn’t—as we tell those stories, we always want to balance that with very rigorous scholarship. We want to do our homework. We want to go to the primary sources. We want to go to the data. We want to make sure we have that right so that we can make sure as scholars, and as people who have a platform, we are owning up and responding to that responsibility.”

Likewise, champions of autoethnography address their detractors by noting that high-quality autoethnographic projects must be held to rigorous standards. Adams, Holman Jones, and Ellis (2013, 2015), for instance, identify numerous goals and contributions of excellent autoethnographic works. I repackage some of them here as a series of six multifaceted questions that can be used to assess an autoethnographic text for its rigor and usefulness:

The aims of autoethnography—careful, creative, and responsible deployment of personal narrative as an illuminating force in the study of the cultural and the political—align with those of Onishi’s Straight White American Jesus in his attempt to avoid “reduction and demonization [of evangelicals]” while maintaining “the courage and the audacity to point as critical and unflinching of an eye on what’s happening.” At a time when mainstream understanding of evangelical culture is often laced with consternation and bewilderment, autoethnography and Straight White American Jesus (the podcast) offer themselves as crucial tools for gaining and conveying incisive insight and understanding.