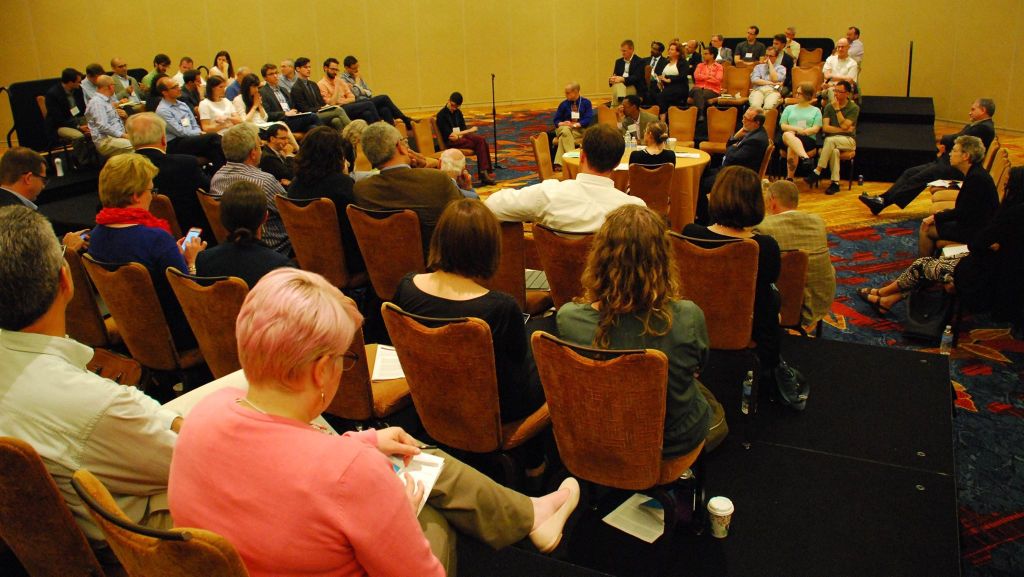 Jeffrey Wheatley is a PhD student at Northwestern University and holds a MA from FSU. He studies American religious history with a focus on religion and race. Past projects have examined relations between African Americans and the Catholic Church and changes in Catholic missions to Native Americans under Grant’s “Peace Policy” in the 1870s. Recent interests include political theory, comparative global religion and politics, imperialism, and the language of enchantment/disenchantment. My current research project explores US and Philippine modes of governance in the archipelago in the early twentieth century, with a focus on colonial projects’ investment in the dynamics of religion and race. He is on Twitter @wheatleyjt, writes at the American Society for Church History Blog, and is available via email at jwheatley@u.northwestern.edu.

Jeffrey Wheatley is a PhD student at Northwestern University and holds a MA from FSU. He studies American religious history with a focus on religion and race. Past projects have examined relations between African Americans and the Catholic Church and changes in Catholic missions to Native Americans under Grant’s “Peace Policy” in the 1870s.

Recent interests include political theory, comparative global religion and politics, imperialism, and the language of enchantment/disenchantment. My current research project explores US and Philippine modes of governance in the archipelago in the early twentieth century, with a focus on colonial projects’ investment in the dynamics of religion and race. He is on Twitter @wheatleyjt, writes at the American Society for Church History Blog, and is available via email at jwheatley@u.northwestern.edu.

This was my second visit to RAAC, which follows the fishbowl format (one whose physical layout is similar to a UFC cage match, but the audience gets to participate). The format makes RAAC a great venue for assessing current and future trends in the study of religion and the United States. Unfortunately, I cannot relate all of the great perspectives, questions, and arguments in a single blog post. Instead I will focus on two topics that prompted some (not all!) of the liveliest discussion. Interested to know more? Feel free to examine the conference program. I recommend combing through the conversation that took place on Twitter by searching #RAAC2015. You also can look forward to reading the proceedings, which will eventually be published.

We Need Some Space

Two panels focused on how we spatially frame the study of Religion and American Culture: “American Religion and Global Flows” and “’Religion in the Americas’ as an Organizational Paradigm.” Both on some level critiqued the dominance of national boundaries in delineating what we study and how we study it. Scholars, especially those interested in power, have much to gain by looking at transnational networks.

Zareena Grewal discussed her research on Muslim communities in the United States and suggested that we need not lose sight of the importance of ideas in a transnational focus. For example: race, she argued, is intricately connected to theological conversations. For Muslims in the United States, religion and race are negotiated through transnational networks whose main nodes are elsewhere, primarily in the Middle East. Kristy Nabhan-Warren, in a paper that would continue to be referenced throughout the conference, emphasized the importance of story-telling and the need for scholars to listen, both to our subjects of study and our students. Over-reliance on paradigms, she cautioned, can hinder our capacity to let subjects speak. Sylvester Johnson argued we need to highlight the framework of the “Americas” in graduate programs. Such training is useful not for going beyond the nation-state, he suggested, but to understand the importance of settler colonialism in the formation of many nation-states, including the United States. The Americas framework is also conducive for incorporating perspectives beyond (yet not to the exclusion of) the Anglo-American Protestantism that dominates the study of American religions.

Commenting, Stephen Prothero raised an important question: are we arguing that global flows in particular demand more scholarship? Or are we suggesting that the global is one geographical frame out of many (e.g., a single church, a neighborhood, a city or local region, a state, a nation, etc . . .)? And how might we relate these various scales in reference to one another? The question of scale seems to me to be not just about where and who we study, but about what we study and how we study it.

Beginning and Ending with Religion and “Religion”

RAAC began with Robert Orsi commenting on what the study of religion means when religion has become “religion.” The final panel, although technically entitled “Liberalism vs. Pluralism” and inspired by Kathryn Lofton’s comment at RAAC 2013 about the defeat of pluralism, ultimately returned to this question. As Ariel Schwartz noted, the room quickly went beyond what was stated in the printed program. The last panel quickly became a sweeping debate over Foucauldian genealogy, studies of secularism, and the question of what constitutes the proper objects/subjects of the study of religion. (Perhaps we can revisit liberalism and pluralism in 2017?)

Stephen Prothero jump-started the conversation by pointing to John Modern’s Secularism in Antebellum America as an example of a rupture in the study of religion away from lived religion, bodies, and historical story-telling towards an emphasis on the construction of categories, especially our own as scholars of religion. The hard-earned fruits of the former, he suggested, might be obscured by the latter. Referencing Sydney Ahlstrom’s classic work, Prothero asked, can we study the religious history of the American people, or must we study the “religious” “history” of the “American” “people”? Prothero asked the audience to picture two doors. The first is genealogical. The second, which he chooses, is the historical ethnographic. Pamela Klassen defended genealogy, pointing to important work that excavates the norms of liberal Protestantism embedded in discourses of pluralism. During the comments, Leigh Schmidt wondered if we can find a middle ground between stories about people in the sense Prothero intended and the importance of categories.

The conversation brought up a number of questions. Is the door metaphor providing us with a false dichotomy? Is the construction of categories necessarily separate from the intimate lives of real people? Why is Modern’s book the main example of the genealogical method? Is genealogy only about scholarly categories? How might the practices of story-telling, emphasized throughout the weekend, relate to the genealogical method? Is “jargon” a crucial part of our scholarly community or a hindrance to the publicity and relevance of our writing? Cara Burnidge, playing with Prothero’s metaphor, asked the room to consider the following: what framework allows for these two doors? That is: this conversation is not only about our field in the abstract. The conversation is about the field’s institutional future, its relationship with other disciplines, and the job prospects of younger scholars.

Overall, this panel was the closest we got to a UFC match. A number of passionate comments from the panelists and the audience signaled the high stakes of the questions posed. It was an all-around provocative conversation.

In my effort to provide a thick account of the conference by focusing on two topics, I am leaving out a number of great panels, papers, and comments that deserve attention. These include but are not limited to: Judith Weisenfeld’s use of the language “religio-racial” and her question of who gets included in the category of “new religious movements”; a lively conversation on the descriptive and prescriptive uses of “civil religion”; and two panels on capitalism that touched on the dominance of neoliberalism, religion’s role in organized labor, and, as Chip Callahan pushed for, a call to attend to how particular practices of work shape and are shaped by particular worldviews. To be honest, most scholars working on religion and the United States (and/or the Americas!) would benefit from reading the proceedings.

Speaking as a graduate student, I want to conclude by noting how RAAC, and similarly organized small-scale conferences that focus on the direction of a particular field, are incredibly useful. Especially for younger scholars, these are energizing conferences that allow you to better contextualize your work in ongoing discussions. We are accustomed to thinking of methodological, theoretical, and historiographical “turns” within a progressive linear timeline. RAAC collapses these turns into a single dynamic space, with contributors of each turn participating. Such a discussion revealed how the pasts and futures of the field are, in fact, very much present and intimate. I look forward to meeting new scholars, visiting and revisiting high-stakes debates, and seeing familiar faces in 2017.

Death, Music, and Ritual: Contemporary Requiems in the Commemoration of Death and Violence

Hoondert discusses the step away from the liturgy associated with requiems as way for today's individual to deal with death or violence in their own way. Still, It is clear that the ritual elements of the requiem remains, hence where this contemporary music fits into the sacral landscape is up for debate.