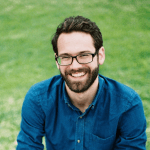 Jeffrey Wheatley is a PhD student at Northwestern University and holds a MA from FSU. He studies American religious history with a focus on religion and race. Past projects have examined relations between African Americans and the Catholic Church and changes in Catholic missions to Native Americans under Grant’s “Peace Policy” in the 1870s.

Recent interests include political theory, comparative global religion and politics, imperialism, and the language of enchantment/disenchantment. My current research project explores US and Philippine modes of governance in the archipelago in the early twentieth century, with a focus on colonial projects’ investment in the dynamics of religion and race. He is on Twitter @wheatleyjt, writes at the American Society for Church History Blog, and is available via email at jwheatley@u.northwestern.edu.