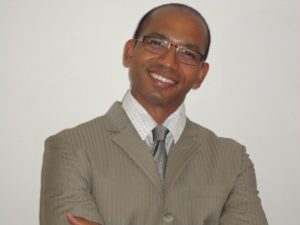 D. Mitra Barua (Ph.D) currently teaches South and Southeast Asian Buddhism in the Department of Religion and Culture, University of Saskatchewan. His academic studies of religion developed in two streams namely Oriental Studies in Sri Lanka (1994-2000) and then Religious Studies in Canada (2003-2011). While the former acquainted him with texts associated with Buddhism and Hinduism, the latter contributed to his understanding of their colourful expressions in historical settings such as Sri Lanka and India as well as in the diaspora (i.e., North America). Mitra completed his PhD in Religious Studies at Wilfrid Laurier University in 2011. His doctoral research examined the reconfiguration of Sri Lankan Buddhism in three historical periods namely colonial Ceylon, postcolonial Sri Lanka and Sri Lankan Buddhist diaspora particularly in Toronto, Canada. He is currently transforming his dissertation into a monograph, provisionally entitled Weaving Ola and Maple Leaves Together: Sri Lankan Buddhists in Toronto (under a contract to Wilfrid Laurier Press, Waterloo, Canada).

Mitra’s research explores the nature and functions of Theravada Buddhism in a minority context, an unexplored research perspective in Theravada studies. Mitra thinks that how Buddhism is perceived and practiced within a minority context noticeably differs from its majority counterpart. As such, he examines contemporary Theravada Buddhism in two distinct locations i.e., North America and the Bengal regions in India and Bangladesh, where Buddhism functions as a minority religion. Mitra is fluent in Bengali and Sinhalese and possess a working knowledge of Lao. These vernacular languages enrich his historical and ethnographic research. He also possesses degree-level competencies in the classical languages of Pali and Sanskrit that enable him to read and understand texts in South Asian religions.

D. Mitra Barua on Immigrant Buddhism in the West

"...Rebranding the Buddhist concept of Harmony to be a more politically comparable term to the Canadian mosaic..." Dr. D. Mitra Barua is an instructor of Religious Studies at the University of Saskatchewan, and has a Masters in Buddhist Philosophy undertaken in Sri Lanka.