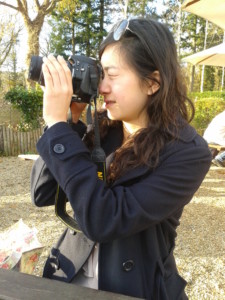 Ting Guo is an Assistant Professor at the University of Toronto, focusing on religion, politics, and gender. She received her PhD in Religious Studies from the University of Edinburgh. Her first book, Politics of Love: Religion, Secularism, and Love as a Political Discourse in Modern China, is forthcoming from Amsterdam University Press. She has published in journals including the Journal of the American Academy of Religion, Method & Theory in the Study of Religion, Anthropology Today, and the Journal of Religion and Film. She co-hosts a Mandarin podcast “in-betweenness” (#inbetweenness #時差podcast #shichapodcast).

Queens of the World | Discourse! October 2022

This month's Discourse! welcomes back Founding Editor Chris Cotter to the host's chair, along with guests Ting Guo and Carmen Celestini. They first discuss Queen Elizabeth II and “mourning” in Hong Kong, and then more broadly. This segues neatly into a conversation about the Filipino conspiracist who has dubbed herself the “Queen of Canada”. They talk about the Iranian protests, and "compulsory hijabs". Finally, they have a wee rant about how religion and spirituality is presented in mental health surveys.

Kicking off our first episode of Discourse!, RSP co-founder David Robertson, Ting Guo, and Jacob Barrett discuss the effects of classification in vaccination resistance, the Texas abortion ban, and the equation of the hijab with oppression. It's an exciting episode—be sure to tune in!

This discussion brings together a number of aspiring academics to reflect on some of the issues brought up in a recent podcast in a friendly and hilarious manner. The question cuts to the core of what academics who study religion are doing… are they taking care of religion? Are they antagonising it? What should they be doing? And judging by the various long tangents through which discussion meanders, the question certainly sparked our interest.