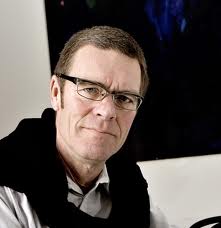 Tim Jensen is Associate Professor, Department of The Study of Religions, University of Southern Denmark, Odense. Since 2005, he has also been General Secretary of the International Association for The History of Religions (IAHR). His interests concern the role of religion in education, law, politics and the media, secularisation and of the study of religion in Denmark. He publishes widely; some recent relevant examples are ”The Muhammad Cartoon Crisis. The Tip of an Iceberg” (Japanese Religions, Vol 31 (2), 2006, 173-185) and “RS based RE in Public Schools: A Must for a Secular State” (Numen, Vol. 55, No. 2-3, 2008, 123-150). Tim’s full profile is available here, and the IAHR’s page is here.

For those of us in Britain the question of Religious Education (notionally 'Religious Studies at primary and secondary school level') has become an ever-increasing issue of concern. Just what exactly should RE entail? Should RE be teaching about religion or teaching religion? Who, even, should be RE teachers? In this interview, ...