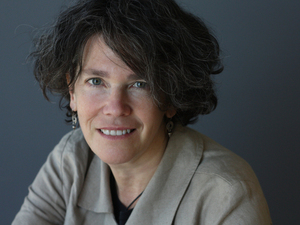 Tanya Marie Luhrmann is the Watkins University Professor in the Stanford Anthropology Department. Her books include Persuasions of the Witch’s Craft (Harvard, 1989); The Good Parsi (Harvard 1996); Of Two Minds (Knopf 2000) and When God Talks Back (Knopf 2012). She trained at the University of Cambridge (Ph.D 1986), and taught for many years at the University of California San Diego. Prior to coming to Stanford she was the Max Palevsky Professor and a director of the Clinical Ethnography project in the Department of Comparative Human Development at the University of Chicago. She was elected to the American Academy of Arts and Sciences in 2003 and received a Guggenheim award in 2007. In general, her work focuses on the way that objects without material presence come to seem real to people, and the way that ideas about the mind affect mental experience. These days she is comparing the way people experience God (on the one hand) and auditory psychotic voices (on the other) in San Mateo, Accra and Chennai, and has ambitions of comparing odd experience around the world.

When God Talks Back was named a NYT Notable Book of the Year Nand a Kirkus Reviews Best Book of the Year. It also was awarded the 2014 Grawemeyer Award for the best book in religion, from the University of Louisville and the Louisville Presbyterian Theological Seminary.

Luhrmann details the rise of evangelicals in the 60’s and 70’s, and how anthropological work can be informed by evolutionary psychology. This serves as a framework to understand the unique training processes that teach an individual that their mind is not only open to their own thoughts, but God’s as well.