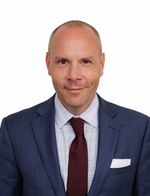 Dr. Peter Mandaville is Professor of International Affairs in the Schar School of Policy and Government at George Mason University. From 2015-2016 he served as Senior Adviser in the Secretary of State’s Office of Religion & Global Affairs at the U.S. Department of State where he led that office’s work on ISIS and sectarian conflict in the Middle East. He has also been a Nonresident Senior Fellow at the Brookings Institution and a Visiting Senior Fellow at the Pew Research Center. From 2011-12 he served as a member of former Secretary of State Hillary Clinton’s Policy Planning Staff where he helped to shape the U.S. response to the Arab Uprisings. He is the author of the books Islam & Politics (2007) and Transnational Muslim Politics: Reimagining the Umma (2001) as well as many journal articles, book chapters, and op-ed/commentary pieces in outlets such as the International Herald Tribune, The Guardian, The Atlantic and Foreign Policy. He has testified multiple times before the U.S. Congress on topics including political Islam and human rights in the Middle East. Mandaville's recent work focuses on the comparative study of religious authority and social movements in the Muslim world, with an emphasis on youth groups, transnational networks, and new media.