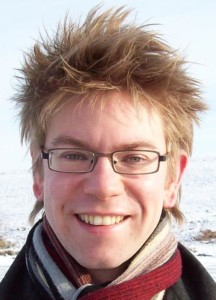 Markus Altena Davidsen is a PhD candidate at the universities of Aarhus, Denmark and Leiden, Netherlands, and assistant lecturer in the sociology of religion in Leiden. Since 2009, he has been working on a PhD project entitled “Fiction-based Religions: The Use of Fiction in Contemporary Religious Bricolage”. In this project, Davidsen attempts to do three things. Firstly, he maps the various ways on which religious groups since the 1960s have been integrating elements from Tolkien’s literary mythology with beliefs and practices from more established religious traditions. This material is used to develop a typology of forms of religious bricolage (harmonising, domesticating, archetypal etc.) which are also at work in alternative spirituality in general. Secondly, he looks at how Tolkien religionists legitimise their religious practice (to themselves and others) given that it is based on a work of fiction. These accounts are compared with what cognitive theory has to say about narratives and plausibility construction. Thirdly, Davidsen treats how the internet has facilitated the emergence of a self-conscious spiritual Tolkien milieu. Some preliminary conclusions from the project are presented in the forthcoming article “The Spiritual Milieu Based on J.R.R. Tolkien’s Literary Mythology”, in Adam Possamai (ed.), Handbook of Hyper-real Religions, in the series Brill Handbooks on Contemporary Religion 5, Leiden & Boston: Brill, 185-204. You can keep up with Markus's work on his Academia page

May the Fourth Be With You