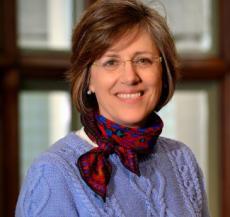 Dr. Maffly-Kipp’s research and teaching focus on African American religions, Mormonism, religion on the Pacific borderlands of the Americas, and issues of intercultural contact. Her publications are many and include: Religion and Society in Frontier California (Yale University Press, 1994), where she explored the nature of Protestant spiritual practices in Gold Rush California; articles on Mormon-Protestant conflicts in the Pacific Islands, African-Americans in Haiti and Africa, and Protestant outreach to Chinese immigrants in California; a recent volume of essays entitled Practicing Protestants: Histories of Christian Life in America, 1630-1965 (Johns Hopkins University Press, 2006) with Leigh Schmidt and Mark Valeri; a co-edited collection of essays about Mormonism in the Pacific World, Proclamation to the People: Nineteenth-Century Mormonism and the Pacific Basin Frontier, (University of Utah press, 2008). Most recently she authored Setting Down the Sacred Past: African-American Race Histories (Harvard University Press, 2010); American Scriptures, a Penguin Classics anthology of sacred texts (Penguin, 2010); and Women’s Work, a co-edited collection of writings by African-American women historians (Oxford University Press, 2010). Currently she is working on a survey of Mormonism in American life that will be published by Basic Books.

Prior to joining the Center, Maffly-Kipp taught for twenty-four years at University of North Carolina at Chapel Hill in Religious Studies and American Studies. She earned her B.A. from Amherst College in English and Religion, summa cum laude, and completed the Ph.D. in American History at Yale University with distinction (1990). She is the recipient of numerous fellowships and grants, including a grant for a collaborative project on the History of Christian Practice from the Lilly Endowment, Inc., fellowships at the National Humanities Center, and an NEH Fellowship for University Professors. Her work in African American religion was honored with the James W.C. Pennington Award from the University of Heidelberg in 2014. Maffly-Kipp is a past president of the American Society of Church History and is serving in 2015-16 as the president of the Mormon History Association.

My conversation with Maffly-Kipp begins with McGreevy's book, expands to include her work on Mormonism in contrast to Catholicism, and ends with a discussion of evangelical historian Mark Noll, in whose honor Notre Dame was originally going to host a conference, but was cancelled at the last minute.