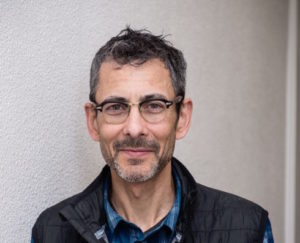 Professor Joseph Bulbulia is the Maclaurin Goodfellow Chair in Theological and Religious Studies at the University Auckland, and is one of the pioneers of the contemporary evolutionary study of Religion. He has been a leading figure in the study of religion in New Zealand for nearly 20 years. He received his PhD from Princeton University, and is a past President of the International Association for the Cognitive Science of Religion and is currently co-editor of Religion, Brain & Behavior.

Professor Bulbulia’s current work seeks to quantify the effect of religion on social responses to test functional theories of religion. Bulbulia is one of four on the Senior Management Team of the New Zealand Attitudes and Values Study, a 20-year longitudinal study tracking over 15,000 New Zealanders each year. He is also an associate investigator for Pulotu, a database of 116 Pacific cultures purpose-built to investigate the evolutionary dynamics of religion.

In this podcast Professor Joe Bulbulia of Auckland University speaks to Thomas White about situating the study of religion within a broader concept of ‘justice’. Bulbulia calls ‘religion and spirituality those features of nature [in the biocultural sense of the word] that combine to cultivate a sense of justice in people’. Bulbulia argues that common across human societies are conceptions of obligation and responsibility: