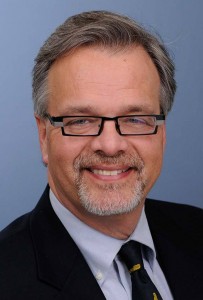 John Hoopes is a Professor in the Department of Anthropology at the University of Kansas (KU). He received his B.A in Archaeology from Yale University under the supervision of Michael Coe and Irving Rouse and his Ph.D. in Anthropology from Harvard University as a student of Gordon Willey. Hoopes has been conducting archaeological fieldwork in Costa Rica since 1978, with projects in the Caribbean lowlands, Lake Arenal (the Proyecto Prehistórico Arenal, directed by Payson Sheets), and the Southern Zone (Golfito). In 1995, he was a Fulbright Senior Fellow at the University of Costa Rica. His most recent project, with archaeologists Silvia Salgado and Mónica Aguilar of the University of Costa Rica, focuses on Nuevo Corinto, a pre-Hispanic settlement near Guápiles in the Caribbean lowlands. He is the author of dozens of articles and book chapters on the archaeology of Central America and has been the co-editor of The Emergence of Pottery: Technology and Innovation in Ancient Societies (Smithsonian Institution Press, 1995) and Gold and Power in Ancient Costa Rica, Panama, and Colombia (Dumbarton Oaks, 2003). Hoopes teaches courses on the archaeology of Mesoamerica, the Central Andes, ancient Mayas, Central America, and critical thinking at KU, where in 2008 he was the recipient of a Kemper Award for Teaching Excellence. Hoopes has had a longstanding interest in the nature of pre-Hispanic social organization, the relationships between cultures and their environments, and pre-Hispanic iconography and religion. His scholarship includes a longstanding interest in the intersections of the Western esoteric tradition, archaeology, and contemporary mythology, and has published several articles, both scholarly and popular, on the “2012 phenomenon.” He teaches a course entitled “Shamanism Past and Present” and in Fall 2013 was a Keeler Intrauniversity Professor in the KU Department of Religious Studies, studying how narratives about ancient cultures inspire religious movements via digital networks.  You can find more of his work on his academia.edu page.

Dressing in Skins of Gods: New Approaches to Aztec Religion

Recent scholarship on Mesoamerican religions has been influenced by Mircea Eliade in a persistent fashion that has yet to be critically addressed. Molly Bassett is an enthusiastic advocate for studying Mesoamerican religion, a welcome new direction in Religious Studies. She credits the critical mentorship of David Carrasco, Neil L. Rudenstine Professor of Latin America Studies at the Harvard Divinity School. Although she does not mention this, his influence makes her an intellectual “granddaughter” of Mircea Eliade, ...