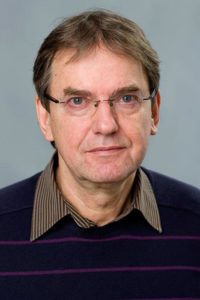 Gabor Klaniczay is University Professor of Medieval Studies at Central European University, Budapest, where he is also Head of Department. He is a member of the Committee of History at the Hungarian Academy of Sciences (since 2014). He is specialized in late medieval Christianity within a historical anthropological approach. His research interests are related to the cult of saints, stigmata, popular religion, and witchcraft, situating central European religious culture in the broader European context. Recently, he has also delved into 19th and 20th miraculous events.

Doctors and Stigmatics in the 19th and 20th centuries

In this week's podcast with Gabor Klaniczay we learn about cases of stigmata during the 19th and 20th century in Europe, where medical discourses clashed with as well as supported religious discourses about the authenticity and meaning of famous stigmata cases like Italian Padre Pio.