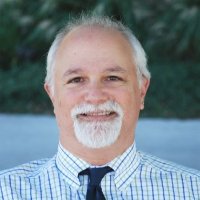 Eric Michael Mazur (B.A., M.A., University of Virginia; Ph.D., University of California, Santa Barbara), is the Gloria & David Furman Professor of Judaic Studies, professor of religious studies, and director of American studies at Virginia Wesleyan College (Norfolk, Va.), where he teaches courses on Judaism, religion in American culture, and the academic study of religion.  His work has appeared in the Journal of Church and State, Insights, Social Justice Research, and Social Studies, as well as in edited volumes on religious freedom, the sociology of religion, race and politics, popular culture, the arts, Bing Crosby, and Native American studies, and encyclopedias of religious liberty, religion in America, and race, ethnicity, and society.  He is the author of The Americanization of Religious Minorities: Confronting the Constitutional Order (The Johns Hopkins University Press, 1999), co-author of Religion on Trial: How Supreme Court Trends Threaten Freedom of Conscience in America (with Phillip E. Hammond and David W. Machacek, Alta Mira Press, 2004), co-editor of God in the Details: American Religion in Popular Culture (with Kate McCarthy, Routledge, 2001; 2nd edition, 2010), and editor of Art & the Religious Impulse (University Presses of America, 2002) and The Encyclopedia of Religion & Film (ABC-CLIO, 2011).  He is currently working on Church & State in America for Columbia University Press’s “Contemporary American Religion” series. Eric is an editorial board member of the Journal of Religion and Theatre, book review co-editor for the Journal of American Culture, a past editorial board member ofSouthern Jewish History (the journal of the Southern Jewish Historical Society) and the Journal of Religion & Popular Culture (where he was also the book review editor), and a past co-chair of the Church-State Studies Group of the American Academy of Religion.

Before completing his doctoral work, Eric served as a public interest lobbyist in Washington, D.C., where his portfolio included issues related to civil rights and the separation of church and state.  Eric has also taught courses at the University of California, Santa Barbara, the California State University, Chico, and Bucknell University, where he was a member of the Religion Department for ten years, as well as a coordinator of the American studies and legal studies minors.

In this interview with Brad Stoddard, Professor Eric Mazur discusses a variety of issues relating to religion and law in the USA, such as the evolving state of First Amendment jurisprudence, the Religious Freedom Restoration Act, dominant trends in the study of religion and American law.