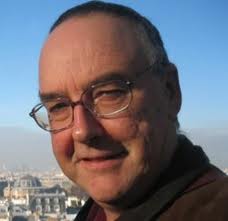 Callum Brown is Professor of Religious and Cultural History at the University of Dundee. He is a social and cultural historian with special research interests in religion and secularisation in the post 1750 period - especially in the 20th and 21st centuries - mostly in Scotland and Britain, but also Canada, USA and Ireland.

He is currently involved in the project A Social and Cultural History of Modern Humanism, covering Scotland, UK, Ireland, Canada and USA and using especially oral history focusing on the social and cultural origins of individuals' humanism, looking at issues like family background, religious experiences, and cultural alignments. He is also about to publish Religion and the Demographic Revolution: Women and Secularisation in Canada, Ireland, UK and USA since the 1960s (London, Boydell & Brewer), which looks at demographic behaviour in the North Atlantic world, and the correlations between gender change, the sexual revolution, changes in patterns of marriage and cohabitation, and changes in religious ritual (such as religious solemnisation of marriage, baptism and funeral rites), and incorporates considerable statistical research.