The Varieties of Environmental Myth-Making

Stories can "exert an agentic force" that makes them powerful tools for environmental action among the nonreligious for whom belief is a weak analytic category argues Lisa H. Sideris in this response to our interview with Tim Stacey. 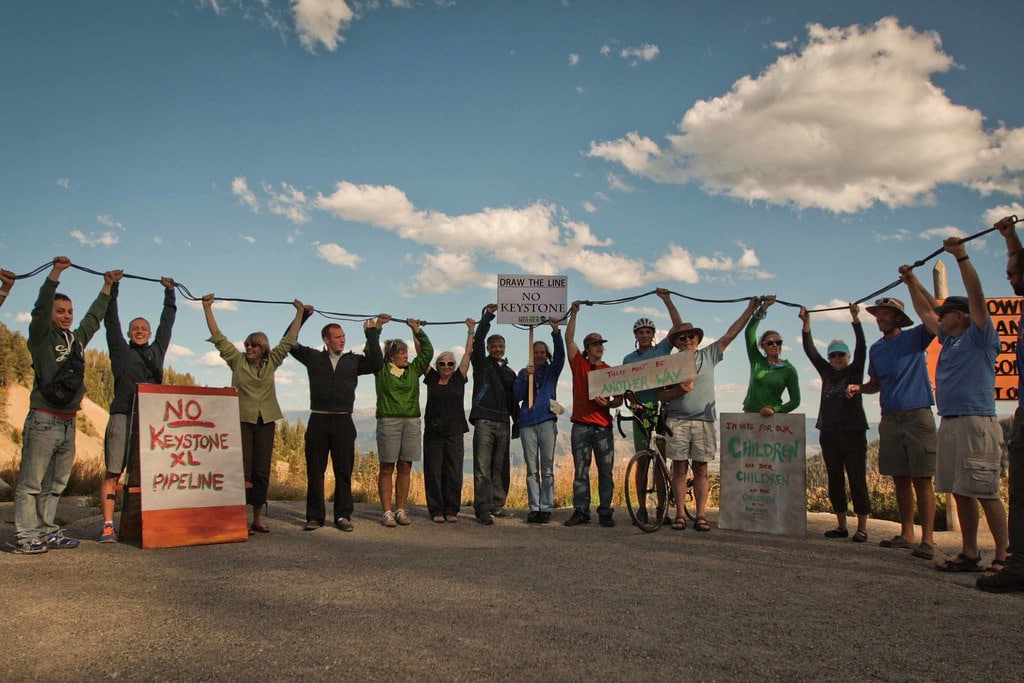 Lisa H. Sideris is Professor of Religious Studies at Indiana University. Her areas of research include science and religion and environmental ethics, with particular attention to Anthropocene narratives, ethics and technologies, and the implicit religiosity of emerging environmental technologies like de-extinction. Her most recent book, Consecrating Science: Wonder, Knowledge, and the Natural World, critically examines the role of wonder in environmental discourse, with a focus on science-based eco-spiritual movements that narrate evolutionary and cosmic history in order to inspire wonder and care for the natural world. In July 2021 she will join the Environmental Studies Program at the University of California, Santa Barbara.

Lisa H. Sideris is Professor of Religious Studies at Indiana University. Her areas of research include science and religion and environmental ethics, with particular attention to Anthropocene narratives, ethics and technologies, and the implicit religiosity of emerging environmental technologies like de-extinction. Her most recent book, Consecrating Science: Wonder, Knowledge, and the Natural World, critically examines the role of wonder in environmental discourse, with a focus on science-based eco-spiritual movements that narrate evolutionary and cosmic history in order to inspire wonder and care for the natural world. In July 2021 she will join the Environmental Studies Program at the University of California, Santa Barbara.

The Varieties of Environmental Myth-Making

Like many areas of research in religious studies, the intersection of religion and the environment—or religion and ecology, as it is often called—bears the imprint of an inordinate emphasis on belief. Consider the oft-repeated claim that climate skepticism among U.S. evangelical Christians springs from end-times beliefs that orient believers to the world to come, obviating any need to care for Earth. Or note the widespread assumption that dogmatic adherence to Biblical claims regarding human dominion over nature is the root cause of environmental harms in the Western world. Some religion scholars work to problematize these sweeping claims by exploring the subcultures and social worlds of religionists, or by highlighting the fragile and complex (and sometimes nonexistent) links between what people believe and what they actually do in and with nature. Still others investigate ostensibly secular but religion-resembling environmental practices, rituals, and communal activities—phenomena that might go unnoticed in a “world religions” approach that combs through the sacred texts and propositional beliefs of long-standing global traditions in search of environmentally friendly resources. What insights might be gained by attending instead to expressions of nature-spirituality inspired by Disney films, or forms of environmental activism prompted by childhood memories of witnessing the destruction of beloved landscapes?

Timothy Stacey’s work on “non-religious” imaginaries continues this promising trend away from a narrow focus on belief and nonbelief, but with particular emphasis on myth-making.  Preoccupation with belief and non-belief is unduly polarizing in its implication that believers and non-believers engage the world in radically different ways. It also obscures our understanding of how religious or religious-like imaginaries operate among individuals who do not consider themselves religious. Stacey’s attunement to storytelling practices and imaginative worlds of “implicitly or subtly non-religious” people—individuals for whom not being religious is not a central feature of their self-identification—casts new light on what motivates people to bond with nature. When asked what drives her community organizing work, one of his informants surprises Stacey by answering “whales.” Time and again, his informants express a kind of “new animism” couched in stories and myths that empower activists to push harder for the causes that concern and inspire them. Animals themselves sometimes figure prominently in these mythologies as agents or characters, as with tales of altruism among killer whales, or solidarity among salmon. “They start speaking of them … as characters in a story,” Stacey notes, “and that becomes transformative.”

These reports of animistic connection and “magical” moments between human and nonhuman (or fictional) worlds cohere with the findings of religion scholars who take an ethnographic approach or otherwise explore the environmental and spiritual imaginaries of their research subjects. Bron Taylor describes the affinity many activists feel for the tree-being Fanghorn, from Tolkien’s Lord of the Rings. In conversation with Taylor, primatologist Jane Goodall draws connections between her appreciation for tree-beings and the “great Greek myths in which nature is full of personalities” (p. 28-9). Sarah Pike interviews young eco-saboteurs who risk their lives in logging protests and pipeline blockades. These activists derive motivation for their work from the beauty of the forest camp they have christened “Middle Earth,” a reference to “Tolkien’s enchanted world of monstrous wolves and eagles, wizards and elves, shape-shifting bears and tree-like beings” (p. 77).

Stacey’s work similarly underscores the power of stories to exert an agentic force, often in ways we do not consciously recognize. When an individual confronts a moral dilemma, a character from film or fiction may spring to mind, bidden or unbidden, as a guiding light (Stacey himself admits to imaginatively invoking Tolkien’s character Frodo in this manner). It would make little sense for a scholar to inquire of informants whether or not they believe in such characters. Yet these “unreal” agents wield power that can have very real effects. Interestingly, as suggested by Chris Cotter’s line of questioning in his interview with Stacey, the same point applies to self-identifying religious believers. An affirmative answer to the question “Do you believe in God?” may not reveal much of interest because this query fails to elicit reflection on how that belief is narrated or performed, and how the storying of that belief places the individual within the narrative’s trajectory.

This insight calls to mind an environmental campaign launched in the early 2000s by the Evangelical Environmental Network (EEN). In an effort to convince the faithful that climate concerns already are Christian concerns, EEN created a television ad that aired in parts of the Midwestern and Southern U.S. It depicts the harmful impacts of CO2 emissions from SUVs on children and the poor, and concludes by posing the question: “What would Jesus drive?” Here the issue is not so much whether one believes in Jesus, but how one imagines Jesus’s agentive power as modeling care and compassion. Viewers can locate their own values in relation to a storyline about an inspirational figure. A similar approach guides the work of climate scientist and evangelical Christian Katharine Hayhoe. In contrast to the insistence of some conservative pundits that Christians cannot believe in God and “believe” in climate change simultaneously, Hayhoe communicates climate concerns by constructing a narrative that connects the dots between Christians’ self-proclaimed values and the disproportionate impacts of climate disasters on the world’s poor and vulnerable. She sidesteps questions about belief, in favor of bringing “attitudes and actions more closely into line with who [Christians] already are and what we most want to be.”

While focusing on belief can be polarizing, Stacey suggests that myth-making may be an effective route to cultivating solidarity. My own work critically engages the environmental myth-making efforts of scholarly and popular initiatives commonly labeled “The Universe Story,” the “Epic of Evolution,” or “Big History.” These narratives tell the sweeping story of our universe, from the Big Bang up to the Anthropocene. By placing our species within a deep-time narrative, these storytellers hope to unite humanity around a common, science-based—i.e. true—origin story that can provide meaning and purpose, and collectively orient humanity toward environmental responsibility. It is interesting to juxtapose these myth-making activities with those Stacey describes. Like his informants, the target audience of my cosmic myth-makers includes many non- or implicitly religious people—individuals who lack particular religious commitments but incline toward the spiritual meanings and satisfactions of science (think: Unitarian Universalists).

Unlike Stacey’s “everyday” myth-makers, however, these storytellers construct grand and glossy narratives in ways that are anything but unconscious or spontaneous. These carefully curated cosmic stories select particular pieces of scientific information and stitch them together in widely-screened documentaries with slick production values. These myth-makers are decidedly fixated on belief and its benefits: belief in the evolutionary story as real and true, belief in its power to tell us who we really are. In short, they enshrine a religion of reality: “If it’s real, we believe in it.” In their investment in creation stories as integral to human existence, cosmic myth-makers enact a peculiar return to scriptural literalism by way of science. Stacey’s work illustrates how environmentalists construct their own worlds—“the plot of their own lives”—through personally meaningful stories, rather than receiving these myths from authoritative sources “on high,” whether religion or science. It may well be that potent forms of solidarity and motivation flow from the more organic, less systematized varieties of unbelief and myth-making his work uncovers.