The Perils and Promise of “Authenticity”

The RSP interview with Doctors Theodora Wild croft and Stephen Jacobs about the adoption (and/or appropriation) of kirtan in British culture interested me tremendously, as my own work focuses on Filianism—a New Religious Movement in Britain that, although not arising directly out of Hinduism, has frequently employed Sanskrit terms and elements of Hindu iconography to present itself to the public.

This podcast explores how Hindu belief and traditions have been incorporated into modern western practices. An overview of the British kirtan community and the Art of Living movement is followed by a discussion of authenticity, reconciliation of tradition and modernity, and the influence of popular culture.

The Perils and Promise of “Authenticity”

The RSP interview with Doctors Theodora Wildcroft and Stephen Jacobs about the adoption (and/or appropriation) of kirtan in British culture interested me tremendously, as my own work focuses on Filianism—a New Religious Movement in Britain that, although not arising directly out of Hinduism, has frequently employed Sanskrit terms and elements of Hindu iconography to present itself to the public.

To describe the relationship between Filianism and Hinduism quickly becomes a very complicated negotiation of discourses, however. Looking in from the outside at its “matriarchal translations” of the Devi Gita, at the common presence of Sri Tripura Sundari on its websites, or at the often-repeated explanations of its trinitarian thealogy in terms of the Trimurti, a researcher who is not a Filianist might say that Filianism borrowed from Hindu thought and tradition during its formation in the 1970s. An adherent of the religion, however, would see all of these elements simply as recognitions of a common, divine origin for both religions, and a concomitant effort to explain a new form of the perennial Tradition in the more familiar terms of one of its oldest instantiations.

The early Filianists were highly influenced by René Guénon, who famously wrote that: “In a traditional civilization it is almost inconceivable that a man should claim an idea as his own … if an idea is true, it belongs equally to all who are capable of understanding it…” Our academic parlance, whether we speak of “borrowing,” “adoption,” “appropriation,” or any similar term, assumes at the outset that a given doctrine or a given practice can be (and is) owned by a particular culture or tradition. For many of the religious subjects we study, however, this notion borders on the nonsensical. Many indigenous peoples have protested against copyright claims on their traditional knowledge and practices not because they see their “intellectual property” as being taken, but because they consider it a category error to assert a property claim on knowledge (a position many Native American/First Nations groups took regarding land as well). The interview itself points out that Britain exhibits a much less acrimonious debate on cultural appropriation than the United States, perhaps not despite, but because of, its colonial history and its consequently more robust intellectual and cultural exchanges with the Subcontinent, where the concept of the Sanatana Dharma challenges modern notions of intellectual property and the origin of culture in much the same way that Guénon’s “Tradition” does.

Of course, there are groups and individuals for whom the idea of appropriation in religious matters is pointedly not nonsensical. Judaism, for example, clearly claims, if not an ownership, then certainly a stewardship of the Mosaic Code and its related practices, and there is likewise an implicit understanding in Roman Catholicism that the Rosary was given by God to the Church as God’s authorized agent. These groups are not exceptions to Guénon’s rule, as they do not claim to be the originators of the ideas in question. Instead, they claim a divinely appointed title to the content of a revelation as its authorized interpreter or preserver. As academics, we must therefore be particularly wary of the way in which, although operating out of a fundamentally different intellectual paradigm in treating these ideas as cultural products owned by creators (rather than revelations owned, ultimately, by the Creator), our reflexive ascription of cultural ownership may serve to validate particular faith claims against others and thus violate our generally supposed neutrality. To take up a concern about the “appropriation” of kirtan, for example, risks, on the one hand, boorishly overriding the nuanced conceptions of many Hindus who are happy to share the practice with the world, and, on the other, playing into the narratives of Hindu nationalists seeking to assert claims on Indian heritage against their Muslim and Sikh neighbors.

With this in mind, I was struck by how well the approaches to understanding authenticity exhibited by the kirtan players and by Filianists seem to complement one another. In describing the kirtan community, Doctor Wildcroft notes how, while drawing on understandings of authenticity rooted in origins and experience, they tend to give precedence to demonstrated commitment to the practice of the art form; it is participation in, and mastery through, an artistic or craft lineage that determines one’s authenticity, much more than membership in a particular cultural heritage.

The early Filianists, in seeking to elaborate their central teachings on divine femininity and the approach to God as Mother, drew on a wide array of cultural resources, connecting their thought and practice with symbolic and ritual parallels in Catholic Marian devotion, Shakta Hinduism, and Buddhist veneration of Guanyin, among other traditions. In doing so, they attended to questions of authenticity in origin not only by making a Traditionalist claim on the ultimately divine origin of all the referenced traditions, but also by putting forward adherents from English Catholic and South Asian backgrounds, respectively, to elaborate their teaching in a comparative perspective.

More significantly, however, they began to elaborate a distinction between what they called “living stream” traditions and ancient ones. Devotees were (and are) actively encouraged to approach God through Catholic, Hindu, and Buddhist images, seeing in Mary, Shakti, Tara, Guanyin, and other figures canonical representations of God providentially preserved through the period of patriarchy. Instructions are even provided on how to select Marian and other statues and icons that best align with Filianic doctrine and symbolism. Despite having close connections in their early years with groups like the Fellowship of Isis and other Neopagan-affiliated movements, however, Filianists came to avoid the use of images of ancient goddesses (despite regarding them as valid in themselves and not infrequently using them as points of academic comparison for teaching purposes). Their reasoning was (in part) that, in the absence of a “living stream” tradition of worship to interpret and adapt understandings, modern people are simply too far removed from the mentality and spiritual outlook of their ancient ancestors to be capable of integrally understanding the symbolism of ancient traditions.

In this way, Filianism came to challenge common but simplistic notions of cultural membership and inheritance to argue, effectively, that a European making active use of symbols or images from Classical Greco-Roman culture is more appropriative than a European making use of symbols or images from Indian or Chinese culture, precisely because it is possible, as Doctors Wildcroft and Jacobs note is common with kirtan, for a European to go sit at the feet of a living practitioner of a foreign devotion or spiritual practice and gain detailed understanding by such discipleship, whereas it is no longer possible to go study under a Greek or Roman teacher, and any active use (as opposed to simple study) of those traditions will perforce be counterfeit in a way that the use of “living stream” traditions need not be.

If we, as academics, are to navigate our way with prudence between the Scylla of speaking over some stakeholders’ viewpoints and the Charybdis of inadvertently legitimizing other stakeholders’ claims—we would do well, perhaps, to adopt a perspective like that of the Filianists and the kirtan players, recognizing authenticity and ownership as arising not merely from origin and inheritance, but more powerfully from (earnest and aware) participation and practice. Perhaps authenticity, rather than being a prerequisite for legitimate borrowing, should be understood as its result. 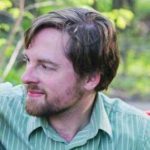 Race MoChridhe (MRS, Nations University) is an independent scholar of religion whose work focuses on the Oxford Goddess Revival in 1970s Britain and its descendent movements—a topic on which he presented to this summer’s PAEAN conference and has a chapter in a forthcoming anthology from Gylphi Press. He is also a past contributor to ABC-CLIO’s Encyclopedia of Women in World Religion, a former editorial intern at Feminism & Religion, and an occasional public speaker on religious literacy issues, in addition to quickly becoming a semi-regular respondent at the RSP. You can learn more about his work at his website.