The Invention of the Emerging Church Movement

It might help to consider what exactly terms like “The Emerging Church Movement” (ECM) and its terminological correlates (e.g., emerging, emergence, or emergent) intend to describe. Social scientists frequently employ contested categories or concepts (Beckford 2003, 13) in the description and analysis of ethnographic data. In other words, a conceptual gap often exists between emic self-description and etic secondary formulation. Informants don’t always acknowledge or accept scholarly terms and definitions. 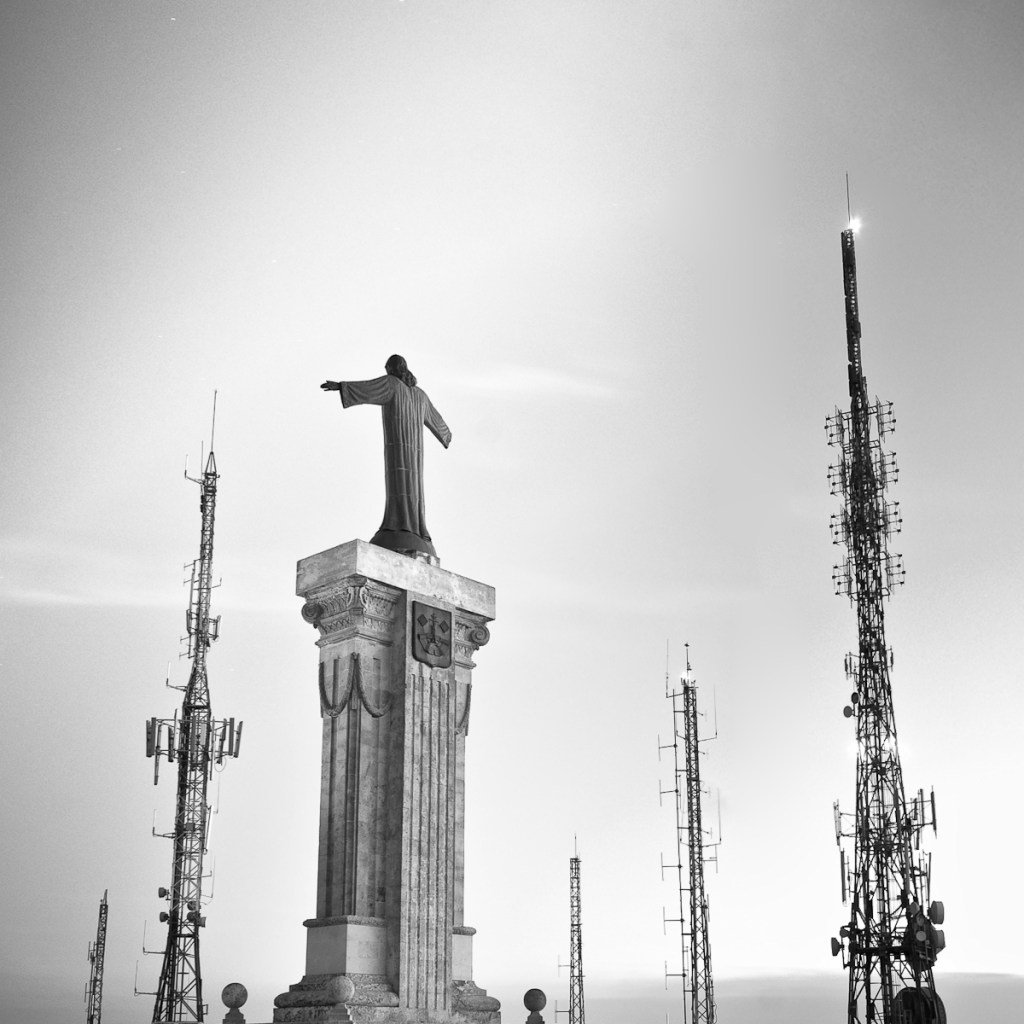 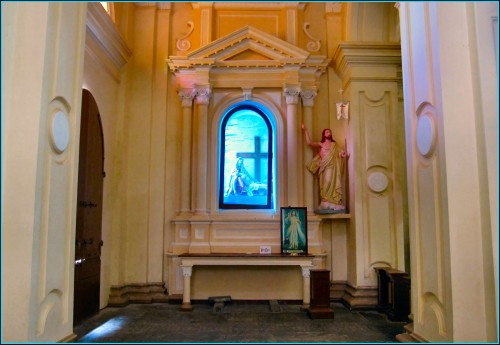 Social scientists frequently employ contested categories or concepts (Beckford 2003, 13) in the description and analysis of ethnographic data. In other words, a conceptual gap often exists between emic self-description and etic secondary formulation. Informants don’t always acknowledge or accept scholarly terms and definitions. Using Gladys Ganiel’s recent and informative interview as a springboard which with to address her and sociologist Gerardo Marti’s book, The Deconstructed Church: Understanding Emergence Christianity (OUP 2014), the following response considers such a conceptual gap by briefly exploring the politics of secondary appropriation, i.e., the implementing of first-order terms for second-order purposes. Before weighing the implications of informant resistance to secondary definitional work, however, it might help to consider what exactly terms like “The Emerging Church Movement” (ECM) and its terminological correlates (e.g., emerging, emergence, or emergent) intend to describe.

According to one of Marti and Ganiel’s informants, the ECM is “Christianity for people who don’t like Christianity” (7). The movement—assuming for a moment that it constitutes such an entity—arose in the 1990s in a series of critiques of popular evangelical subcultures, ecclesiology, and theology. Marti and Ganiel define Emerging Christians as a particular group “sharing a religious orientation built on a continual practice of deconstruction” and characterize the ECM as “an institutionalizing structure, made up of a package of beliefs, practices, and identities that are continually deconstructed and reframed by the religious institutional entrepreneurs who drive the movement and seek to resist its institutionalization” (25-26). Other social scientists have qualified the phenomena as consisting of (post- or quasi-) evangelical discontents who, experiencing a “severe disenchantment” with broader evangelicalism, engage in a particularly intentional movement of religio-cultural critique (Bielo 2011, 5-6), or as a do-it-yourself, postmodern, inclusive, grassroots, anti-institutional force (Packard 2012). Individuals engaging in these conversations of inevitably structuring, institutional resistance to institution itself often describe themselves as undergoing processes of de-churching (i.e., as de-churched; Packard 2012) or de-conversion (Bielo 2011). Much more might be said about the people who identify through non- or anti-identification maneuvers along these lines. But what I find especially interesting is the secondary, scholarly work that goes into proposing an authoritative definition and subsequent definitional criteria and then determining, via elaborated definitional grids, who counts as part of the proposed order.

Marti and Ganiel, to be sure, are well aware of the issues involved in the positing and defending of secondary taxonomies. “In attempting a social scientific analysis,” the authors clarify early in the introduction to The Deconstructed Church, “we acknowledge that we focus on a set of groups that resist definition.” Such resistance, they continue, is at times even “passionate and obsessive” (5). Few dialogical insiders, further, are willing to define whatever it is that the moniker “ECM” attempts to delineate, as its diverse constituents embrace irony and contradiction and lack “systematic coherence” (5). In fact, “avoiding labels is part of avoiding stigma” and even socio-cultural identities based in rejection of labels might indeed constitute a group identity if enough persons coalesce within and around a similar critical stance. All of this strategic secondary work of naming and defining seems justified, at least to a point. I’d argue, recalling Jonathan Z. Smith, that the job of the scholar is to produce and defend illustrative, second-order, taxonomic terms; classifying for reasons of elucidation and illumination is at the heart of the academic and religious studies endeavor (Smith 1982).

But regardless of the ECM’s amorphous and messy self-descriptions, such ambiguity does not dissuade Marti and Ganiel from formulating a definition. Instead, “rather than noting its ‘anti-institutional’ orientation and succumbing to a hopeless lack of definition,” the scholars delineate not only a definition but a multiple-part characterization of (or criteria list for) the entity (for lists of qualifying attributes or characteristics, see Marti and Ganiel 2014, 29-30; Packard 2012, 7-10, 145-165; Bielo 2011, 10-16). The ECM, then, as a nebulous “congregational movement” (55-56), mostly resists insider definitional clarification even though, as Bielo demonstrates, “The Emerging Church” label itself has emic—not etic—origins. Even though social scientists employ the term, Bielo considers its dubiousness. “The [‘Emerging Church’] label itself is increasingly of little interest to adherents as a meaningful self-identifier,” he writes, “but the movement it was intended to capture continues to thrive” (2011, 5). Here we witness the categorical resistance followed abruptly by a deliberate scholarly adoption or appropriation of the term. Bielo’s strategy, along with those of social scientists to follow, is a secondary maneuver; theological terms become academically productive and useful as they move from native to exterior domains.

Late-modern informants well versed in post-modern, anti-essentialist philosophy and post-colonial theologies don’t often like labels. Ascribing to a particular category is not simply a theological choice made in some imaginary free market arena of American spirituality; self-identifying is a politically laden and significant act, a tactic that requires potential constituents to make close consideration of the implications that aligning with a certain collective will have (and especially a non-traditional, boundary pushing, and theologically suspect one, according to some sectors of evangelicalism). With the use of secondary terms such as emergence Christianity or even “the ECM” we witness emic rejection but subsequent etic adoption, a veritable domain switch in a terminological sense.

“Invention,” a word I used in the title of this response, is surely too strong of an action word to use in this case. But the ECM is nonetheless a thoroughly problematic category. Not many people, if we take the existing works on the phenomenon as standard, self-identify with or see as meaningful proposed (i.e., adopted/adapted) scholarly descriptive terms. But Marti and Ganiel have given us one of the most important analyses to date of a set of events and developments we might at least provisionally agree to categorize under the heading(s) in question. Personally, however, I find questions of terminological genealogy most interesting. Why emerging or emergent church or emergence Christianity as classifications and not, say, post-evangelical or missional as ones? (I wonder if most scholars might agree that the application of entirely generic, social scientific terms, in place of emically derived ones, would prove an unproductive exercise. Don’t our informants need to recognize themselves in the works about them we produce?) In the staking out of what terms denote—academically, secondarily—Ganiel and Marti’s book is a helpful example of the ways scholars and collaborators mete out meaning, in a quasi-collaborative sense, through words, labels, titles, and terminologies in a relational, dialogical, even circular, fashion. No, “invention,” then, is too simple a qualification. We might amend the title of this response, more appropriately, to something like “The Invention of the Emerging Church Movement as a Productive Scholarly Taxon.”

[An extended version of this post can be found at the author’s blog site.]

Douglas, Mary. 1980 [1966]. Purity and Danger: An Analysis of the Concepts of Pollution and Taboo. Boston: Routledge & Kegan Paul.

Today we are joined by Dr Dominic Corrywright of Oxford Brookes University in the UK, to discuss current developments in higher education pedagogy, the challenges and opportunities that these present for Religious Studies, and some practical examples from Dominic’s own experience.

In this week's podcast, Hans Van Eyghen sits down with Professor Michael Pye to discuss the  various historical, political, and social factors that have impacted Japanese Shinto. Though Shinto is widely known as the indigenous religion of Japan, it is rarely discussed in detail and has attracted little attention from scholars. In this week's podcast,

Against Invention: A richer history for ‘Hinduism’

In this interview Associate Professor Will Sweetman talks to Thomas White about the idea that ‘Hinduism’ and many of the other terms we use to classify religions—including the term religion itself—are modern inventions, emerging out of nineteenth-century inter-cultural contact and European colonialism. Will argues against this critique, and to make his case he draws on historical sources that discuss ‘Hinduism’ both outside of the anglophone ...

It's ideology, religion and conspiracy all the way in this month's Discourse! David G. Robertson is joined by Suzanne Owen and Craig Martin to discuss the Sun's mockery of pagans, problems with the Guardian's headline that people are returning to the Church, coronavirus conspiracies in India targetting Muslims, and how "idiology" (or one idiology, anyway) is pushing the religion out of religious studies.