The Inauthenticity of New Media

When it comes to media and the study of religion, Travis Cooper says "scholars need to ask more compelling questions, moving beyond overly simplistic binaries and dualisms to think in terms of scales and networks, degrees and systems, connection and difference." 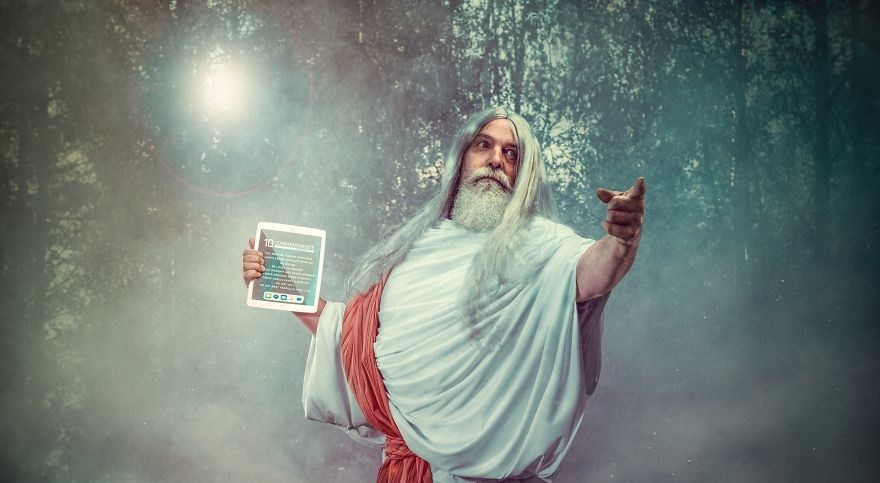 The Inauthenticity of New Media

Everyone seems to have an opinion about the Internet. Sometimes these arguments are positive, but more often they are critical. Survey online news media to sample the width and breadth of these suspicious takes: Dataphones are addictive. Social media foster superficial, inauthentic communicative interactions. The Internet is eviscerating civil discourse. Digital technologies are eroding sociality and kinship. And these are not just journalistic opinions; these are the positions of scholars. On more occasions than I care to count I’ve have had to justify to bewildered colleagues why I would write a book about digital media practices or invest my attention on things like blog posts and hashtags and Twitter debates. In the academy, at least as per my experience, Tweets and Instagram images are far less prestigious scholarly artifacts than ancient texts or dusty archival records. The assumption fueling many of these discussions is that Internet communication is inherently inauthentic, vulgar, and ephemeral.

Listening to this interview between three students of media and religion, broadly conceived—Suzanne Owen, Vivian Asimos, and Tim Hutchings—I was struck by these scholars’ clever strategies for pushing back against essentialist media ideologies.

Asimos identifies the distinction, in academic discussions and beyond, between “the real world versus the online world, or the virtual world, or the digital world.” For Asimos, such distinction marks the online or virtual world “as completely not real and therefore all communities formed, all relationships had, all experiences are therefore painted as not real.” To counter the binary, Asimos opts for a third category, the physical world, which, although equally problematic, does free the scholar from making normative pronouncements about our subjects’ perceptions of reality.

Likewise, in fantasy fiction communities of reception, Owen comments, people distinguish between primary and secondary worlds, wherein “primary” is “meant to be the ‘real’ world.” For Owen, this is somewhat of a “false boundary.”

Hutchings also describes this conundrum in the context of his research with online churches. “I started out thinking, well, it’s online churches versus offline,” he comments. “But that doesn’t make sense because lots of those offline churches have websites or some sort of online presence.” Even offline churches make use of informational websites or email listservs. In short, these churches are “not digital-free spaces” but are “mediated differently in some way.”

Here, Hutchings parts ways with Asimos’s preference for the third category of the physical. As he argues, “physical, to me, didn’t quite work either because we use physical technologies to connect with digital technologies as well as anything else.” Hutchings has resorted to distinguishing between “the online and the local,” in attempt to “catch that sense of a thing that is different.” He admits that even after years of experience studying online congregations his terminology is “still not quite right.”

Hutchings’s humility on the subject accurately reflects what is a densely mediated and complex situation. His comments remind me of new media scholar Wendy Chun’s argument that new media are “wonderfully creepy” because they redefine the previously cherished boundaries of modern life. Concepts such as public and private, new and old, online and offline make less sense than they used to.

But as some scholars have suggested, should we reject the online/offline binary in entirety? Think about middleclass American households, Google Home, and other smart appliances. Think about wearable technologies, such as Apple Watch and Fitbit. More and more, these domestic and habitual applications blur the distinction between discrete domains. In certain contexts, living an offline existence is becoming less a possibility.

According to Hutchings, rejecting this distinction “doesn’t quite work for the groups I’m looking at because the value of the online space is partly that it is not the face-to-face.” For this scholar’s subjects, the online domain is both real and “sort of not quite real at the same time.” Hutchings proposes that rather than reproduce misleading binaries, it’s perhaps best to conceive of the digital as a playful third space that is both qualitatively different from the physical world but inextricably linked to and even constitutive of it.

It turns out that social media interactions are reconfiguring conceptions of what counts as authentic or inauthentic. As this discussion’s moderator, Christopher Cotter, suggests, there are situations online wherein people report feeling “less filtered” and “more ‘real.’”

From the perspective of my research among digital post-evangelicals, Cotter’s point holds. New media have complicated, even contradictory effects when it comes to power. Progressive Christians use digital technologies to challenge what they see as a conservative evangelical hegemony. For non-mainstream collectives, new media empower and give voice to marginal groups (who in pre-digital times would have lacked such a platform). At the same time, these communities are sensitive to the fact that dominant religious institutions also harness social media in effort to control orthodoxy and manage ecclesial boundaries. Regardless, they use blogs, podcasts, Twitter, Skype, Facebook, and Instagram to experiment with new modes of authenticity and in doing so challenge and reshape conceptions of orthodoxy.

Digital media may also be altering structures of power within academic circles and scholarly life. Bringing the situation around full circle, Asimos discusses in detail how anonymity in online scholarly interactions can in some situations flatten out existing hierarchies:

What I found, at least when, say, talking with academics who have a bit of a bias against virtual worlds, to kind of paint something more broadly there, they tend to say that because things can be anonymized therefore you can’t trust anything. What I found during my fieldwork as well as just from my own various online spaces at various points in my life, is that there was still an identity that is tied to username. Often users can feel more empowered to act in a way that they might not be able to.

In this scholar’s experience and research, username anonymity did not flatten out authentic interactions but allowed for it in ways not possible in the physical, face-to-face world. Asimos notes how in some cases anonymity can ease up on biases traditionally based on gender, race, and age. For herself and her subjects, anonymity generates authenticity, not vice versa.

What this roundtable discussion highlights well, I think, is the arbitrary, contextual, site-specific character of authenticity discourse about online interactions. Physical vs. immaterial, real vs. digital, real vs. virtual, offline vs. online, face-to-face vs. mediated: these dualisms are perhaps initially, comparatively helpful but in the long run do very little to observe and describe the hybridity and creative complexity of expressive discourse in the age of the digital.

As the discussants point out, scholars need to ask more compelling questions, moving beyond overly simplistic binaries and dualisms to think in terms of scales and networks, degrees and systems, connection and difference.

For Hutchings, to conclude, wondering what counts as “real” church isn’t conducive. It’s far more interesting to let groups self-define, debate, manage, and maintain their terminologies. The most pressing questions for scholars of digital religion, rather, should be: Who gets to decide what is real or not? and What are the strategies and tactics by which the digital religious determine and apply their standards of authenticity?