In her response to our episode on Ancient Christian Origins with Bill Arnal, Michelle Sdao cites the risks of "methodolatry" and highlights emerging scholarship and methods on the edges of the disciplinary divides among religious studies, textual criticism, New Testament Studies and other allied fields. 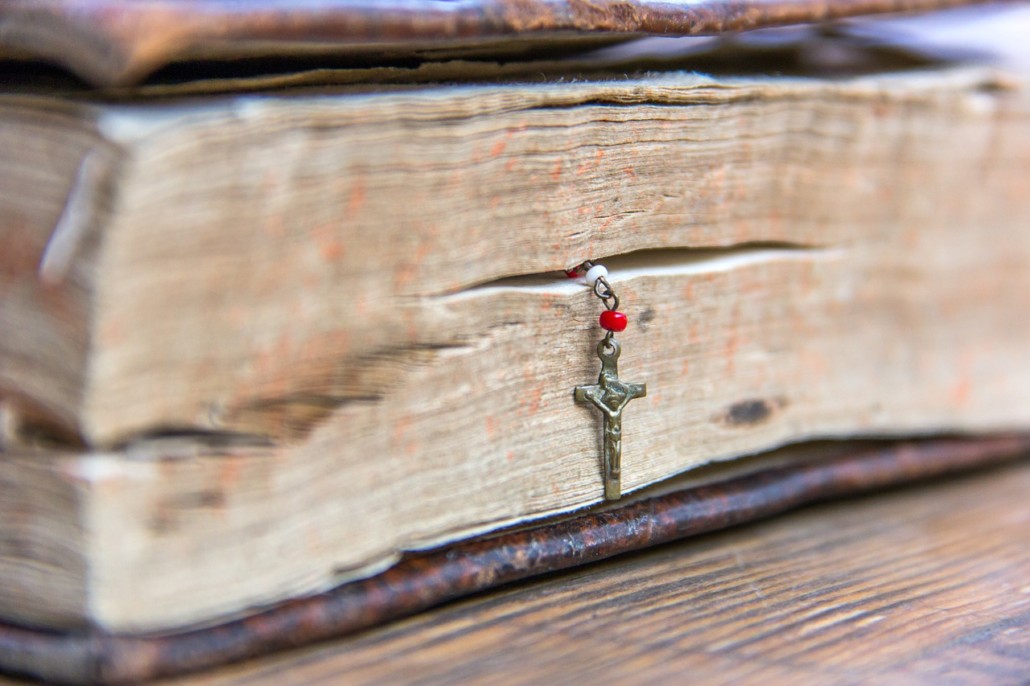 Michelle Sdao is a PhD Student in Religious Studies at UNC Chapel Hill. Her research focuses on embodiment, sense perception, the cult of the saints, and homiletics in late ancient Christianity. She is currently writing about John Chrysostom's discursive use of ancient optic theories to describe the embodied effects of visual piety toward saints' relics.

Michelle Sdao is a PhD Student in Religious Studies at UNC Chapel Hill. Her research focuses on embodiment, sense perception, the cult of the saints, and homiletics in late ancient Christianity. She is currently writing about John Chrysostom's discursive use of ancient optic theories to describe the embodied effects of visual piety toward saints' relics.

by Michelle Sdao, PhD Student in Religious Studies at the University of North Carolina at Chapel Hill

William Arnal pinpoints one of the foremost growing pains in the field of Christian Origins and New Testament Studies: the need to answer “Why am I studying these documents? What are they important for?” in a way that corresponds with the human-centered ideals of the secular universities in which many scholars work. This echoes the critique of Wilfred Cantwell Smith almost fifty years ago, as he considered the place of New Testament scholars within the newly-minted religious studies departments sprouting up in public institutions: while lauding Biblicists’ ability to dissect the history of the Near Eastern and Mediterranean worlds in which their sources arose, he laments that they are “little equipped to answer a question as to why one should be especially interested in those particular times and places, rather than in, let us say, classical India or medieval China or modern America.”[i] That is, New Testament scholars often assume the religious significance of their work such that they are not compelled to explain its contribution to the understanding of human behavior, thus reifying the sacrosanct status of their sources.

For example, it is not uncommon as a scholar of early Christianity to find oneself in a room of textual critics (scholars who study manuscript variations to determine the “original” text) and to feel an intellectual ambivalence. On the one hand, these experts make the non-specialist feel, well, non-specialist. They meticulously deploy a set of methods that is obscure even to other Biblicists, who struggle to navigate their dense jargon. At the same time, the tedious conversation may prompt the non-specialist to ask: “Why does this argument matter?” This question typically goes unanswered to the dismay of those who seek to situate their work within the religious studies paradigm. The search for an “original” text turns out to be fundamentally a Protestant project to establish a definitive form of Scripture that is unsullied by accretions. Stephen Moore and Yvonne Sherwood note that biblical critics are prone to “methodolatry,” which is supposed to make them objective and non-confessional.[ii] Nevertheless, it is also the perfect toolkit for those who assume the text’s sanctity. With such expertise in minutiae, who has time for human implications?

This “mystification” that Arnal describes extends far and wide among the sub-disciplines of Christian Origins. As Arnal mentions, the quest for the historical Jesus is fraught with obfuscated theological agendas. In his 1910 historiography of the topic, Albert Schweitzer delineates Protestant and Rationalist influences on the task of establishing what Jesus really did and taught.[iii] More recently, Arnal has argued that historical Jesus scholarship “uses the figure of Jesus as a screen or symbol on which to project contemporary cultural debates, and to employ the inherent authority of this Jesus-figure to advance one or another particular stance.”[iv] This appears especially in debates about Jesus’ Jewishness, but it also manifests itself in controversies over his eschatology and in/exclusivity.

These issues even plague one of the texts at the center of Arnal’s research: Q. The very existence of this reconstructed sayings source is controversial and has serious confessional implications. As Arnal explains, the Gospels of Matthew and Luke both draw from Mark extensively, but they also have overlapping material (though substantially adapted by each author) that does not occur in Mark. There are two ways of explaining this overlap. Either Matthew and Luke both drew independently from another source (explaining the overlaps and the different adaptations of those overlaps), or Luke (the later gospel) drew it from Matthew and made alterations.[v] One problem scholars have with the latter theory is that they can’t fathom that Luke would change Matthew. But why? The authors who wrote these texts likely did not conceive of themselves as writing scripture, and it took several generations before anyone conceived of their work as scriptural. Nevertheless, many assume that Luke would not have altered Matthew because sacred texts should not be changed by the author of another sacred text, a theological presupposition that has circumscribed the parameters of this debate.

Pauline studies is also rife with confessional overtones. Not only does Protestant-Catholic dispute dictate the terms of debate, but it is also “heavily influenced by one of the most influential master narratives within Western Culture—the theological dichotomy between Judaism and Christianity.”[vi] For centuries, scholars saw Paul as Luther’s supersessionist hero, promoting the grace of Christ over the legalism of Jews and Catholics. Only in the 1970s and 80s did the work of E. P. Sanders and J. G. Dunn demonstrate that Paul’s notion of grace was not so different from Jewish Law and that Paul was speaking to gentiles about their ability to be included in God’s kingdom rather than attacking Jewish “works of the Law.”[vii] Only recently have some scholars developed the “Paul within Judaism” approach, which seeks to explain Paul’s mission entirely in terms of Jewish concepts and practices.[viii] Nevertheless, the issues are much the same: What are “works of the Law”? How can gentiles become God’s people? Did Paul “convert” to a new “religion?”

The good news is that the field is growing through these issues in a way that allows it to more fully engage with religious studies. Advancements in textual criticism have sparked interest in the socio-historical setting that prompt textual variations, with many deserting the quest for an original text.[ix] Scholars have also approached the canon of the New Testament in ways that do not assume its sanctity or inherent unity, proposing instead that scripture had different forms and value for different communities.[x] The historical-critical criteria for the historical Jesus—a set of criteria unique to the sub-discipline—have been seriously questioned as of late in favor of studying early Jesus literature and memory as historical phenomena themselves.[xi] A growing number of scholars are dispensing with the Q hypothesis and entertaining the idea that Luke felt free to change Matthew because these texts were not considered scriptural at that time.[xii] In addition to all these advancements in New Testament Studies, another trend has been the growth of the field of Late Ancient Christianity (or “Early Christian Studies”; formerly “Patristics”). Rather than focus on Christian origins, which historically has been a theological authentication project, many have followed in the footsteps of Elizabeth A. Clark and Peter Brown, who pioneered the study of Late Ancient Christianity and its engagement with anthropological, social, and literary theory. [xiii]

Perhaps the most exciting new work has come from those who abandon old questions altogether and use religious studies theory to make novel inquiries of the source material. Theories of the body and embodied religious experience in particular have proven fruitful alternatives to the traditional focus on textuality and theology. Jennifer Glancy uses Merleau-Ponty and Bourdieu to explore what discourse bodies produced among early Christians and how Christians read those bodies.[xiv] Psychological and cognitive studies inform Stephanie Cobb’s work on Christians’ construction of meaning through the pain and painlessness experienced in martyrdom.[xv] Sensory studies have also enabled fascinating explorations of meaning-making and embodied religious experience in late ancient Christianity, with Susan Ashbrook Harvey’s Scenting Salvation being the paradigmatic work.[xvi] Such studies use theory to reveal fascinating layers of religious experience in ancient sources beyond the belief-centered conclusions of traditional scholars.

I would like to thank my UNC-Chapel Hill colleague Ben Sheppard for his helpful suggestions on this response.

[v] For an extremely accessible account of the “Synoptic Problem,” see Mark Goodacre The Synoptic Problem: A Way through the Maze (London: T & T Clark, 2001).

[ix] E.g., Bart D. Ehrman, The Orthodox Corruption of Scripture: The Effect of Early Christological Controversies on the Text of the New Testament (Oxford: Oxford University Press, 2011) and  Jennifer Knust and Tommy Wasserman, To Cast the First Stone: The Transmission of a Gospel Story (Princeton: Princeton University Press, 2019).