I wish to deepen the discussion by investigating the discursive link and importance Catholic Ultramontanism played in constructing French-Canadian/Franco-American identity on both sides of the Canada/US border. In the early morning hours of November 9th 1965, a 22 year old Catholic man from upstate New York named Roger Allen Laporte self-immolated in front of the United Nations in New York City as a strong political protest against the Vietnam War. 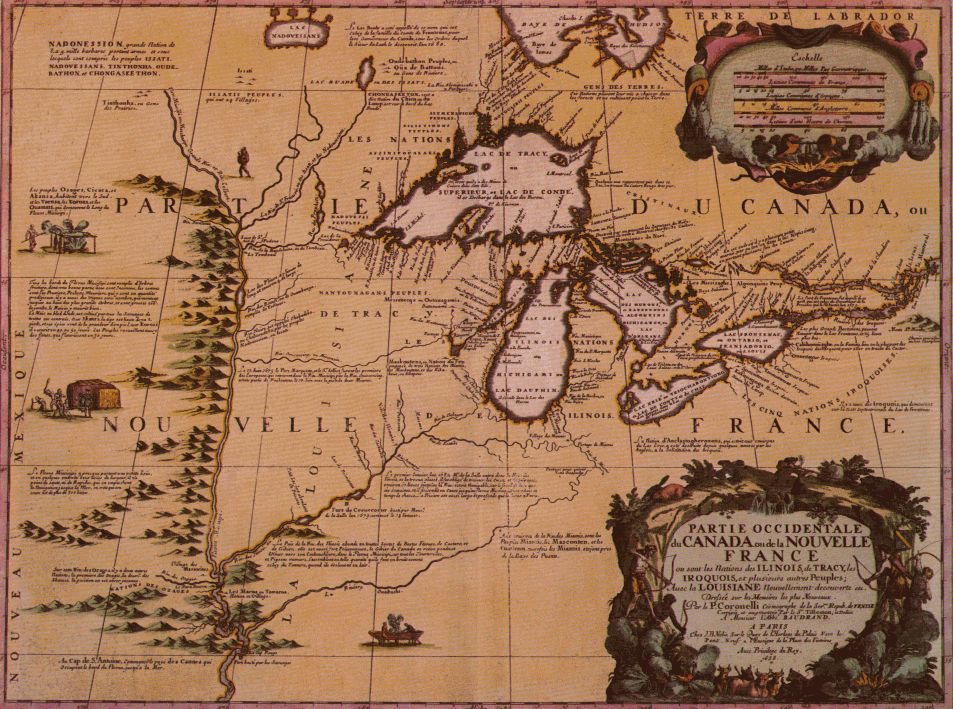 Paul L. Gareau is a Ph.D. candidate in Religious Studies with a specialisation in Canadian Studies at the University of Ottawa, Canada. His main doctoral research has been to investigate, through fieldwork, the rise and significance of Catholic evangelisation culture in Canada, and its connection and impact on youth. His research interests also involve religious conservatism and gender, the discursive impact of historiography on identity, and investigating the place and particular manifestation of religion in the Métis-Metis aboriginal community, both in the historical and contemporary context.

Paul L. Gareau is a Ph.D. candidate in Religious Studies with a specialisation in Canadian Studies at the University of Ottawa, Canada. His main doctoral research has been to investigate, through fieldwork, the rise and significance of Catholic evangelisation culture in Canada, and its connection and impact on youth. His research interests also involve religious conservatism and gender, the discursive impact of historiography on identity, and investigating the place and particular manifestation of religion in the Métis-Metis aboriginal community, both in the historical and contemporary context.

In the early morning hours of November 9th 1965, a 22 year old Catholic man from upstate New York named Roger Allen Laporte self-immolated in front of the United Nations in New York City as a strong political protest against the Vietnam War. Even 50 years after the event, Laporte still enflames debate in trying to understand his motivation and the overall meaning of such a drastic action: is it sacrifice or suicide. The key to this discussion, however, is that Laporte on his deathbed claimed it to be a religious act.

In a podcast interview for the Religious Studies Project, Francesca Cadeddu shares the insights of her postdoctoral research on Laporte looking at the psychological, social, and political dynamics at play in generating new forms and/or conceptualizations of martyrdom in the 20th century. Ultimately, Cadeddu seeks to understand the complexity of Laporte’s religious conviction. In this regard, I was struck by the idea of Laporte’s Francophone (or Franco-American) heritage. Though I must admit that it can only be inferred to what degree Laporte was influenced by the culture of French-Canadian/Franco-American Catholic identity,[1] it still remains an interesting aspect to explore as another layer of Laporte’s religious conviction.

In this brief response, I wish to deepen the discussion by investigating the discursive link and importance Catholic Ultramontanism played in constructing French-Canadian/Franco-American identity on both sides of the Canada/US border. I propose that exploring the 19th century construction of a racialized French-Canadian Catholic identity based on Christian Providence may shed further light into the depth of Laporte’s actions of religious martyrdom in the 20th century.[2]

From c.1850 to 1950, Catholic culture was thoroughly dominated by an Ultramontanist discourse, which was an ecclesiastical effort to emphasize the importance of the Catholic Church in countering the perceived ill effects of modern society. For francophones in North America, Ultramontanist ideology became paramount to the socio-political and cultural construction of identity.[3] Their main concern was the survival of French language and culture against the hegemonic forces of a dominant Anglo-Protestant society both in Canada and the US.

In the same period, the province of Quebec was experiencing tremendous demographic and economic transformations. The population had drastically changed with the immigration of French Canadians to the burgeoning industries of New England.[4] Nive Voisine characterized it as “the march of misery and exile”[5] because French Canadians who sought employment abroad were leaving their lands without guarantee of returning. This caused a moral panic for the clergy. The architects of the Ultramontanist Church in Quebec therefore deployed a racialized and exclusivist identity framework along the lines of religion, language, land, occupation, and family. These socio-political ideals were tethered to the belief that ‘French-Canadians’ were predestined by God to be morally righteous missionaries in North America.

One of the most important ideologues for this identity programme was historian cleric Lionel Groulx (1878-1967).[6] In his mind, French-Canadian civilization[7] needed to perpetuate itself by means of a certain ethnic identification. Groulx formed a racial categorization of French Canadians in North America he called la race nouvelle (i.e. the new race)[8] as a projection of Catholic hegemony through (1) an assertion of French Canadian homogeneity, (2) an idealization of piety embodied in the parish and the family, and (3) the notion that patrimony equals land and that one needs to fight to assert his/her nationalism. Groulx saw the perfection of French Canadian identity represented as “service at the altar, service under arms, and the tilling of the soil.”[9] Groulx presented a heroic amalgam of priest and pioneer who were literally able to imbue the land and its people with an inherent Catholic morality. Therefore, the French-Canadian must take his/her place in the moral complex of the symbolic village—which was characterized by clerical guidance, independent and hard work, and the large Catholic family—in order to act in forging a better world. According to Groulx, this is the on-going mission field predestined by God to raise up the righteous Franco-North American civilization.

But the question remains: how does this inform the character of Roger Allen Laporte’s religious action? On one level, it is difficult to assume that it had any influence on his actions, especially in 1965 which saw the great transformation of the Catholic Church shedding the weighty tiara of Ultramontanist ideology. However, there is something important to be stated with the minority standing of the French-Catholic community in the US and especially in New England. In countering the struggles of social, cultural, linguistic, and religious assimilation, this racialized idealization acts to inflate one’s conviction and moral justification at the level of identity. By pointing to the need to perpetuate one’s French identity as an action of Christian Providence is a pretty lofty idea. One that could have had residual affects on a man like Laporte when it came to taking unambiguous political action.

Again, I cannot claim that the Ultramontanist ideals of French-Canadian identity were forefront in Laporte’s mind—a man who sought symbolic resources outside of his faith as a means to political protest. Yet the idea of struggle and action as being an inherently religious paradigm is relevant to Laporte’s case. It is not difficult to imagine that in your bones (i.e. the discursive genealogy of your ethno-cultural identity) lies the tools of moral justification and religious conviction to fight against insurmountable odds (that is, the saliency of a heritage of religious Providence that leads to religious action).

[1] It is interesting to note that Laporte is ranked 110th by the PRDH as a popular surname in Quebec. Cf. Desjardins, “Le Programme de Recherche En Démographie Historique (The Research Program in Historical Demography) – PRDH-IGD.”

[4] This was a drastic demographic change that saw some 900,000 French Canadians immigrating to New England between 1840-1930. Cf. Bélanger and Bélanger, “French Canadian Emigration to the United States, 1840-1930”; Brault, The French-Canadian Heritage in New England; Buckner and Francis, Canada and the British World Culture, Migration, and Identity.

[7] Groulx speaks not only of Quebec but in its broadest terms to include francophones of French-Canadian heritage who have left and are living in New England and all over Canada. For an in-depth analysis, cf. Bock, A Nation Beyond Borders.

Emeritus Professor Philip Almond discusses his work on witchcraft and demonic possession in early modern England, including issues such as the "familiar cultural script" that was usually played out, the strategic interests of those making accusations, and the broader context of post-Reformation turmoil in which confessional claims to truth took on new urgency.

The Problem with ‘Religion’ (and related categories)

Tim Fitzgerald - a founding figure in the critical study of religion - discusses his career up to his seminal volume, The Ideology of Religious Studies, published twenty years ago this year.

The Burning Saints, Fire-Walking Rituals of the Anastenaria

It’s dark outside. The moon hangs in the sky and the soft smell of smoke permeates the warm air as it stings your eyes. Looking down, you notice the glow from burning coals, as hot as 535 degrees C, scattered on the ground below. When Saint Constantine calls you to become a firewalker – you answer - at least if you are one of the Anastenaria.