The University of Queensland hosted last month (8-10 July) the biennial conference of the Religious History Association (RHA). The conference itself was one stream of a larger conference: the annual conference for the Australian Historical Association (AHA) (7-11 July). The theme of the AHA and therefore RHA conference was ‘Conflict in History’. This theme was broadly interpreted by the presenters. 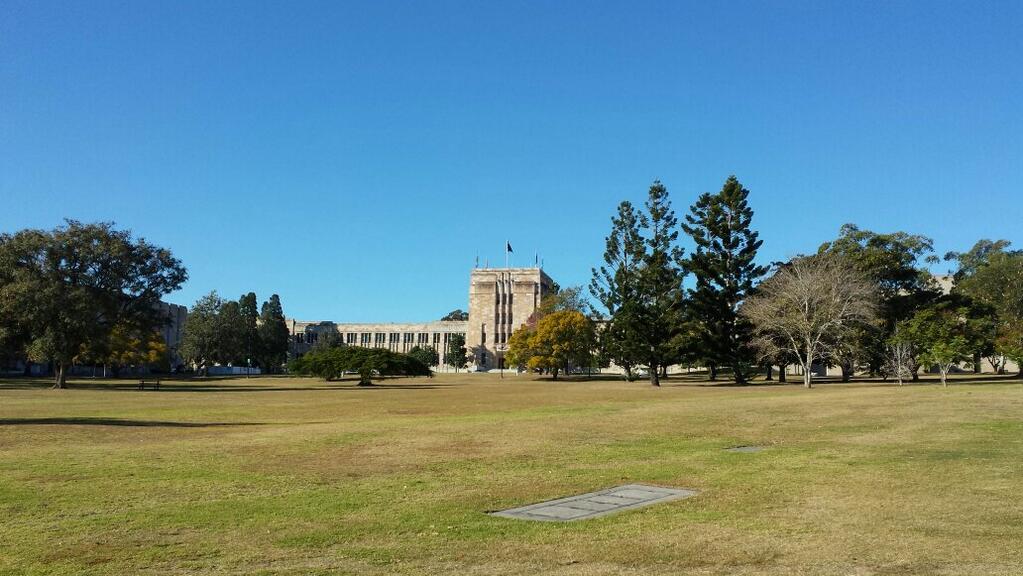 The University of Queensland hosted last month (8-10 July) the biennial conference of the Religious History Association (RHA). The conference itself was one stream of a larger conference: the annual conference for the Australian Historical Association (AHA) (7-11 July). The theme of the AHA and therefore RHA conference was ‘Conflict in History’. This theme was broadly interpreted by the presenters. The RHA conference also had its own guest speaker in the form of Professor Emeritus Ron Numbers (Wisconsin-Madison). 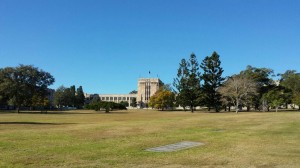 The first day only involved a keynote address by Ron Numbers in the evening. I have to admit, I had never heard of Numbers until the conference. Not the best form on my part but it resulted in the feeling of being pleasantly surprised when you hear a speaker speak authoritatively, and humorously. For those who are unaware of Numbers, he is currently the Hilldale Professor of the History of Science and Medicine Emeritus at the University of Wisconsin-Madison. His interests lie principally within the interplay and ‘battle’ between religion and science. In this field his most famous book would be The Creationists: The Evolution of Scientific Creationism (1992), expanded in 2006 and with the subtitle, From Scientific Creationism to Intelligent Design. Numbers’ keynote touched broadly the exchange of religion and science in the West over the past few hundred years; rectifying some myths about the Catholic Church and Galileo, and mentioning how religion and science as modern categories did not exist until the mid-nineteenth century. It was fitting that Numbers also spoke about the state of creationism and evolution, since Queensland is globally speaking, an infamous location for creationism, being among one thing, the home state of Ken Ham. The evening was completed by drinks and canapés on a balcony of the Sir Llew Edwards Building, not far from the Brisbane River. The pan fried salmon skewers and vegetarian curry samosas were the best eats.

The first full day started off with a hitch as the ‘Secularism and Human Rights’ session was cancelled in the morning. This left ‘War and Religion on the Australian Battlefront’ as the sole morning session. Independent scholar Yvonne Perkins spoke about the religious beliefs of the soldiers at the battlefront during World War I. Perkins was not concerned about whether the beliefs complied to the teachings of the various churches, but what the soldiers themselves believed irrespective of the churches. Perkins’ primary sources were the soldiers’ diaries. Check her blog piece about her presentation if you’re interested.

Perkins was followed by Simon Farley who presented about the World War I holdings at the State Library of Queensland, which include diaries, letters, newspapers, memoirs, photographs and oral history recordings to name only a few things. Rounding out the morning session was Doris LeRoy who presented on the Czech Lutheran pastor, Professor Josef L. Hromádka and his visit to Australia. All of the papers were well received.

Perhaps two people who travelled the most to reach Brisbane were Willem and Erna Oliver from the University of South Africa. After lunch they presented on Regina Mundi or the ‘the people’s church’ in Soweto and its role in student uprisings in 1976, and the contested nature of the Afrikaner identity and the role religion plays within this respectively.

The Wednesday afternoon session consisted of Ron Numbers chairing a session on ‘Science and Religion’, and Micheline Astley-Boden chairing a session on ‘Religion and Conflict: From the Bible to the Middle Ages’. I attended the first session and heard presentations from Dr Tom Aechtner, PhD candidate James Ungureanu and Professor Peter Harrison, all from the University of Queensland. In many ways, and fittingly, the session touched upon and elaborated on various topics which Numbers had addressed or passed by briefly in his keynote address the night before.

Thursday morning saw two sessions in progress while there was a keynote delivered at the AHA. One session was ‘Empire and Film’, while the other was ‘Church and State’. I cannot comment too much on the first presenter in the ‘Church and State’ session as it myself, although I think I did reasonably well: not my best but not my worst. I was followed by Dr Sarah Walsh (Sydney) who presented about eugenicists in Chile in the early twentieth century and their links to the Catholic Church; and Dr Timothy Jones (LaTrobe) examined canon law and whether it was a help or hindrance to those seeking justice in child sex crimes involving clergy.

Since I became involved in a long discussion about freemasonry during the morning tea break I missed the next session entirely. After lunch though I did manage to hear Dr Sam Hey (Christian Heritage College) talk about problems within Australian Pentecostalism, and PhD candidate Tiarne Barratt (Sydney) present on her research about how the Catholic Church’s views on sexuality have been misrepresented and limited to Humanae Vitae.

I don’t want this report to be simply a list of presentations that I saw. I wasn’t able to see all of them. I do want to highlight though that religion was broached by the presenters even when they were not in the RHA stream/conference. For example, on Friday morning, the RHA conference officially over, Elizabeth Miller (Sydney) presented on popular suspicion that Australians have had towards Pentecostal megachurches. She did this historically, examining how public opinion on megachurches has evolved. Professor Joan Beaumont (ANU) on Wednesday morning in her AHA conference keynote speech spoke on a century of Australian memorial commemorations across the world and how in some aspects, religious elements have seeped in to the commemorations.

At the conference there were a number of diverse speakers, nationally and internationally, and despite some minor hiccups at the beginning, the conference was an overall success. Since I forgot and only took the photo of the main building the presentations were held in below, I should try to give you an idea of the event another way: if you attended and stayed on to Friday after the RHA conference had finished, you would have enjoyed a wonderful barbecue lunch with Jamaican spiced chicken, garlic steak, vegetarian Japanese pancakes, numerous salads, rices and condiments. The conference was not to be missed irrespective of the barbecue lunch! Next year it is at the University of Sydney, 6-10 July.