Religious and Socio-Cultural Boundary Work in the Swiss Handshake Affair

In Switzerland, immigrants are in general expected to ‘culturally and socially integrate’, while ethno-cultural differences are, at the same time, perceived as enriching and ethno-cultural identities and thus not totally expected to be abandoned. 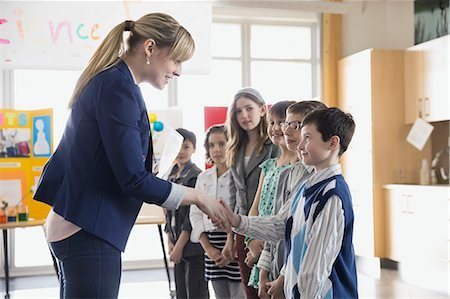 Kerstin Duemmler studied Sociology at the University of Dresden (Germany) and obtained her doctorate in Social Sciences and Humanities within the above mentioned research project in 2012 at the University of Neuchâtel (Switzerland). Since 2013, she works as a Senior Researcher at SFIVET (Swiss Federal Institute for Vocational Education and Training) and is interested in young people’s school-to-work-transitions and the dealing with diversity within educational institutions. Since 2017, she also works as a Senior Lecturer for Sociology in the field of education and work at the same institute.

Kerstin Duemmler studied Sociology at the University of Dresden (Germany) and obtained her doctorate in Social Sciences and Humanities within the above mentioned research project in 2012 at the University of Neuchâtel (Switzerland). Since 2013, she works as a Senior Researcher at SFIVET (Swiss Federal Institute for Vocational Education and Training) and is interested in young people’s school-to-work-transitions and the dealing with diversity within educational institutions. Since 2017, she also works as a Senior Lecturer for Sociology in the field of education and work at the same institute.

In this podcast, taking place on the last day of the Annual EASR Conference in Bern, Dr Philipp Hetmanczyk and Martin Bürgin of Zurich University talk to Thomas White about the Therwil Affair, a controversy that emerged in 2016 after two Swiss Muslim schoolboys declined to shake hands with their female teacher.

Religious and Socio-Cultural Boundary Work in the Swiss Handshake Affair

The Therwil affair leaves us wondering how refusing to shake hands can become such a symbolic act that it attracts the interest of politicians, lawyers, and media on local and global levels. It is evident that the excitement around this affair reflects social problems that lay behind the question of how pupils and teachers should greet each other.

One aspect of this social problem is the fear of Islamism, which is omnipresent in Europe. The Swiss handshake affair only provides a further incidence that nurtures it – notwithstanding if fundamentalist Islamic ideas have really motivated the Muslim boys to refuse shaking hands with their female teacher. While this fear is not completely unjustified in view of the Islamist terror attacks during the last decade in Europe, it has turned into a suspicion towards all Muslims. In public debates, Muslims are suspected of allowing religious fundamentalism to override respect for civic duties like gender equality or religious freedom. These worries are pervasive within public discussions, not only around the handshake affair, making deeper social divisions visible within society that are also (re-)produced in the everyday life.

Financed by the Swiss National Science Foundation, Janine Dahinden, Joëlle Moret and I (while being affiliated to the Center for Understanding Social Processes (MAPS) at the University of Neuchâtel) conducted a large qualitative study project with young people of different religious and ethnic origin in Switzerland to understand the way they deal with this diversity in schools. Our results show that Muslims are perceived as religious Others and they are set in contrast to the two mainstream Christian religions – the Catholic and Protestant church – and the high number of Nonbelievers (Dahinden, Duemmler, & Moret, 2014). Based on a clear-cut dichotomy, over-simplified images are sketched: Muslims would live their religiosity extremely, not only in private but also in the public sphere, and would not be free to choose how they live religion. The Christian and Nonreligious defined mainstream We-group is, in contrast, perceived as moderate, respecting religious freedom and considering religion a private matter. This clear-cut religious boundary work between ‘us’ and ‘them’ has become prominent because it pretends to defend religious and secular values as well as gender equality, making the ‘oppressed Muslim women wearing a headscarf’ the prototype of the religious Other.

This religious boundary is historically new in Switzerland – as the social cleavages during the 19th century were among Protestants, Catholics, and liberal-secular political forces – but the ‘cultural stuff’ legitimizing the Othering of Muslims today seems to be somewhat similar. As Philipp Hetmancyzk and Martin Bürgin also argue in their podcast, civic duties are again privileged over religious duties, at least in the public space like the school, what makes them even speak about a ‘contemporary Swiss culture war’. I would bring other arguments forward helping to better understand the Othering of Muslims within the Swiss context of immigration.

In fact, the Muslim population (around 5%) is primarily an immigrant population who has become more visible since the 1990s with immigration and asylum seeking from the former Yugoslavian states, Turkey, and, to a lesser extent, Arab or Asian countries[1]. Thus, the discussion on handshakes is overlaid with the discourse on immigration and integration. But how are ‘Muslims’ constructed as cultural Others?

During the whole 20th century, the fear of ‘over-foreignization’ marked most political debates and anti-immigration initiatives in Switzerland (Dahinden et al., 2014). This fear relates to the number of immigrants and their potential ‘danger for Swiss culture’. After World War II, Italian and Spanish labor migrants were perceived as cultural Others; during the 1980 and 1990, the fear concentrated on labor migrants and asylum seekers from the former Yugoslavia and Turkey; and since at least 9/11, Muslims are the prototype of the ‘foreigner’ – so are called ‘immigrants’ in everyday terms – leading to a ‘Muslimisation’ of immigrants (Allenbach & Sökefeld 2010). Above, Simonetta Sommaruga, Justice Minister, argued that shaking hands is part of Swiss culture. Critics say that Switzerland is a multicultural society, where the practices of religious minorities should be respected.

Historically, cultural assimilation of immigrants was seen as a measure to circumvent ‘over-foreignization’, and although Switzerland officially follows nowadays an integration policy, assimilationist ideas have remained omnipresent until today (in particular in the Swiss German part of Switzerland) alongside multiculturalist ideas. This means that immigrants are in general expected to ‘culturally and socially integrate’, while ethno-cultural differences are, at the same time, perceived as enriching and ethno-cultural identities and thus not totally expected to be abandoned (Duemmler, 2015a). In this context, where assimilationist ideas are ever-present, the public dispute emerged whether shaking hands with teachers are a cultural habit to which everybody, including Muslim immigrants, is expected to adapt or not. And it is in this precise context where teachers (in the canton of Basel where Therwill is located) are nowadays encouraged to denounce ‘integration failures’ to immigration authorities.

Thus, the Therwill affair is also an affair that mobilizes a socio-cultural boundary besides religious Othering. In our study, young people were equally convinced that immigrants had to ‘socially and culturally integrate’, as well as learn to speak the local language, if they really want to be accepted – or, in other terms, cross the boundary. These ideas sometimes turned into a general suspicion that immigrants, in particular Muslims, would not integrate. And although pupils and teachers in the school defended multiculturalist ideas, the integration paradigm was omnipresent (Duemmler, 2015b). In view of our fieldwork, I am thus more reserved than Hetmancyzk and Bürgin about whether teachers will always resist the pressure to report integration failures to immigration authorities.

Finally, the Therwill affair makes me wonder whether there might be even more teachers and schools who strain to find pragmatic, local solutions to questions of religious and socio-cultural diversity. If schools want to prepare young people to deal with socio-cultural and religious diversity in a tolerant and respectful manner, they have to put a strong emphasize on the living of these values in the everyday school life and remain vigilant not to give up the territory to any kind of populism or extremism.

Duemmler, K. (2015a). The exclusionary side-effects of the civic-integration paradigm: boundary processes among youth in Swiss schools. Identities. Global studies in Culture and Power, 22(4), 378-396.