Extensive research has been conducted by psychologists, and continues to be conducted, exploring beliefs, values and perceptions. However, despite being a central part of the lives of so many people, religion and spirituality continues to be a fringe concern for many psychologists - perhaps because they are frequently perceived as being unscientific. 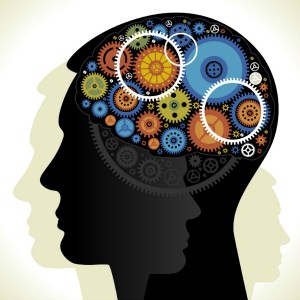 In this podcast, Dr. Christopher Harding uses his research on psychoanalysis and Buddhism in modern Japan to tackle the two-way dialogue between religion and the psy-disciplines. How have these shaped each other, and what are tensions between them?

Christopher Harding is a historian whose work explores how religion and the ‘psy-disciplines’ have interacted in the world. As he notes in his interview with Krittika Bhattacharjee these constitute a very broad range of academic disciplines and various insights from these disciplines have been applied by different groups and cultures in different ways. Some of these uses of psychological insight by individuals and groups lead to clashes with religious insights and beliefs – but it is misleading to see these clashes as being between the psy-disciplines themselves and religion(s). They are instead fascinating case studies of how worldviews syncretize, a process that occurs both beyond and within academia.

This article will focus on something slightly different and look at the interactions between the psy-disciplines and religious studies. There is considerable overlap between the subject areas of religious studies and the psychological sciences but often theories and methodologies do not cross the divide between the social sciences and the humanities. Psychology, and the other psy-diciplines, have a lot to offer religious studies. They also have much that they can and should learn from religious studies in turn. Working together, and allowing the strengths of the two disciplines to complement each other, has the potential to advance both fields and is probably necessary if either discipline wants to gain a full appreciation for its shared subject matter.

Psychology is a discipline that cuts across many others. Although it is often perceived narrowly, as either experimental or clinical psychology, it is a much broader and more diverse discipline. Psychology brings a range of rigorous methodological tools to the study of human (and animal) life and these can be applied to the study of religion at many different levels – from examining internal experiences through to the social dynamics of groups and the influence of culture. Questions such as: “How do people experience the world?” “What do people believe?” “Why do they believe it?” and “How do these beliefs influence behaviour?” are all central concerns to psychologists.

My own academic background was originally in Theology & Religious Studies. I moved into Psychology, as a postgraduate, because many of the same tools and theories that are useful to explore other aspects of human life are also appropriate for the study of the religious and the spiritual. Extensive research has been conducted by psychologists, and continues to be conducted, exploring beliefs, values and perceptions. However, despite being a central part of the lives of so many people, religion and spirituality continues to be a fringe concern for many psychologists – perhaps because they are frequently perceived as being unscientific. However, an increasing number of psychologists are now turning their attention to issues of religion and spirituality, with organisations like the International Association for the Psychology of Religion and the Society for the Psychology of Religion and Spirituality making considerable progress.

Even though psychology has developed a wide range of excellent and rigorous tools that can be applied to the study of religions and spiritualities, inadequate religious literacy can lead to theoretical naivety. Too much psychological research continues to be focused on North America and Europe and to accept, often uncritically, a Judeo-Christian perspective. Psychological research into religions and spirituality also continues to show insufficient awareness of the complexity and diversity of religious beliefs and groups.

Scholars in religious studies tend to be much more aware of global diversity and to research the lived experiences of communities that are far removed from the undergraduate populations of Western universities that psychologists often rely on for their work. Ethnographic approaches can yield incredibly rich data, and years studying particular communities can lead to a depth of expertise and understanding that psychologists cannot easily gain. The recent moves in religious studies towards appreciating lived religion, and of critically examining what religion even is, are ones that the psychology of religion also needs to take – but it is an area where it currently lags behind.

As a researcher who keeps a foot in each camp, I can appreciate both the strengths and weaknesses of each discipline’s approaches. I am also acutely aware that it is unrealistic to expect individual scholars to be experts in both fields – let alone in cognate disciplines like the anthropology and sociology of religion too. The solution, I believe, is to encourage far greater interdisciplinary collaboration between the fields. ‘Interdisciplinarity’ and ‘Impact’ are currently buzzwords in academia but they are both crucial concepts for the academic study of religion. Religion and beliefs cut across so many facets of life and can have profound consequences on the world – so understanding what people are doing and why is critical.

Combing the greater religious literacy, and more globally sensitive perspectives, of religious studies scholars with the expertise and methodologies of psychologists, and other social scientists, about human beliefs and behaviours has the potential to significantly enhance human understanding. Such collaborations can sharpen research tools and increase the validity of findings. Interdisciplinary teams, combining social scientists and humanities scholars, can approach problems from multiple perspectives and untangle webs of complexity that each would struggle to do alone. Working together, interdisciplinary teams can both explore concrete problems with real implications and enrich their parent disciplines.