Most scholars examining invisibility in Ellison’s novel consider it a social metaphor: the novel’s protagonist is made invisible by people’s refusal to really see him. Yet Harriss claims invisibility is also a theological trope, with roots in biblical materials, Protestantism, and Kongo traditions, antecedents that establish it as an unmarked religious category. More than the social marginalization of black bodies, Harriss contends invisibility is metaphysical, too.

Dusty Hoesly is a doctoral candidate in the Department of Religious Studies at the University of California, Santa Barbara, specializing in Religions of North America.  His research focuses on religion and irreligion in the American West, specifically the values held by people who self-describe as not religious, how those values developed, how they translate into social or political action, and how irreligious people interpret experiences that stand apart from ordinary life.  Incorporating fieldwork, surveys, and historical and material culture research, this project will help explain the growth of religious “nones” in the U.S. and reexamine the categories of sacred and secular in contemporary society.  Other research interests include religion in the American West, comparative secularisms, liberal evangelicalism, and religion and politics.

Work for the RSP

Dusty Hoesly is a doctoral candidate in the Department of Religious Studies at the University of California, Santa Barbara, specializing in Religions of North America.  His research focuses on religion and irreligion in the American West, specifically the values held by people who self-describe as not religious, how those values developed, how they translate into social or political action, and how irreligious people interpret experiences that stand apart from ordinary life.  Incorporating fieldwork, surveys, and historical and material culture research, this project will help explain the growth of religious “nones” in the U.S. and reexamine the categories of sacred and secular in contemporary society.  Other research interests include religion in the American West, comparative secularisms, liberal evangelicalism, and religion and politics.

Work for the RSP

The Last Best Hope of Earth? Bron Taylor and the Limits of Dark Green Religion (Essay)

Michele Dillon on Habermas, Religion and the Post-Secular (Interview)

Religion, Secularism and the Chaplaincy (Essay)

Ralph Ellison, famous for his 1952 novel Invisible Man, eschewed religiosity personally. His works mainly concerned race, artistry, and democracy in America. In Ralph Ellison’s Invisible Theology (2017), Cooper Harriss seeks to uncover what he sees as the theological dimensions of Ellison’s secular conception of race. Because religion is a neglected topic in Ellison scholarship, Harriss’ reading presents an opportunity for fresh insights.[1]

Most scholars examining invisibility in Ellison’s novel consider it a social metaphor: the novel’s protagonist is made invisible by people’s refusal to really see him. Yet Harriss claims invisibility is also a theological trope, with roots in biblical materials, Protestantism, and Kongo traditions, antecedents that establish it as an unmarked religious category. More than the social marginalization of black bodies, Harriss contends invisibility is metaphysical, too.

To read Ellison as a theological thinker, which is also to read him theologically, Harriss calls upon Schleiermacher and Tillich, primarily, to expand the notion of religion. He explains that, to him, the terms “religion” and “religious” refer not to particular things but to “processes through which antagonistic cooperation between universals and particulars generates human quests for meaning” (16). Furthermore, “Ellison’s concept of race is foundationally religious because it is rooted in the relational, systematic interplay between, and the consequent aggregation of, the particular and the universal” (17).

Great authors like Ellison create characters and stories that are both particularized yet universal. The particularity gives a literary work its fully-fleshed characters and immersive world, while its universality connects it to readers’ own lives. In Invisible Man, after we hear the unnamed protagonist’s particular life story as a black man in America, he asks his famous universalizing final line, “Who knows but that, on the lower frequencies, I speak for you?” This interplay between particular and universal, is religious, in Harriss’ terms. Ellison is thus a theologian because he makes meaning out of this particular-universal relation.

The heart of Harriss’ argument is his claim that Ellison’s secular conception of race is an “invisible theology.” For Harriss, theology refers not to “God-talk” but to “meanings and significances generated by religious negotiations of universals and particulars,” or “faith seeking understanding” (16). Ellison’s work is religious because it is “meaning-making” and it is theological because it offers practical import for human living (16). These elements are inseparably linked: “the religious and the theological” are “critically cofunctional—never segregated (as they have become in contemporary academic discourse) but absolutely dependent upon one another” (17). Here Harriss is not just making a descriptive claim about the history of these distinct discourses, but asserting his desire to “annihilate” the wall between theology and religious studies, as he says in this interview. He wishes to “dislocate theology as ‘mere’ belief, prescription, or data and refashion it as a critical apparatus” that can help us solve contemporary challenges (192). Accordingly, Harriss argues that “the religious aspects of Ellisonian conceptions of race as a secular property—its invisible theology—may help us” to assess today’s political contexts (179). There is a social prescriptivism in this theological claim-making; Harriss hopes the invisible theology he’s unveiling—and creating—might save us.[2]

There is good evidence, Harriss claims, for reading Ellison theologically. Ellison derided what he saw as racial essentialism in the Black Power and Black Arts movements of the 1960s-1970s, which relied on materialist conceptions of race. Harriss asserts Ellison’s critical project worked against such materialisms, opening space for metaphysical speculation. He also relies on the coincidental publication of major works by three Protestant intellectuals to place Ellison in their midcentury American theological context. Over two chapters, Harriss connects Ellison’s ruminations on racism as America’s “original sin” to American civil religion as a form of residual Calvinism in a post-Protestant society. In a critical chapter, he argues that Ellison’s long friendship with Nathan A. Scott, Jr., literature professor and canon theologian, was really a “theological apprenticeship” for Ellison (96).[3] Cooper uses previously unpublished material to shed light on Ellison at several points, and provides provocative interpretations throughout.

Harriss’s book stands in the tradition of Scott’s scholarship—called Theology and Literature, Christianity and Literature, or Religion and Literature—albeit augmented by recent critical studies of race, religion, and secularism. Relying on a Tillichian theology of culture, Scott explored how a “religious unconscious” permeates cultural productions, even avowedly secular ones, and provides insight into how we ought to live. Harriss admits his own “Tillichian orientation” and states that Scott’s earlier work on Ellison “anticipates the premise, if not the thesis, of this book” (88, 98). Like Scott, Harriss seeks to uncover hidden religious dimensions in Ellison’s secular work to help us navigate the modern world. Both scholars utilize liberal Christian definitions of religion to find exactly these kinds of religious articulations in Ellison.

Harriss employs scholarship showing the theological and Protestant production of concepts like race and the secular to justify framing Ellison as a Protestant theologian (3, 41). Ellison would not recognize himself as such. Despite Ellison’s critiques of social science and Marxist materialism, he did not turn toward supernaturalism. Harriss rejects Ellison’s naturalism by insisting that we need to take “certain religious and theological dimensions seriously in their contention with what believers understand to emanate from invisible, supernatural realms” (14). This approach distinguishes secular from religious, recognizes Ellison as secular, and then rewrites him as religious anyway. Such theological caretaking confuses categorical entanglements with their identity. By yoking religious studies with theology and the secular with the religious, Harriss erases any difference. Arguing that secular writers are really theologians in disguise enacts a theological agenda. At stake is what we do as religious studies scholars.

Outside theological contexts, I am not convinced that the category “invisible theology” provides us greater analytical purchase on Ellison’s work. As someone who loves Ellison and studies religion, I was excited to encounter Harriss’ ideas. As a religious studies scholar, however, I found Harriss’ insistence upon a theological reading of Ellison’s work forced and unnecessary. In a spirit of antagonistic cooperation, a favorite phrase of Ellison’s, I find myself both affirming and resisting Ralph Ellison’s Invisible Theology.

[2] In Race and Secularism in America, Vincent W. Lloyd exhorts “the recovery of the religious, beyond secularism,” for its transformative potential (2016, 15). He adds that “remembering the religious—or the theological, as the unmanaged religious is sometimes called—points to traditions of imagining otherwise.” In Harriss’ work, I hear a similar normative voice, one that promotes Protestant theology as a useful mode for reading secular literature and for envisioning an “otherwise” that seems beyond our material reach.

[3] I found the evidence for such “instruction” to be thin (98). Harriss reads a lot into a letter Ellison wrote to Scott wherein Ellison laments the loss of the “sacred” in modern literature; Ellison saw that loss as muting moral assertion and forcing “depth and resonance” underground (97). Harriss repurposes Ellison’s “depth and resonance” as “shorthand” for religion (98-99, 116, 147).

According to Gauthier, it is important to note is that religious activity of the day is not haphazard or random pick-and-choose at all. Instead, it is following a new kind of logic, that of consumerism. Marketization and commodification among other phenomena are affecting the field of religion - and vice versa. Listen and find out more!

Thanks for Listening! Celebrating 10 Years of the RSP

10 years in the making! Celebrate our decade of scholarship with this special episode, "Thanks for listening!" 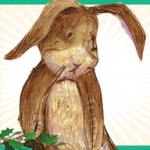 Toys, Rabbits, and Princess Diana - three things that may not seem at all connected. However, when one starts to question the notion of grief, bereavement, and death in the contemporary West, these three are more connected than appears. In this podcast, Breann Fallon interviews Professor Douglas Ezzy of the University of Tasmania on the power of symbols...

The Brethren in Scotland

Gardenstoun is a fishing village in the North-East of Scotland with a population of only 700 and six churches, four of which are branches of the Plymouth Brethren. Anthropology "at home" - within our own culture, rather than that of some exotic Other - undermines many of the assumptions that the study of religion is based upon,...