NAASR 2015 Annual Meeting: A Report from the Field

The North American Association for the Study of Religion (NAASR) held its annual meeting last week in connection with the American Academy of Religion (AAR) and Society for Biblical Literature (SBL) conference in Atlanta, GA. Conference report for The Religious Studies Project by Matt Sheedy.The theme for this year’s NAASR panels was “,” which aimed to signal a basic problem in the study of religions; 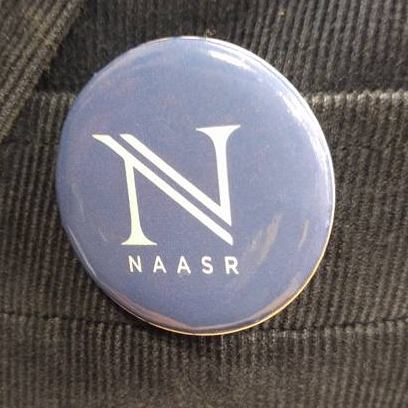 Matt Sheedy is Visiting Professor of North American Studies at the University of Bonn.

Matt Sheedy is Visiting Professor of North American Studies at the University of Bonn.

The North American Association for the Study of Religion (NAASR) held its annual meeting last week in connection with the American Academy of Religion (AAR) and Society for Biblical Literature (SBL) conference in Atlanta, GA. Conference report for The Religious Studies Project by Matt Sheedy.

The theme for this year’s NAASR panels was “Theory in a Time of Excess,” which aimed to signal a basic problem in the study of religions; that despite increased attention and inclusion of debates on method and theory within the field over the last 30-odd years, it would appear, to quote the description on NAASR’s website, “that few of the many examples of doing theory today involve either meta-reflection on the practical conditions of the field or rigorously explanatory studies of religion’s cause(s) or function(s).” Accordingly, this year’s NAASR panels were designed to re-examine just what we mean by “theory” in the study of religion—e.g., should we follow an inclusive, “big tent” approach, or something more precise?

Four pre-circulated papers were presented on November 20-21, each of which included a panel of respondents:

1 “On the Restraint of Theory,” by Jason N. Blum

2 “What the Cognitive Science of Religion Is (And Is Not),” by Claire White

3 “Of Cognitive Science, Bricolage, and Brandom,” by Matt Bagger

4 “The High Stakes of Identifying (with) One’s Object of Study,” by Merinda Simmons

These panels presented a variety of critical approaches to the study of religion—materialist phenomenology, cognitive science of religion, cognitive science and analytic philosophy, and culture and identity studies—in order to explore some competing ideas of what constitutes “theory” in the study of religion, with responses from a variety of early career scholars who were chosen because of their own distance from the approaches in question.

Some questions and ideas that came out of these well-attended discussions (an average of 40-50 per session, by my count) included:

During the NAASR business meeting, it was announced that Steven Ramey will be joining Aaron Hughes as the new co-editor of the NAASR-affiliated journal Method & Theory in the Study of Religion, and that the panel proceedings from this year’s conference will be turned into a book with Equinox Publishing. Providing opportunities for early career scholars was a constant topic of discussion at the conference, as well as the need to draw in new members—though it was noted that there was a significant spike in membership in 2015.

“Theory is the Best Accessory: Some Thoughts on the Power of Scholarly Compartmentalization,” by Leslie Dorrough Smith (Avila University)

“Compared to What?: Collaboration and Accountability in a Time of Excess,” by Greg Johnson (University of Colorado at Boulder)

Both of these presenters, along with those in attendance, were encouraged to read an unpublished essay on NAASR’s history by Don Wiebe and Luther Martin, which was written on the occasion of NAASR’s 20th anniversary, some 10 years ago. The purpose of this panel, now some 30 years after NAASR’s inception, was to explore how the organization can “continue pressing the field in novel, rigorous, and interesting directions,” and “to help us think through where the cutting edges may now be in the field.”

Sunday afternoon included a well attended workshop entitled, “…But What Do You Study?”: A NAASR Workshop on Theory & Method in the Job Market. Here a variety of early career scholars were broken up into groups, each with a more established scholar, to discuss strategies such as crafting a Cover Letter and what to include in one’s CV.

The final NAASR panel, co-sponsored with the SBL, was entitled “When Is the Big Tent too Big?” Following the description on the NAASR website, this panel sought to address the following question: “What are the strengths and weaknesses of the ‘big tent” philosophy that governs much of the disciplines of religious studies and biblical studies as represented in many academic societies, the publishing industry, and many colleges and universities?” Some of the questions/ideas raised by the panelists included:

All in all, the format of this year’s conference was deemed a success, and discussions are currently underway for adopting a similar format for the 2016 conference in San Antonio, TX, including another workshop for early career scholars looking to make their way in a challenging market.

In the complex and sometimes fraught relationship between New Religious Movements and the wider culture and state, why is it that children are so often a focus? Children are seen as needing special protection and therefore legitimising dramatic state intervention, but are also seen as of particular importance to the future of these movements, and in some more millennial groups, of the world itself.

Religion and the Law

Within modern American society the meme of a separation of Church and State exists without a doubt; however, there is very little evidence to actually prove that this separation exists, functions as such, or indeed that it ever existed. In the textbooks, popular news outlets and in the political arena religion is supposed to be wholly withheld-expelled in favor of majority rule.