"...Segal touches on something rather interesting when he comments that Freud’s inner circle of brilliant acolytes all outgrew and turned against him, one after another, while Jung’s mediocre followers remained devoted to his methods even after his death. Is there an implied criticism of Jung there, that he didn’t dare surround himself with people who could challenge him intellectually, as he had challenged Freud?" 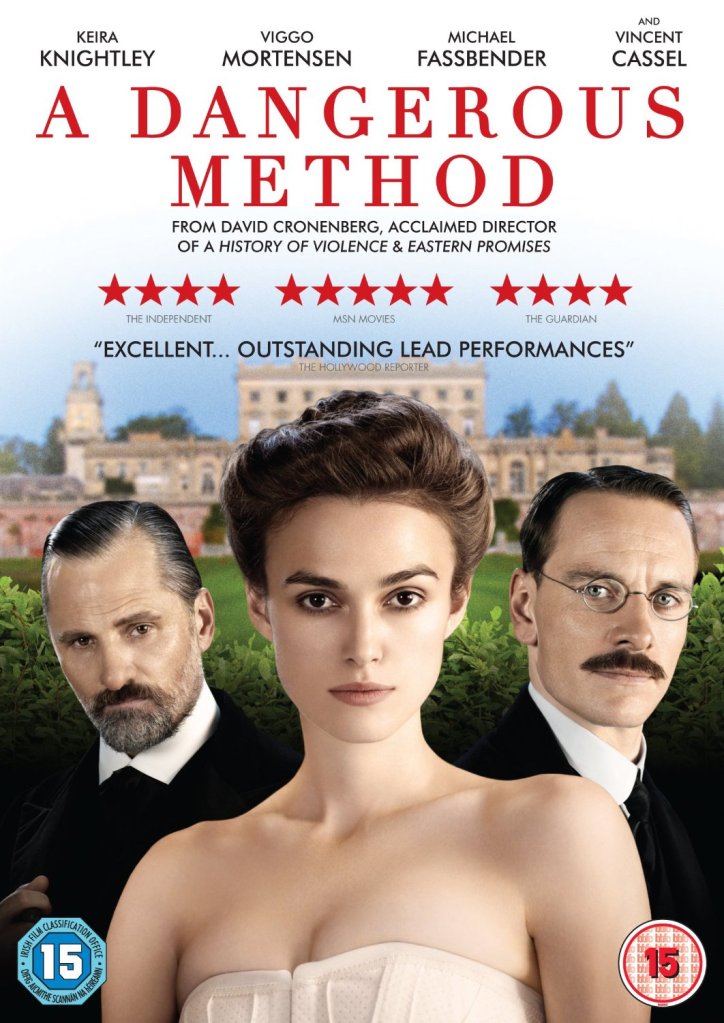 Clement Grene is a Ph.D. Candidate at the University of Edinburgh. His area of research is New Testament Biblical Studies, with a particular emphasis on the narrative or literary critical approach. He is currently analyzing the roles of Peter and Judas in the New Testament with a wide-ranging analysis of the portrayals of cowards and traitors throughout ancient literature. His other interests include historical Jesus research, magic in the ancient world, and early church history.

Clement Grene is a Ph.D. Candidate at the University of Edinburgh. His area of research is New Testament Biblical Studies, with a particular emphasis on the narrative or literary critical approach. He is currently analyzing the roles of Peter and Judas in the New Testament with a wide-ranging analysis of the portrayals of cowards and traitors throughout ancient literature. His other interests include historical Jesus research, magic in the ancient world, and early church history.

In Thomas Pynchon’s The Crying of Lot 49, the protagonist’s German psychiatrist is revealed to be a Buchenwald Nazi doctor in hiding. His revealing statement in his own defence hinges on his choice of psychiatric method. “But didn’t I try to atone? If I’d been a real Nazi I’d have chosen Jung, nicht wahr? But I chose Freud instead, the Jew.”

The divide between Freud and Jung (recently dramatized in the mediocre David Cronenberg film A Dangerous Method) is one of our own modern myths, like the divide between Plato and Aristotle in the ancient world. This is particularly true when it comes to their view of religion. I was vaguely conscious, while studying theology, of a sense among my teachers that Jung was acceptable in a way that Freud wasn’t (I remember one of my supervisors cryptically advising me to embrace my shadow self after I’d come to him with the usual postgraduate woes). Jung was sympathetic to religion. Jung didn’t think religion was neurosis. Jung was on our side.[1]

Segal mentions that Jung’s father was a pastor. He doesn’t touch on Freud’s Jewishness, perhaps because Freud himself rejected Judaism along with all other religions. But the differences between their backgrounds is important, perhaps not so much for how it affected their work but how it affected perceptions of their work. As the opening quote from Pynchon suggests, the Nazis could appreciate Jung and his collective unconscious, his initial understanding of Hitler’s rise as the resurgence of the Wotan archetype in the German unconscious. Freud, to the Nazis, would always be the self-loathing Jew with his conception of a universe full of souls as sick and parasitic and pornographic as his own.[2] I saw this split, sans the anti-Semitic undertones, among my lecturers in Dublin and Oxford. Freud was understood as the one who’d seen religion as a sickness, Jung was the one who’d seen it as something deep and beautiful and true in a way.

Segal suggests, with slightly cynical humour, that people like to be told that they’re deeper and more complex than they realized.  People certainly prefer being told that their faith is deep and beautiful and sort of true than it is a neurosis that has something to do with wanting to kill their father and sleep with their mother.

Segal argues persuasively against the idea that Jung could ever have been considered a disciple of Freud. This is a pity, since in many ways the relationship between Freud and Jung has fascinating resonances with my own study of discipleship in the ancient world. My thesis is on Peter and Judas in the Gospels and I am particularly interested in the way that these characters relate to Jesus as disciples.[3] One of my findings is that the ancient world regards true discipleship as adhering unquestioningly to what one’s teacher has taught. The student who develops into an independent critical thinker and questions or rejects his master’s teachings is a traitor just as Judas was a traitor.[4] If Jung was not Freud’s disciple, he can at least be considered the older man’s protégé and, as Segal says, one-time heir apparent. The interview addresses the psychic anguish his break with Freud caused Jung, and Freud’s own deep sense of betrayal is a well-known part of the myth.[5]

But Segal touches on something rather interesting when he comments that Freud’s inner circle of brilliant acolytes all outgrew and turned against him, one after another, while Jung’s mediocre followers remained devoted to his methods even after his death. Is there an implied criticism of Jung there, that he didn’t dare surround himself with people who could challenge him intellectually, as he had challenged Freud? But the ancient Greek archetype[6] of the good disciple was exactly this type of dull, unimaginative person. The primary qualities of a good disciple were his or her devotion to a master and the ability to completely absorb the master’s teachings. Damis, whose memoirs are the source for Philostratus’ third century Life of Apollonius of Tyana, proudly tells us that his task is to preserve even the crumbs that fell from his master’s table.

Finally, I was struck by Segal’s description of how Jung thought religion would fade away –its explanatory role replaced by science, and its role in connecting people to the collective unconscious replaced by Jungian psychiatry. I connected it to Frazer’s similarly misplaced confidence that human belief has moved from magic to religion and is now finally moving to science.[7] Unlike many intellectuals of his day, including Freud, Jung wasn’t troubled by the irrationality of religion but evidently he did share a general belief (in some cases, a hope) that its day was over. And his confidence that he himself would at least partially replace it echoes John Lennon: “Christianity will go. It will vanish and shrink. I needn’t argue about that; I’m right and I’ll be proved right. We’re more popular than Jesus now.”

[1] Interestingly, my experience in the world of literary criticism is of much more sympathy towards Freud. Just as Segal is not a Jungian, not many literary critics are committed Freudians, but they can still appreciate the power and elegance of his ideas.

[2] It must be said that Freud did not help matters with Moses and Monotheism, his deeply strange book of 1937, which claimed that the Jews had treacherously murdered Moses. Freud was aware of the dangers of making such a claim at a time when anti-Semitism was reaching ever-new heights (and had already driven him from Austria) and did wrestle with the question of whether or not to publish it.

[3] One can see the importance of this theme in the title of Hans-Josef Klauck’s 1987 book Judas, ein Jünger des Herrn (Judas: a disciple of the master).

[4] Origen, in Contra Celsum 2:12, makes the comparison explicit. I sometimes wonder what my supervisors make of this particular line of inquiry.

[5] The same Jung-loving tutors mentioned above took pleasure in repeating the (apocryphal?) story of how Freud fainted the first time Jung disagreed with him. Primarily, I think, because it makes Freud sound rather foolish.

[6] In the Northrop Frye sense, not the Jungian sense.

[7] Northrop Frye posits a movement in Western written language from the metaphorical (Homer) to the metonymic (Plato and continuous prose) to the descriptive (Francis Bacon and Locke). In Biblical scholarship, Morton Smith, Marcus Borg, and J.D. Crossan have written on Jesus as a magician or ‘spirit person’ set against the religion of the Temple.