While often rigorously testing for variance among the religious, many studies treat the irreligious as if they have a static identity, resulting in an elision of the range of beliefs and behaviors that have been found within this growing group. At the home of the first secular studies undergraduate program, amid dozens of secularity scholars from around globe, Tommy Coleman's interview with sociologist ... 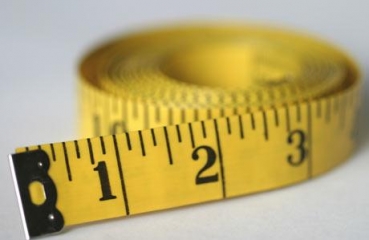 Jacqui Frost is a PhD candidate in the Department of Sociology at the University of Minnesota. She received her MA in sociology at Portland State University where she conducted research on atheist identity and activism. Her dissertation focuses on a “godless congregation,” The Sunday Assembly, and she has been involved in an ongoing ethnography of the group for almost a year now. She is a research fellow at the American Mosaic Project, a multi-wave, national survey project designed to explore racial and religious diversity among Americans, and she is a graduate editor at The Society Pages, an online social science project ran out of the University of Minnesota.

Jacqui Frost is a PhD candidate in the Department of Sociology at the University of Minnesota. She received her MA in sociology at Portland State University where she conducted research on atheist identity and activism. Her dissertation focuses on a “godless congregation,” The Sunday Assembly, and she has been involved in an ongoing ethnography of the group for almost a year now. She is a research fellow at the American Mosaic Project, a multi-wave, national survey project designed to explore racial and religious diversity among Americans, and she is a graduate editor at The Society Pages, an online social science project ran out of the University of Minnesota.

At the home of the first secular studies undergraduate program, amid dozens of secularity scholars from around globe, Tommy Coleman’s interview with sociologist Phil Zuckerman and philosopher John Shook tackles big questions about the measurement of secularity and secularism, the positionality of secularity scholars, and the state of secular studies as a field. The 3rd annual conference of the Nonreligion and Secularity Research Network (NSRN) at Pitzer College, which I too attended, was indeed the perfect place for this conversation. Secularity scholars from all over, both geographically and epistemologically, came together to debate and discuss these very questions. In the interview, Zuckerman and Shook describe a burgeoning “field of secular studies,” and, for me, this conference was evidence of just that. Here, I will build on their points about measurement and positionality, arguing that the heterogeneity among those who claim no religion requires more attention than it has been given and that the emerging field of secular studies shows definite signs of rising to that challenge.

To start, Zuckerman and Shook emphasize that “secularity” is a much broader phenomenon than most scholarly research acknowledges and they have given themselves the task of putting together the Oxford Handbook of Secularism to begin addressing the gaps in secular studies that have historically focused solely on atheists and atheism. Many others at the NSRN conference made similar points, and presentations detailing the variety of labels, beliefs, and behaviors found among the secular dominated the panels. This is encouraging and, I would argue, a long time coming. The rise of the “nones” as a category in social science research, while a step in the right direction, is far from sufficient to address the increasing presence and diversity of the religiously disaffiliated.

Referring to a research project in which he attempted to measure the amount of atheists globally (Zuckerman 2007), Zuckerman admits that measuring secularity is no easy task. He questions the validity of global statistics on irreligion and both he and Shook discuss the importance of being sensitive to regionality and culture when measuring secularity outside of a Western, Christian context. I agree, but want to emphasize that we are still far from sufficiently measuring secularity and its effects within Western contexts. Most quantitative research claiming to say something about what the “nones” do and do not do, in contrast to the religious, typically collapses all of those who claim no religious belief or affiliation into one category. These studies often make claims about the benefits of religion based on comparisons with the “nones”, and the religiously affiliated have been found to be happier, healthier, and more engaged with their communities. However, while often rigorously testing for variance among the religious, these studies treat the irreligious as if they have a static identity, resulting in an elision of the range of beliefs and behaviors that have been found within this growing group.

Zuckerman calls on the three Bs – belief, belonging, and behavior – to define what it means to “be secular.” Social scientists often use these categories to measure religiosity, as these three ways of being religious have been found to have distinct, and often contradictory, influences on social attitudes and behaviors. The utility of parsing out these categories among the “nones” is becoming increasingly apparent. For example, Zuckerman details how an individual can be secular in one way and not in another. Someone can go to church while not believing in god(s), or, indeed, can believe in god(s) without affiliating with any religious institution. Lim, MacGregor, and Putnam (2010) found that Americans who claim no religious affiliation one year often join a religious institution the next, highlighting the fluidity and “liminality” of religious and secular belief, belonging, and behavior (see also Keysar 2014). However, Zuckerman asserts that one cannot be truly secular if they believe in god(s). While you can agree or disagree with his definition, the important point is that when these distinct ways of being secular are conflated, the result is often invalid categories and incomplete conclusions (see Joseph Blankholm’s insightful post on the same topic).

At the American Mosaic Project, a survey project I’m a part of at the University of Minnesota, one of our goals is to speak to this gap in the research. We have multiple measures of secular belonging and behavior, including four separate measures for irreligious belonging (atheist, agnostic, spiritual but not religious, and nothing in particular). Analyses indicate important distinctions among all four categories, as well as between those who take on a “none” label, those who have atheistic beliefs, and those who do not attend church. Other studies have found these distinctions as well, for example, Baker and Smith (2009) find that American atheists, agnostics, and unchurched believers each have distinct political beliefs and varying stances on religion’s place in public life.

A second aspect of measuring secularity discussed in the interview deals with its relation to religion. For Zuckerman, secularity is and always has to be in relation to religion. He argues, “If there was no religion, secularity would not have to be invented, we wouldn’t have to have a word for it.” Shook disagrees, rebutting, “There is no magic in language. Words don’t bring things into existence.” For Shook, secularism is an objective, measurable phenomenon that can exist with or without the presence of religion. He argues, “Just because the term serves as a contrary doesn’t mean that its existence is dependent on the contrary.” Their discussion in many ways parallels a conversation among scholars of nonbelief identities and communities. Scholars like Smith (2011) and Guenther (2014) argue that atheism in America is a “rejection identity” formed out of a rejection of religious belief and belonging. In contrast, LeDrew (2013) and Cimino and Smith (2014) highlight the ways that atheists and other nonbelievers are forming groups based on beliefs that they share instead of beliefs they reject.

What these discussions ultimately show is that individual and collective expressions of secularity vary across time and space, evolving even within the same community. In short, context matters. The political, cultural, and religious contexts of a given society influence the way secular ideals and beliefs are interpreted and enacted. Secularity, Shook explains, is set up in opposition to religion in some societies, like in the United States, but not all, and this can vary both between societies and within them. The research highlighted in this response has shown that there is a growing diversity of secular identities and ideologies, and what I’m seeing in the emerging field of secular studies is an increased sensitivity to the contexts and subjectivities under which these identities are taking shape.

Baker, Joseph and Buster Smith. 2009. “None Too Simple: Examining Issues of Religious Nonbelief and Nonbelonging in the United States.” Journal for the Scientific Study of Religion 48(4): 719-733

Guenther, Katja. 2014. “Bounded by Disbelief: How Atheists in the United States Differentiate Themselves from Religious Believers.” Journal of Contemporary Religion 29(1): 1-16

Smith, Jesse. 2011. “Becoming an Atheist in America: Constructing Identity and Meaning from the Rejection of Theism.” Sociology of Religion. 72(2): 215-237