The Phenomenology of Religion 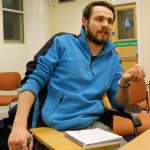 In a recent podcast (2012), Professor James Cox has briefly sketched an outline of the phenomenology of religion. His overview has taken broadly the concept of Husserl’s notions of epoche and the eidetic intuition and carried them through to typologies for the purpose of comparisons. Now, Cox provides us with a rather comprehensive phenomenology which, though briefly explained in the podcast, is expounded upon in greater detail in his book An Introduction to the Phenomenology of Religion (2010). However, Cox is possibly the great syncretist of phenomenology and draws upon a rich and ultimately varied history in the field. In truth, despite Cox’s presentation, what the phenomenology of religion entails is perhaps not as monolithic as he would suggest.

Quite rightly Cox indicates that the beginnings of the phenomenology of religion can be found in what he calls (2010) the Dutch school of phenomenology. However, in a detailed survey of the history of religious studies in the Dutch context, Arie Molendijk (2000) highlights a problem: it is not entirely clear with whom the phenomenology of religion began. He points to authors such as Sharpe, Waardenburgh and Hirschmann as not only differing in deciding when phenomenology first began, but also when considering who does and does not count as phenomenologists. Thus, to give just a brief deluge of figures we might think of as phenomenologists, Molendijk lists at various points: Chantepie de la Saussaye, Nathan Soderblom, Edward Lehmann, William Kristensen, Gerardus van der Leeuw, C.J. Bleeker, Joachim Wach, Joseph Kitagawa, Mircea Eliade, C.P. Tiele, Friedrich Pfister, Max Scheler, Georg Wobbermin, Robert Winkler, Rudolf Otto, Heinrich Frick, Gustav Mensching (2000:28-29). Nor is there much consensus on the matter, Hischmann who was a student of van der Leeuw does not include Kristensen, van der Leeuw’s teacher, on her list of phenomenologists. This is also a predominantly Dutch and Scandinavian dominated list, to which we might wish to add the further British figures of Edwin W. Smith, Geoffrey Parrinder, Ninian Smart and Wilfred Cantwell Smith.

Methodological Phenomenology. In his interview, Cox spoke of how phenomenologists of religion employ Husserl’s notion of bracketing in order to let the ‘phenomena of religion speak for themselves’. The phenomenological method is characterised by the bracketing of scientific and theological theories so as not to bring any presuppositions into the study of religion. We may call this, as Bettis does, ‘psychological descriptions’, for the phenomenological method concerns itself with the activity itself rather than the object of the activity. Our focus is the believers themselves in what they do and think. It would be wrong, though, to think this idea of neutrality that underpins the phenomenological method is solely bound to Husserl’s philosophy (despite Cox’s comments to the contrary). Smart, for instance formulated his idea of methodological agnosticism almost independently of Husserl’s philosophy.

Typological Phenomenology. This type of phenomenology began with Kristensen – indeed he saw the phenomenology of religion as nothing but this – and is as Cox said in the interview, the development of typologies such as sacrifice. For Kristensen this meant a ‘systematic survey of the data’ (in Bettis 1969:36). It is the work of comparison, the consideration of data against one another for the purpose of gaining further insight into them. Kristensen maintained that this data is gathered by the History of Religion, work which later phenomenologists would bring under methodological phenomenology. Bettis refers to this as dialectical descriptions and sees this as the application of the phenomenological method to a spectrum of religious ideas, activities, institutions, customs and symbols. Smart, too, uses the phrase ‘dialectical phenomenology’ which he uses synonymously with typological phenomenology until later favouring the latter.

Speculative Phenomenology. Smart, from whom I coin the term, says of this kind of phenomenology that the data of typological phenomenology are ‘arranged according to a preconceived pattern, itself incapable of being thoroughly insulated from theological (or anti-theological) assumptions’ (2009:194-5). We can see here the work of what Cox referred to as ‘Comparative Religion’ in the interview, where much of the data is organised in gradations of superiority. And even if no gradations are made we still find much of the work of defining religion from non-religion in this area. Here we start to talk of the essence of religion, usually discovered by the eidetic intuition, which allows us to see the core of all phenomena. Bettis calls these ontological descriptions as they focused on the object of religious activity as opposed to psychological descriptions that looked at the activity itself. Good examples of this kind of phenomenology would be Eliade and Otto.

Cox, J. (2006). A Guide to the Phenomenology of Religion; T&T Clarck International, London

Cox, J. (2010). An Introduction to the Phenomenology of Religion; Continuum, London

Molendijk, A. (2000). ‘At the Cross-roads: Early Dutch Science of Religion in International Perspective’ in Man, Meaning, and Mystery: 100 yeas of History of Religions in Norway; ed. by S. Hjelde; Brill, Leiden, (pg.19-51)