In a recent podcast on Youth, Sexuality and Religion, Dr Sarah-Jane Page discusses research that she conducted along with several colleagues, that concerned young people, sexuality and religion. This is an immediately controversial subject and one that generates many questions. As this research focused on “lived religion”, that is how people experience religion in their everyday lives,

In a recent podcast on Youth, Sexuality and Religion, Dr Sarah-Jane Page discusses  research that she conducted along with several colleagues, that concerned young people, sexuality and religion. This is an immediately controversial subject and one that generates many questions. As this research focused on “lived religion”, that is how people experience religion in their everyday lives, the intertwining of these two topics is very interesting. She refers to the two as “uncomfortable bedfellows” within the daily experience of many religious young people. As a result, the study focuses on how young people  consolidate daily the vying values and morals presented to them through society, media and their faith. Although her presentation of the research is incredibly complex and thorough, I believe that there are some questions that she leaves unanswered in this interview.

Trying to get at the heart of how these people, aged 18 to 25, lived their faith and sexuality the questionnaires sought answers concerning idealistic aspects of the two subjects. These included gender roles, views about homosexuality, abortion, et cetera. The lived experiences of the participants became apparent through the use of video blogs because these turned into a diary for most of them. Here they detailed what books they were reading, the films they saw and so on. I cannot find fault in any of these research methods. However, Page’s presentation of her research questions and what she ultimately wants to discover about the relationship between sexuality and religion are left a little vague throughout the course of the interview.

In my personal studies concerning violence and religion, I have found that the contention between the public and private sectors of life create a tumultuous force behind many of the choices made by religious people. William Cavanaugh demonstrates that such competition jeopardizes the pure nature of the secular state and that nothing can be free of religion as it manifests within the public realm (2005). On a smaller level, personal religion crosses the dichotomy between public and private within the actions that people do or don’t do, such as not drinking or dancing in the moonlight. These are manifestations of religion within the public realm that also generate implications in the perception of others about their faith. Personal sexuality also suffers this same burden. Ann Pellegrini discusses the reality that when you talk about what you did on the weekend you are giving people a sense of your own sexuality (2004). Both of these elements of the human experience pivot on the fact that both religiosity and sexuality should be very private matters. Yet, they tend to be expressed within the public realm.

Therefore, I believe that the “uncomfortable bedfellows” nature of sexuality and religion comes from their frequent meeting at the intersection of public and private realms. Page understands that young people often face challenges to their values and ideas about what is private and public; particularly with sexuality and religion. She believes that the scholarly divide of private and public needs to be unpacked and reexamined. Yet this contention does not appear to be the motivation behind her research. Especially since she is working with young people I would have appreciated her mentioning what they felt about public and private particularly in the age of Facebook, Twitter and text messages. How do they express their faith and sexuality there? What platforms are private and which are public? This is an area that I think is vital to this study that has been omitted within her responses to Christopher Cotter’s questions.

Quite interestingly, this research does break some of the stereotypes about young people and religious faith and sex. Page and her colleagues found that many of the participants did not object to the controlling aspects of faith concerning sex. Many of them thought that they serve as an “anchor or security point”. However, others did voice their struggle in their attempt to match their religious ideals to their day to day life. Page takes pains to point out that those who are rule bound only represent a few. Others are still teasing out their faith in order to create their own trajectory. Those who are struggling represent a huge battle between sexuality and religion that Page does not address in the podcast.  Does this occur because of the public versus private conflict? Are these people making their own rules because of the religious dimension? Or the sexual? Does it happen because they do not have a strong role model within the church? Or does it occur because of the age group of the participants and how in flux their lives already are as 18 to 25 year-olds?

The age group of the people involved make this study all the more interesting because it makes it more complex. At this stage in their lives, it may not be possible for them be truly conscious of their negotiation of their faith and sexuality. Many are shifting in times and spaces that challenge what was the established norm. In their attempts to deal with this they must negotiate their own values and come to terms with their own identity. Perhaps Page does not address this because the young people could not point out the reasoning themselves. I agree with Page that the next phase of the study would be to ask the same questions of people aged 30 to 50. However, Page misses another crucial dimension of the study and further studies by completely eliminating the non-religious aspect. Particularly within the UK, many young people do not self-identify as religious. It would increase the complexity of the research and it would allow us to see what values young people have regardless of faith. It would also be valuable to learn if the views of the religious people clashed with their non-religious friends.

Ultimately, Page’s research is very interesting and pertinent to the field of religious studies. As this field continues to grow, my questions will be answered and new topics of debate will arise. At this time I would like to commend Page and her colleagues for striding out into the unknown and setting some foundations for the study of sexuality and religion. 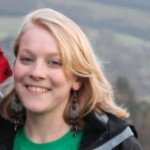 Jillian Scott recently finished her Master’s degree in Religious Studies at the University of Edinburgh. Her dissertation was entitled “Ritualized Terrorism: Symbolic Religious Violence and the Secular State in a Globalized World”. Originally from San Francisco, California, Jillian lives in Edinburgh and continues to study the relationships between religion, violence and international relations.

In this podcast Dr Caroline Blyth discusses her research on 'theologies of rape' and gender violence as enacted against males and masculinity, particularly within the Christian Church. Blyth also discusses her upcoming edited series Rape Culture, Gender Violence and Religion (edited with Dr Emily Colgan and Dr Katie Edwards).

here are some traditions that make this time of the year special. End-of-year listicles, the "War on Christmas" debate, animations of elves dancing with your family's heads pasted on... and of course, the RSP "Christmas" Special! This year, Jonathan Tuckett is your host (ably assisted by Ethan Quillen) for MasterBrain, ...

Method and Theory in the Cognitive Sciences of Religion

Recorded at the 2015 North American Association for the Study of Religion (NAASR) conference, Robert McCauley discusses methodological and theoretical issues within the cognitive sciences of religion. "Science surprises us!" - McCauley podcast with the Religious Studies Project in 2014, Dr. Robert McCauley gave an overview of some of these ...