Health, Wealth, & Spiritual Warfare: The UCKG from Brazil to Australia

Get a global perspective on the Universal Church of the Kingdom of God (UCKG), whose Australian branches were discussed in our recent episode with Dr. Kathleen Openshaw. Describing the UCKG as a leader in a global Pentecostal vanguard influencing the Catholic Church, respondents Professor Andrew Chesnut and Dr. Kate Kingsbury outline how the UCKG's focus on health, wealth, and spiritual warfare have been critical to its success with migrants in Australian and around the world. 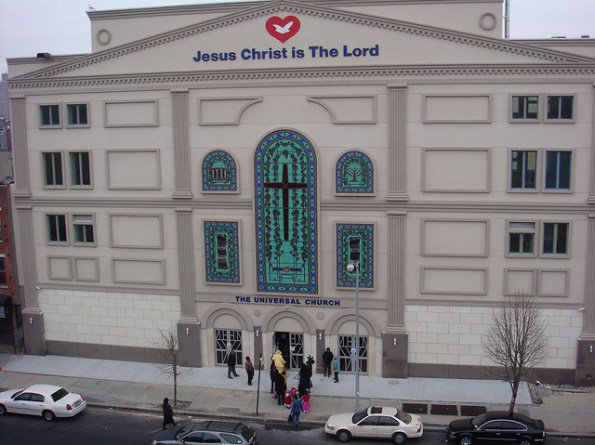 Dr. R. Andrew Chesnut holds the Bishop Walter F. Sullivan Chair and is Professor of Religious Studies at Virginia Commonwealth University. A Latin America specialist, Professor Chesnut is the author of numerous articles and five books, including his latest Devoted to Death: Santa Muerte, the Skeleton Saint, which is the first and only academic study in English of the folk saint of death. Dr. Chesnut is a regular news commentator on religious affairs and writes a blog for Patheos.

Dr. R. Andrew Chesnut holds the Bishop Walter F. Sullivan Chair and is Professor of Religious Studies at Virginia Commonwealth University. A Latin America specialist, Professor Chesnut is the author of numerous articles and five books, including his latest Devoted to Death: Santa Muerte, the Skeleton Saint, which is the first and only academic study in English of the folk saint of death. Dr. Chesnut is a regular news commentator on religious affairs and writes a blog for Patheos.

Navigating stasis and mobility: The journey of anointing oil

How do material objects accrue spiritual capital? In this episode, Dr. Kathleen Openshaw shares a poignant story from a member of the Australia branch of the Universal Church of the Kingdom of God. As we hear about the global journey of a vial of anointing oil, she explains how we invest objects with significance and connect them to sacred spaces. Especially for the migrant community of UCKG members in Australia, these connections work to collapse the false binary between stasis and mobility that seems so stark in our present moment.

Having studied Brazilian Pentecostalism since the early 1990s I never cease to marvel at how this charismatic type of Protestantism has mushroomed both in Brazil and across much of the world’s Christian landscape, especially in the Global South. While the Assembly of God, which I focused on in my first book, Born Again in Brazil, remains the Brazilian behemoth of Pentecostal denominations with some 12 million members, it’s the controversial Universal Church of the Kingdom of God (UCKG) that has been the chief exporter of Brazilian Pentecostalism across much of the globe, from Mexico City to Sydney. And, of course, it’s the Australian UCKG that is the focus of Dr. Openshaw’s podcast interview.

The congregation examined by the South African anthropologist mirrors most outside of Brazil in which transnational migrants from the Global South predominate. Openshaw doesn’t mention whether the pastors in Australia are Brazilian, but the majority that I’ve seen in the U.S. and Latin America are, and they rapidly adapt the Prosperity Gospel to local realities. For example, in the U.S., where many of the congregants are Central American and Mexican immigrants, the Brazilian pastors skillfully weave the “Green Card” into their preaching. The coveted card gives immigrants the right to work and can put them on the path to residence and eventual citizenship. The lack of a Green Card is a tangible example of the blockages and obstacles that Openshaw refers to in the context of migrants to Australia, many of whom suffer from the rising tide of White Nationalism also plaguing the U.S. and Europe.

While Openshaw mentions it briefly in the introduction, it’s the UCKG’s Prosperity Theology that most resonates with working class Brazilians and transnational migrants. Also known as the Health and Wealth Gospel, the American-born theology posits that both material riches and spiritual and physical health are within reach of those believers with sufficiently strong faith to “name it and claim it.”  If UCKG founder and head bishop Edir Macedo is a billionaire, it’s because his steadfast faith allowed him to leave his job behind as a pencil-pusher at the Rio de Janeiro State lottery and become the wealthiest pastor on the planet, according to this discourse.

Cognizant that they are not preaching to potential billionaires, UCKG pastors target the hopes and aspirations of their working-class congregants – Green Cards, decent housing, delivery from domestic abuse, steady employment, etc. Such is the popularity of Prosperity Theology that even Catholic Priests across Africa and Latin America have in recent years begun emulating the discourse to the horror of the Pope, as Dr. Kingsbury and I have written about here.

Underpinning the UCKG’s Prosperity Theology is a Brazilian-style magical realism in which the relationship between the believer and both the church and the divine is contractual. Miracles of health, wealth, and love don’t come for free. Rather they come at the price of tithes, donations, and participation in ten-day prayer campaigns, patterned on the Catholic novena, in which holy oil, purportedly from the Holy Land, and consecrated roses are distributed to congregants. Openshaw highlights the role of anointing oil in the materiality of faith healing. The faith of working class believers tends to be particularly centered on the material and tangible, and oil, roses, and Bibles covered with cash donations serve to reify the presence of the Holy Spirit, who plays the leading role in Pentecostalism making the esoteric palpable and even pliable to congregants’ needs.

As Meyer has pointed out, the Holy Spirit is a “portable,” embodied power source which can flow both through believers bodies as well as through objects. Indeed if the UCKG has attracted so many adherents it is due to both its permutable Prosperity Theology that is easily adapted in different contexts, and is as relevant to Brazilians, Africans or immigrants in Australia, combined with the portable power of pneumacentrism, a term coined in Competitive Spirits to describe the spirit-centered praxis central to Pentecostalism. The Holy Spirit eludes all human-made places, suffusing spaces beyond  boundaries, yet is not an elusory, solely transcendental abstraction as  tangible objects, such as the anointing oil that Openshaw mentions, act as vessels that make the Holy Spirit’s power perceptible and purposive in the eyes of believers.

Much of our work has been on faith healing and so we are well aware of the role of religion in assuaging ailments both psychological and physical. Immigrants in Australia may suffer both mental and physical pain due to the stresses and difficulties in the face of the racial tensions that Openshaw mentions, and no doubt the hard labor that many subject themselves to, so as to support themselves and families back home. This means many experience their new homeland as displaced or unwanted bodies. They may even feel fractured somatically, torn between two localities, their countries of origin and their new location. The UCKG is notorious for faith healing, as described in Born again in Brazil.

We believe that the UCKG offers immigrants a place to be valued bodies, to experience their soma as healed and whole again, even if the healing of social and physical afflictions is but temporary. At the UCKG, immigrant bodies bathe in the rapture and ecstasy of the power of the Holy Spirit. The charismatic services of the UCKG are well-known for bringing about euphoric bodily sensations, through trance-like states which index the presence and puissance of the Holy Spirit who indiscriminately accepts and flows through all bodies no matter their origins or race, infusing them with power and creating a politics of belonging beyond boundaries which counters the outsider status that congregants encounter in the Australian nation-state.

Another mainstay of the UCKG, which is not mentioned in the interview with Openshaw but is central to Pentecostal devotion of all forms across the globe, is exorcism and the discourse of spiritual warfare. Macedo was at the vanguard of promoting exorcism, as Chesnut has delineated. The billionaire bishop is famous for his charismatic services during which he slays demons wielding the power of the Holy Spirit. If exorcisms, as Kingsbury has detailed, are on the rise it is in part due to these dramatic displays, which in Brazil are often televised on Rede Record, one of the most popular TV stations, but which also amass tens of thousands of views on YouTube. Exorcisms are carried out primarily to expunge the satanic spirits that according to Evangelical religious rhetoric prevent congregants from attaining their goals, whether this be obtaining a Green Card, a job or a clean-living spouse. Life struggles couched in the lexicon of spiritual warfare, a battle of good versus evil and God versus Satan, are at the core of UCKG theology.

Immigrants may travel to their new homelands with dreams of success and financial stability only to experience modernity’s malcontents from unemployment to trials with poor health and the struggles Openshaw details. Demonic spirits function as a system of causation but also a scapegoat exonerating individuals, states, and other institutions from blame. Such has been the popularity of Pentecostal exorcisms that, once again as in Prosperity Theology, many Catholic priests now also exsufflate or use their breath to expel spirits, mimicking the rhetoric of spiritual warfare, with even Pope Francis jumping on the bandwagon, as we have written about here. If the UCKG’s reach has extended far beyond its homeland of Brazil it is due to the transposability and malleability of these core components: Prosperity Theology, faith healing, and exorcism, which as we have seen, have had such success as to impel the Catholic church to follow suit.