Wiebe begins his interview by admitting that it may not be possible to clearly delineate religious studies and theology, an admirable concession which seems to lull the listener into the false belief that he is promulgating an understanding of the ‘dichotomy’ which understands the malleable nature of both academic disciplines and the relationship between them. Unfortunately, ...

By Gemma Gall, University of Edinburgh

The work of Donald Wiebe is not entirely alien to me; indeed, I have found myself agreeing with his response to phenomenology. However, on the question of the relationship between theology and religious studies, Wiebe’s visit to Edinburgh in 2010 found our opinions to be very divergent.

Wiebe begins his interview by admitting that it may not be possible to clearly delineate religious studies and theology, an admirable concession which seems to lull the listener into the false belief that he is promulgating an understanding of the ‘dichotomy’ which understands the malleable nature of both academic disciplines and the relationship between them. Unfortunately, he undermines this moment of resisting reductionism by his refusal to acknowledge development in the concepts of theology.

The reasoning which Wiebe gives for this is flawed: despite his recognition of the changing nature of theology, he continues to base his understanding of this relationship in the Christian tradition of God talk. His dismissal of ‘hybrid theology’ without any assessment of what this entails (and instead indulging in biased rhetoric) is one of the main failings of his summary of the theology-religious studies situation. Very few, if any, religious studies scholars would claim that religious studies should engage in studies in which they practice God talk. Surely this is simply theology? Similarly, ‘religious studies’ which do not engage with hybrid theology, the understandings of ‘god(s)’, ‘religion’, ‘supernatural’, or whatever element the group being studied claim to be the underpinning of their group, is surely just a ‘scientific’ study of the group. Of course it is necessary for there to be anthropological, sociological etc studies, but it is also necessary to consider how theology – in its hybrid sense – impacts upon practice.

As an example of how knowledge of the theology of the group studied aids understanding, I demonstrate how I have used theology. My own studies specialise in Islam with a particular focus on gender issues, which demands an understanding of the relationship between, for example, politics, economics, spatial theory, power relations and Holy texts (with the interpretation thereof) for an issue such as veiling. Refusing to engage in studying the revelation of the ‘hijab verses’ in the Qur’an, as well as their interpretation, leads to a confused and inferior study.

This dichotomy, Wiebe argues, may even prevent scholars of religion who are themselves religious from a non-biased study. According to cognitive theory, evolutionary psychology has developed to protect the ‘supernatural instinct’ which is employed when one can’t understand something. This is “hard-wired” to protect agency, thus preventing many of those with a faith of their own from bracketing it out; therefore endangering the scientific nature of their studies. Indeed, Wiebe claims that many scholars with a religious position of their own will not undertake the ‘hard work’ to retain a vigorously scientific study. These claims are predicated on an understanding of faith as a singularly correct entity. I find it hard to believe that there are many serious religious studies scholars who hold this position; it is antithetical to the aims of the discipline. I agree with Wiebe that scholars should not invoke their own beliefs in their studies; after all, that would not be a study of the group being undertaken but instead of one’s own beliefs. However, I feel that it is impossible to bracket all aspects of one’s own faith position;  that the holding of forms of belief may even benefit a scholar’s attempts to understand how another’s faith impacts upon their life.

The notion that our inability to prove or disprove the notion of God means that we should not invoke such a concept is highly problematic. Firstly, if the concepts of God(s), supernatural or other variants, continue to impact upon how a community functions, then the study again fails to fully account for the context.

Perhaps Wiebe’s determined view of non-theological approaches to the study of religion fails because it is fundamentally based on a notion of explaining religion. This is not what religious studies should purport to do; we provide theories and data detailing what people practice and believe, we do not explain ‘religion’. If this were possible, surely the interminable debates on definitions of religion would be complete?

Ultimately, Wiebe fails to recognise that whilst there may be methodological differences between the disciplines, there is a certain amount of interdependency between the two. Religious Studies without theology fails not only to adequately study the phenomena it purports to, but it fails to justify its existence a separate discipline. The good historians and philologists of whom Wiebe speaks are just that; they are not scholars of religious studies. Similarly, theology undertaken from one’s own faith position is simply practice of belief, as Wiebe himself claims; it has no place in academia. However, theology does not have to take this form. To use Wiebe’s own terminology, ‘hybrid theology’, where a non-biased and non-personal methodology is employed, offers an alternative. If Wiebe is serious in his claim that theology has a place as an object of analysis in academia, then surely he must reconsider his own views in order to see this as a ‘third way’ between a purely ‘scientific’ study of religion and the ‘God talk’ of Christian theology. 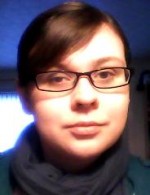