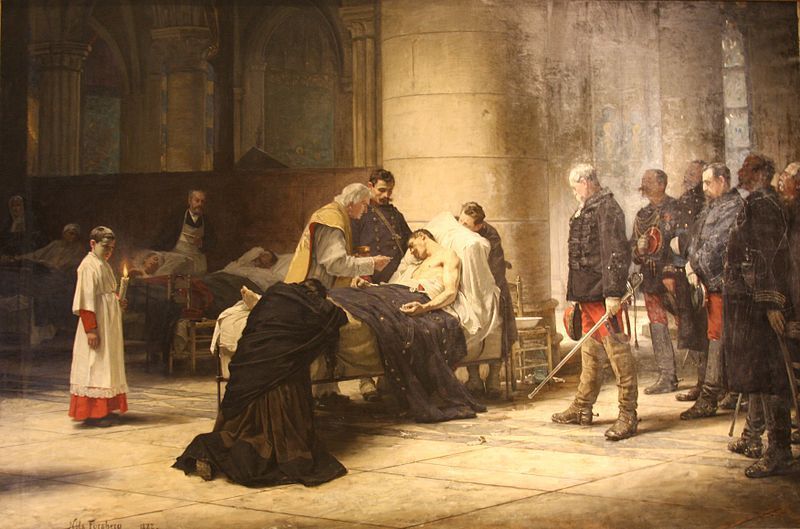 Holly Nelson-Becker, PhD, LCSW, is Professor and Social Work Division Lead at Brunel University London and holds a Visiting Scholar affiliation with Loyola University Chicago. She is a Hartford Faculty Scholar in Geriatric Social Work. She helped create national standards for spiritual care in palliative care and is past Chair of the Interest Group on Religion, Spirituality, and Aging for the Gerontological Society of America (GSA). She was awarded Fellowship status in GSA in 2013. Prof. Nelson-Becker wrote the book Spirituality, Religion, and Aging: Illuminations for Therapeutic Practice, 2018 and has over 60 peer reviewed publications.

Holly Nelson-Becker, PhD, LCSW, is Professor and Social Work Division Lead at Brunel University London and holds a Visiting Scholar affiliation with Loyola University Chicago. She is a Hartford Faculty Scholar in Geriatric Social Work. She helped create national standards for spiritual care in palliative care and is past Chair of the Interest Group on Religion, Spirituality, and Aging for the Gerontological Society of America (GSA). She was awarded Fellowship status in GSA in 2013. Prof. Nelson-Becker wrote the book Spirituality, Religion, and Aging: Illuminations for Therapeutic Practice, 2018 and has over 60 peer reviewed publications.

An Exercise in the Synthesis of Memory, Religion and Pragmatism in Religious Studies at GSU

There is an ancient tension between the values of being and doing, with, at various times, doing garnering the more important position. In truth, both are important and matter. There is reciprocity and rhythm in the cycle of being, learning, doing, and reflection where all dimensions inform the next. Hans Georg Gadamer (1982) wrote similarly that understanding, interpretation and application were in relationship such that the individual components could not be separated. Religious Studies stands as a discipline at the juncture of both being and doing: awareness and appreciation for diverse cultural, spiritual, and value dimensions. It also poses the questions What is the value of religiously or spiritually-informed action in contemporary times? How do memory and tradition inform us, but not keep us constrained in boxes? How can we courageously step away and step out to use all that we know to meet what is yet unknown? The programme at GSU under Molly Barrett’s direction answers these questions in a new way by facilitating the inclusion of master’s certificates in Religion and Aging or Non-profit Management. As it does so, it invites students on a journey of discovery.

As a social gerontologist and gerontological social worker, I would say this is practical theology at its best. Religion can no longer serve us well if it is treated as merely a distant philosophical subject that does not engage our very beings—heart, mind, body, and soul–and assist us in satisfying our particular place-based needs. Religion and its meanings must be hammered out in the everyday crucible of life’s vexing struggles, crisis-level jolts, and moments that radiate joy deeper than can be expressed or comprehended.

When I was a doctoral student at the University of Chicago in the mid to-late 90s, the Divinity School was my home for coursework alongside the School of Social Service Administration. A course I took with Don Browning (1991) about fundamental practical theology helped me envision a new configuration between spirituality, religion, and social work that framed a key question of my academic career: How do religious and spiritual strengths, spiritual struggle, and spiritual distress affect older people in everyday life and situations of life-limiting illness at life’s end? William James’ phenomenology of human experience along with John Dewey’s perspective on pragmatism both gave form to my work. Practical theology begins in thick description—asking What is happening? and moving eventually to asking what should happen and how do we do it?—in the most inclusive and respectful conversation we can imagine, one that carries compassion as its core. It is part of a critical correlational conversation that uses the implicit/explicit questions of any religion to respond to the needs of the contemporary community.

There are many uncommon couplings of Religious Studies disciplines with community research or practice that led to ground-breaking insight.  I’ll provide one example. I developed and taught loss/grief/dying well classes for seven years at my former university, Loyola University Chicago. During that time, I learned that Elisabeth Kübler-Ross developed her theory about the five stages of grief due to a collaboration with four University of Chicago theology students (Kübler-Ross, 2000). The students approached her to ask for help with an assignment to research a crisis in human life and they wanted to explore dying.  How do you do it? was the question they discussed.  Together they decided to capture thick descriptions of the experience—What was it like? What was the best and worst of it? What would help or hinder? The immediate problem was that they learned no one was dying in the Chicago hospital they approached. Beyond a natural gatekeeping protective function by nurses, that reluctance to break through our fears and discuss death is still in evidence today, though it is beginning to diminish through concerted efforts by those of us working in palliative and end-of-life care and through death cafes—informal conversations about death—around the world (Nelson-Becker, 2006; 2018). I, together with Hillingdon Palliative Care staff, have hosted a well-attended death café at Brunel University London for students, hospital and university staff, and the public, helping to bridge public need with professional skill.

In listening to this podcast, I was thankful to learn about the approach of the GSU Religious Studies program in links to non-profit management to help students identify problems and then craft solutions to them, such as was done to develop an app for homeless youth to be able to access resources for entering a university without a permanent address. That is real world impact. In the same way, Don Browning, who served on my dissertation committee, helped me shape the “problem” or question that has occupied much of my subsequent career.  It was my question, but it was deeply affected by his influence. I sense in the podcast that Molly Barrett’s approach is likewise to empower her students to create their best contribution to public space, whether that be in assisting the public school to honour religious diversity or helping train hospice/vigil volunteers to sit with dying persons. It is that third thing created from the nexus of the known and the unknown.

Aging is a compelling field of inquiry since it joins the personal dimension—we are all aging through time—with professional research, teaching, and practice. I am pleased that Religion and Aging is one of the combined pathway options for Religious Studies at GSU. Religion is set to remain an important dimension to many older people.  It has been argued that people don’t become more religious as they age and that cohort effects in the developed nations (Organisation for Economic Co-operation and Development [OECD] nations) show decreasing religiosity. This trend has been concomitant with a growth in the “nones,” those people expressing little inclination towards religion, though some may have a spiritual or simply humanistic interest. The nones have grown from 17% of the US population in 2009 to 26% in 2018-19 according to the Pew Center. This trend addresses primarily the Christian religion in the US, as world religion adherent numbers are much smaller in the US. Conclusions were generally agreed that cohorts were becoming less religious through time.

In contrast, a recent study evidences an alternative view . The authors of this study reviewed five waves of data from the World Values Survey between 1981–2014 (Shulgin, Zinkina, & Korotayev, 2019). This is important because it is longitudinal rather than cross sectional data. The sample was over 60,000, and careful analytic details were provided. Findings suggest that people do tend to become more religious with age. This was the case across nine dimensions of religion, so the aging effect appears to be statistically significant and stronger than the cohort effect in these OECD nations. This implies that religion will continue to be important to older people. That, combined with increasing numbers of older people worldwide, suggest that people who can work in the interface of religion and daily life will be in demand now and in the future.

A final point is that interprofessionalism is state-of-the-art practice.  My book, Spirituality, Religion, and Aging: Illuminations for Therapeutic Practice, makes the point that professionals in any field—chaplaincy, nursing, counselling, social work, and psychology—need to rely on each other, using points of commonality, to deepen their practice, that is, their clinical and professional work.  Religious studies professionals, while not explicitly named in the book, would be a strong support in this endeavour. Religion and spirituality need to be integrated with gerontological practice, most urgently in the healthcare fields, where, for various reasons, there is a significant lack of attention to this matter.  The book is a how-to manual about doing spiritual assessment, spiritually-framed interventions, intergenerational ethics, spirituality in health, mental health, end of life, and much, much more.

Religious studies programs that honor a social justice frame learn to speak to common human needs in compelling ways. This podcast interview features an exciting initiative to join an applied religious studies programme with a concentration in Religion and Aging or non-profit management. Those collaborations have the potential to create a new thing in contemporary life. Where the known meets the unknown, something new can be born. Our communities will benefit from this practical theological focus in tangible ways.