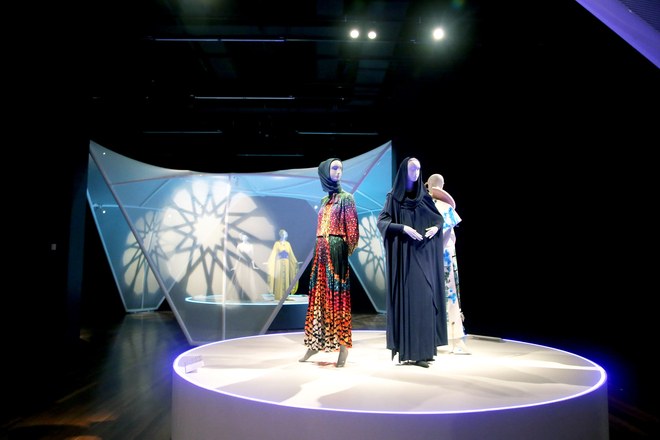 Dr. Saskia Warren is Lecturer in Human Geography and Arts and Humanities Research Council Leadership Fellow at the University of Manchester. Her research engages with voices excluded or marginalised in discourse, policy and practice in the cultural and creative economies, particulatly geographies of creativity and difference, with especial interest in matters of faith and religion, issues of gender, 'race' and culture, and spaces of education and labour. She has curated exhibitions at Henry Moore Institute, Yorkshire Sculpture Park, Stanley Picker Gallery and the Royal Geographical Society.

Dr. Saskia Warren is Lecturer in Human Geography and Arts and Humanities Research Council Leadership Fellow at the University of Manchester. Her research engages with voices excluded or marginalised in discourse, policy and practice in the cultural and creative economies, particulatly geographies of creativity and difference, with especial interest in matters of faith and religion, issues of gender, 'race' and culture, and spaces of education and labour. She has curated exhibitions at Henry Moore Institute, Yorkshire Sculpture Park, Stanley Picker Gallery and the Royal Geographical Society.

Discussing Pious Fashion and Muslim Dress Beyond the Headscarf

In this discussion, we cover some key terms from Bucar's book, such as what Pious Fashion is, why it might be defined that way, and how it helps further a conversation about Muslim women beyond the veil. We discuss the differences in performing fieldwork for this project in Iran, Indonesia, and Turkey. Connecting this research to Islamophobia and Muslim experience in America, Liz Bucar reflects on how modesty has become more mainstream.

A response to “Modest Dress Beyond the Headscarf”

I listened with great interest to Elizabeth Bucar’s podcast interview with Candace Mixon. In particular, I was animated by her discussion of how fashion offers an alternative to textual analysis of religion by privileging the visual, material cultures, and everyday practices. In this I was firmly in agreement as a cultural geographer who also writes on Muslim women and fashion cultures, albeit the term I tend to mobilise is modest fashion, rather than Bucar’s pious fashion. Yet we are both interested in head-to-toe looks of wearers and how these might respond to local aesthetics and morals, rather than tracing clothing choices to religious texts. In responding to local contexts, or refashioning placeif you like, Muslim women can be engaged in changes to fashion and judgments around dressing appropriately over time.

My research does differ given an area focus trained on Britain, and specific attention towards those who work in fashion. In what might be termed a feminist geopolitical approach, I am keen to explore how fashion offers a means for activism. For a number of my participants, fashion and beauty are a way of reaching wide audiences of Muslims and non-Muslims alike in order to propagate an accessible and moderate image of Muslim women living in Britain, women who are cosmopolitan and cool. Fashion and beauty therefore work as a conduit, but I would argue that the implicit aim is overtly political – although perhaps engaged in more everyday forms of political action: to participate in public forum debates around women’s visibility and rights in Islam and society more broadly. Blurring fashion and media expertise, Muslim women have often led as highly active agents within the fast-growing Islamic Cultural Industrieswhere they are in the business of creating content that shapes new narratives about Muslim and feminine norms, visually and textually. Moreover, as Elizabeth discusses in this fascinating podcast, pious or modest fashion has impacted how wealldress. High street brands such as H&M and Uniqlo have launched modest fashion lines. But even more evident are the ways in which layered and covered looks – with higher necklines and lower hemlines – have become de rigueur.

As a case study we might think about the work of Dina Torkio whom I have written about elsewhereas crossing-over from fashionista to activist. In Britain, Dina was at the very forefront of the emergence of modest fashion as an influencer, featuring in a number of high profile mainstream magazines and newspapers, and has since diversified into film-making #YourAverageMuslim. More recently, she and her family have also been subjected to vicious and highly targeted abuse due to her decision to uncover her hair more regularly in online content, such as published videos and photos. This case study draws attention to the desire amongst young Muslim females for positive role modelswho share identity markers (and transcend national boundaries), while simultaneously spotlighting how digital space operates as both an oppressiveandprogressive forum, especially where it intersects with religion and moral discourse. I argue that paying closer attention to the work and agencies of Muslim women in the fashion world as cultural producers and activists can offer challenge to religious conservative and Western-liberal thinking on the contours of everyday Islam, gender and equality. It also gives emphasis to the day-to-day embodied and spiritual precarity experienced by Muslim womenas highly visible cultural producers. As Elizabeth discusses in relation to her own work, fashion can offer ‘a good way of thinking about different Muslim communities that doesn’t start with religious texts or inter-religious politics’, and instead ‘focuses on everyday practices’.

A related line of enquiry that resonated with me was how through an accessible topic such as fashion Elizabeth sought to combat Islamophobia and anti-Muslim racism in ways that enable everyone to enter the conversation. I welcomed her approach of investigating three different site studies – Tehran (Iran), Yogyakarta (Indonesia), and Istanbul (Turkey) – to open up the representation and diversity of Muslim women. Of course, I also think one can diversify the representation of Muslim women at home, or within a single site case study, as well as through a comparative multi-national and multi-city approach. Again taking Britain as an example, where the Muslim population is 4.8% of the national population, with over 50% of the population of Muslims in Britain born in the country, there is a growing diversity of Muslim identities and experiences. Due to the British Empire and later migration of subjects from former colonies attracted by labour opportunities in British industry, Pakistani Muslims comprise the largest segment of the British Muslim population at 38%, followed by Bangladeshi at 15%. However in recent years, there has been an increase in minority Muslim groups, such as White ethnic, Black African, and, with changes to the British Census categories from 2011, those identifying as Arab. In my own research on Muslima lifestyle media and fashion, the majority of participants identified as from the South Asian diaspora, especially of Pakistani heritage, with the sample also comprising minority Muslims identifying variously as Scottish, Caribbean, Palestinian, Iranian, Egyptian, Burundian, and mixed heritage. A number rejected identification with one Islamic sect or school of thinking or identified as culturally Muslim. But those profiled had practiced variously as Sunni, Wahabi, Deobandi, Shia, or Sufi, showing a wide range of intra-Muslim beliefs and affiliations.

The aim to diversify representations of Muslim women, and to emphasise their positive contribution to British culture, arts and the economy, are some of the guiding principles behind a monograph I am currently writing (under contract with Edinburgh University Press) and a major exhibition at The Whitworth, Manchester. Beyond Faith: Muslim Women Artists Todayfeatures the original artwork of five contemporary artists from a range of backgrounds and at various stages of their artistic careers: Robina Akhter Ullah, Shabana Baig, Fatimah Fagihassan, Aida Foroutan and Usarae Gul. In the podcast, Elizabeth discusses the highly successful Contemporary Muslim Fashionsexhibition at the De Young Gallery in San Francisco. Exploring visual art practices, Beyond Faithhighlights the creative agencies of Muslim women in the production and circulation of new material forms and narratives. The exhibition aims to increase understanding of the different artworks, artistic practices, and lives of these diverse artists. Together they offer challenge to social and economic inequalities and religious intolerance, while actively expanding and diversifying spaces of the artworld.

Beyond Faithis shown in the Collection Centre and as part of an artist intervention in Four Corners of One Cloth: Textiles from the Islamic World. It marks the culmination of a major Arts and Humanities Research Council (AHRC) Project on the roles and experiences of Muslim women in the UK Cultural and Creative Industries that I was privileged to lead and is generously funded by AHRC and The Whitworth. The exhibition runs from 14 June 2019 – October 2019.