Connecting the Parallel Lives of Critical Secular and Non-Religious Studies

Lois Lee responds to our interview with RSP co-founder Christopher R. Cotter about his latest book, The Critical Study of Non-Religion. Calling his work "a milestone" that answers the need for a "systemic intervention" in critical approaches to non-religion, Lee suggests that the parallel lives of critical secular and non-religious studies are starting to converge. 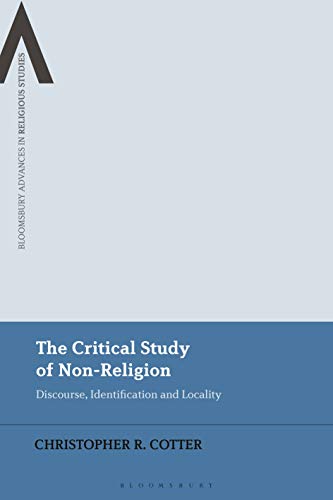 Dr. Lois Lee is Senior Lecturer in Religious Studies at the University of Kent, and founder of the Nonreligion and Secularity Research Network.

Dr. Lois Lee is Senior Lecturer in Religious Studies at the University of Kent, and founder of the Nonreligion and Secularity Research Network.

Developing a Critical Study of Non-Religion

Connecting the Parallel Lives of Critical Secular and Non-Religious Studies

A response to Chris Cotter’s podcast, or Why Chris’s new book matters a lot

I have for a long time been struck by one brief observation made by James Beckford FBA in his Presidential Address to the Society for the Scientific Study of Religion in 2011 (Beckford 2012). His focus was on public religion and postsecularity, the buzzword of the day, and he said:

It is particularly interesting to me that the literature on the postsecular seems to be largely unaware of—or uninterested in—current debates about nonreligion. Vice versa, the flourishing interest in secularity and nonreligion seems to show little attention to the debates about postsecularity. (ibid: 13)

Some contributors bridge these literatures in particular ways: Monica Wohlrab-Sahr’s scholarship is significant (her Immanent Frame blog is a useful introduction to she and Marian Burchardt’s ‘multiple secularities’ approach [Wohlrab-Sahr and Burchardt 2012]); Stacey Gutkowski’s 2020 exploration of secular identity and reasonableness in Religion, War and Israel’s Secular Millenials: Being Reasonable? (2020) brings together empirical and critical ways of thinking about nonreligion; Johannes Quack’s (2014) ‘Outline of a Relational Approach to “Nonreligion”’ challenges ‘secularisationist’ approaches to the ‘secular’, as does my own work on nonreligion and the secular (e.g. 2015; 2020). But they do this bridging work sometimes obliquely and are anyway exceptions which prove Beckford’s rule, still today, nearly a decade on from his speech in 2011.

In my mind, Beckford’s observation about the lack of exchange between empirical nonreligion studies and postsecularity scholarship hints at a wider, sometimes overlapping set of academic silos. Indeed, Beckford’s critique of postsecularity makes this more or less explicit, since for Beckford the ‘postsecular’ actually stands for many things for many people, and many of these stray into the areas I have in mind. These overlappings arise if we think of ‘postsecularity’ as an intrinsically critical project – most obviously of categorisations of ‘secularity’, but also of ‘religion’.

I think, then, of the parallel lives of critical secular studies – associated with Talal Asad, Saba Mahmood and many other significant figures – and nonreligious studies (Lee 2020). Chris draws detailed attention, too, to how another programme of critical scholarship – critical religion studies – has struggled with nonreligion studies. Scholars such as Timothy Fitzgerald and Russell McCutcheon have engaged much more actively with the emerging study of nonreligion, but these encounters have often been inhibited by their wariness of how ‘recognising the nonreligious’ (to coin a phrase) as a socio-cultural category may restore the legitimacy of ‘religion’ as an analytical category.

Coming from Beckford, one of the foremost figures in the discursive study of religion, these observations inevitably indicate another pair of too-often parallel projects: the empirical study of nonreligion as it stands and discursive methodologies in general, which include but are not limited to the genealogical work of both critical secular and critical religion scholars.

What Chris’s work powerfully shows is how critical studies suffer too when they work with imagined notions of nonreligious identities, populations and cultures, rather than grounding their engagement in the increasingly rich and varied empirical and ethnographic accounts of nonreligion from nonreligion studies. Chris wonders even if the threat might be an existential one, since the logical outcome of the view that religion is not only a social construct but a dangerous one that should be eradicated is the irrelevance of the critical study of religion. Maybe this would be cause for celebration from critical religion quarters, but I don’t think it would dispense with the question Chris poses: where does the study of ‘religion’ go next?

Those exceptional cases I mentioned above are helpful, but they have not brought scholars from the different fields along with them in great numbers. This says to me that a much more systematic intervention is needed – and is why The Critical Study of Non-Religion: Discourse, Identification and Locality (Cotter 2020) is, I hope, a milestone. I hope that his attempt to ‘blend’ approaches ‘in a constructive way that shows you can have good solid, empirical, interesting, vibrant exciting work’ that is also ‘critically constructive at the same time’ will be taken up widely as a programmatic one in the study of – or beyond – religion and secularity. Without it, there are many academic travellers that will at some point run out of road.