Writing about universalism in NDEs, Natasha Tassell-Matuma explains that "Languages reflect the cosmologies, ontologies, and epistemologies underlying cultures and are mutually constitutive in a culture’s practices, beliefs, ideologies, and norms. As such, when people speak, they are essentially drawing on a collective legacy that speaks to the socially-sanctioned worldview of the culture they affiliate with." 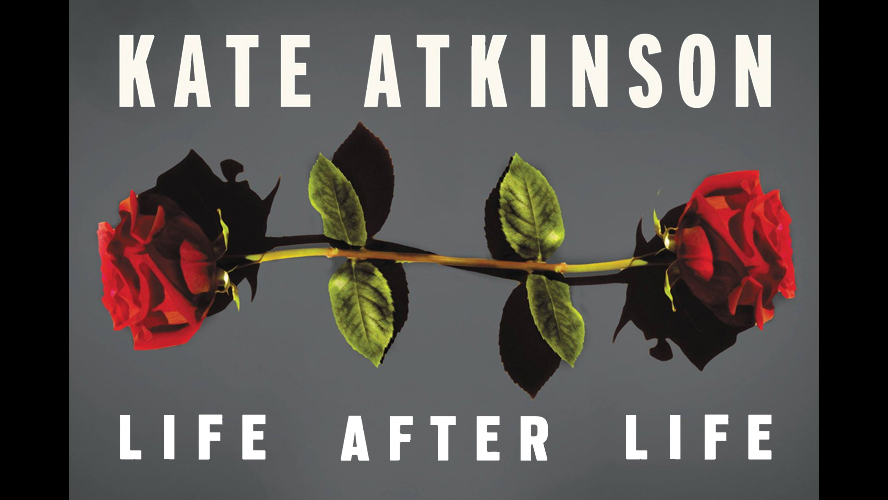 Dr. Natasha Tassell-Matamua is a Senior Lecturer and Deputy Head of the School of Psychology at Massey University in Aotearoa New Zealand. She is also co-Director of the recently established Centre for Indigenous Psychologies. Her research and teaching is in the area of indigenous psychologies, and in particular the utilisation of indigenous knowledges to effect meaningful change across a range of contexts. Her research typically focusses on the interplay between spirituality, well-being and the wider ecosystem. However, she has spent the last decade researching the phenomenology, after-effects and cultural specificity of near-death experiences, and has published extensively in the area as well as providing numerous presentations both nationally and internationally.

Dr. Natasha Tassell-Matamua is a Senior Lecturer and Deputy Head of the School of Psychology at Massey University in Aotearoa New Zealand. She is also co-Director of the recently established Centre for Indigenous Psychologies. Her research and teaching is in the area of indigenous psychologies, and in particular the utilisation of indigenous knowledges to effect meaningful change across a range of contexts. Her research typically focusses on the interplay between spirituality, well-being and the wider ecosystem. However, she has spent the last decade researching the phenomenology, after-effects and cultural specificity of near-death experiences, and has published extensively in the area as well as providing numerous presentations both nationally and internationally.

Are they universal? The cultural context of near-death experiences by Dr. Natasha Tassell-Matuma

A Response to Episode 329 ” Near Death Experiences” with Jens Schlieter by Christopher R. Cotter

The recent RSP podcast with Professor Jens Schlieter provided an interesting discussion on a topic very close to my heart – that of near-death experiences (NDEs). Professor Schlieter speaks to his recent book, What Is It Like to be Dead?, which draws together historical first-hand accounts of Western NDEs from the 16th century through to 1975. Why stop at 1975 you may ask? Well, the truth is I simply don’t know, as I have yet to read the book (although it is now on my list of ‘must reads’)! But, it was around the early-70s that the work of Elisabeth Kubler-Ross (author of On Death and Dying) was becoming well known, while in the mid-70s a ground-breaking book was published by Dr. Raymond Moody. In Life After Life,,  Dr. Moody described unusual psychological occurrences that transcended the boundaries among space, time, and normal everyday perception and appeared to occur on the precipice between physical life and death. These occurrences he termed “near-death experiences”, thereby (re)introducing the expression into contemporary literature. Moody’s work is often touted as responsible for deeply embedding the term into the psyche of the general populace and sprouting the scholarly field of near-death studies (yes, there is such a field).

Despite not quite being alive when Life After Life was published, I am one of the by-products of Moody’s work, having proclaimed myself a near-death scholar and spending the past decade conducting research into the phenomenology and aftereffects of NDEs and other exceptional human experiences of consciousness. Over this time, I had the honour of chatting with hundreds of people who told me their NDE story. For many, I was the first person they had ever told about their experience, and the privilege of that is not lost on me. Overall, it has been an emotional but enlightening journey. I have learnt a lot about the substantial changes NDEs tend to facilitate in those who have them. I have learnt a lot about the changes they tend to facilitate in those who have not had them but simply heard about them from others. I have also learnt a lot about key features of NDEs that many people describe. Although Moody first proposed a prototypical NDE containing a total of 15 sequential features, no recorded NDEs to date, nor any that I have personally had disclosed to me, contained all the features outlined by Moody. Near-death scholars now consider NDEs to be comprised of any of a combination of cognitive, affective, paranormal, and transcendental features. An altered perception of time or a comprehensive review of past actions and their implications (often termed a ‘life review’) are commonly reported cognitive features. Feelings of peace, joy, happiness, and love, as well as ineffability, comprise some affective features. Transcendental features include seeing and/or conversing with deceased relatives or a ‘being of light’, entering another realm of existence, and coming to a border beyond that one is not able to progress. An ‘out-of-body’ experience (OBE) and perceived travel through a tunnel are commonly reported paranormal features.

The accounts I have had the privilege of hearing tended to include descriptions of a couple of these key features, which unfolded in any order (not sequentially). Mostly, these features are incredibly lucid in people’s minds but equally ineffable in that they struggle to find the words to describe exactly what is it is that occurred. For them, there are simply no words to adequately describe the noetic quality of their NDE. The only way they can communicate what occurred during their NDE is to utilise what I term ‘linguistic reference points’, which they obtain by drawing on the linguistic system (i.e., language) they are most familiar with. This linguistic system is most typically the one acquired within the socio-cultural context they have were raised and/or continue to live in. Languages reflect the cosmologies, ontologies, and epistemologies underlying cultures and are mutually constitutive in a culture’s practices, beliefs, ideologies, and norms. As such, when people speak, they are essentially drawing on a collective legacy that speaks to the socially-sanctioned worldview of the culture they affiliate with.

While this may appear to be a diversion from the topic of NDEs, it speaks to a key point raised by Professor Jens Schlieter in the podcast – the tantalising possibility offered by some that NDEs reflect a universal quality. That is, they are phenomenon that occur in all cultures, across all times, and in the same phenomenological way. He cites suggestions made linking the 14th century accounts of unusual experiences cited in Tibetan scriptures, such as those recounted in the Tibetan Book of the Dead, with more recently reported contemporary accounts of NDEs. It has been proposed the earlier Tibetan and modern accounts (often reported from ‘Western’ cultures) appear to approximate features now considered key elements of NDEs, despite being experienced by people in different cultural contexts, several centuries apart. As an example, he speaks to the OBE and how in Western reports  individuals often describe looking back and observing their own (seemingly dead) physical bodies from a disembodied position. In Tibetan accounts, the disembodied perspective often focuses on those around the physical body who are grieving, rather than focussing on the physical body itself. As Professor Schlieter hints at, despite such descriptions having differing foci points, which likely reflect the differing epistemological (and cosmological and ontological) realities of each culture, it is the element of disembodiment considered key to characterising the experience as an NDE.

It is logical to infer that experiences described in similar ways must reflect similar phenomenology. Yet, moving beyond logic, such conclusions need to be examined in light of development of the field of near-death studies. What I mean by this is that while useful and beneficial in its own right, the current field of near-death studies largely reflects the worldviews, values, and perspectives of Western cultural groups. Most studies have been conducted in and with samples/cases from the United States and Western Europe. Consequently, much of the academic information generated about NDEs derives from a Western lens or perspective and in many ways is treated as the ‘reference point’ for NDEs. An example of this is reflected in previous work critically evaluating the presence or absence of five specific NDE features (tunnel sensation, OBEs, life review, supernatural beings, and other-worldly location) across 16 journal articles describing non-Western NDEs (e.g., Kellehear, 2009). While some NDE features were evident in these cultures, others were not, and conclusions were reached suggesting such features are not present in non-Western NDEs. However, an alternative proposition is that the descriptions analysed may not have explicitly addressed these features in the same linguistic way as Western NDEs. As described above, it is equally possible the features believed evident in non-Western cultures were assumed similar to those reported in Western cultures, yet the terms used to describe the features were informed by distinct epistemologies, suggesting the phenomenology of the NDE was also distinct.

Equally, analyses of NDE accounts cross-culturally have been typically limited to cases published in Western literature, and often in the English language. This raises several concerns. Firstly, “Not all words or phrases have an English equivalent…not all social contexts are translatable, particularly outside their contexts ” (Kellehear, 2009, p. 154). Yet NDE research typically translates accounts into English, and it is the English versions of such accounts that are subsequently analysed. This makes it difficult to know for sure the extent translated NDE accounts accurately reflect the intent of the individual’s original native-language account. Secondly, contemporary NDE research is believed to suffer from under-reporting (Zingrone & Alvarado, 2009), meaning many cases are unlikely to have the opportunity of being published to a wider forum, particularly those that remain ‘inaccessible’ to English-as-first-language-speaking researchers, who it is fair to say, comprise a large proportion of researchers in this area. Additionally, NDEs occurring prior to the era of written communication may not have been recorded or transmitted over time, so are likely to have been lost and not available for consumption outside of the community and era that they occurred. Some cultures also have a taboo on speaking of phenomena related to death (Tse, Chong, & Fok, 2003), which means published or even oral reports of NDEs may be severely limited in such cultures. Finally, it is not known to what extent NDE accounts are embedded within other modes of record-taking across cultures. For example, as an indigenous Māori person of Aotearoa New Zealand, I am aware accounts of unusual experiences approximating NDEs are recorded in oral traditions such as singing and physical artefacts such as carvings.

Because NDEs have effectively been studied from a Eurocentric perspective, conclusions regarding whether they reflect a universal principal (a phrase used by Professor Schlieter to describe suggestions by others that NDEs are universal) cannot be reached until a more thorough investigation of NDE-like experiences across a variety of cultural contexts is undertaken. I think this speaks well to a point made by Professor Schlieter towards the end of the podcast, in which he suggests difficulty in believing an NDE could be experienced in the absence of exposure to religion. Rather than religion, however, I find it more apt to suggest it is difficult to believe an NDE could be experienced in the absence of exposure to cultural systems and even more difficult to believe presumed NDE accounts could be interpreted without understanding the cosmological, ontological, and epistemological beliefs reflected by the language  individuals use to describe their experience.