American Religion, a New Journal for the Discipline and an Opportunity to Reimagine How We Theorize

The "capacious model" proposed by editors Sarah Imhoff and Cooper Harriss for the new journal American Religion "could set this journal apart from standard approaches to the study of American religion," writes Andrea R. Jain in this response to RSP Episode 323. 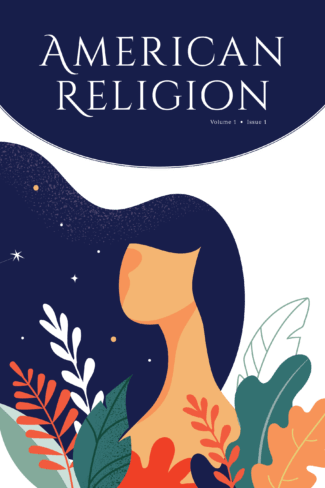 Andrea R. Jain, Ph.D. is associate professor of religious studies at the Indiana University School of Liberal Arts in Indianapolis, editor of the Journal of the American Academy of Religion, and author of Selling Yoga: From Counterculture to Pop Culture (Oxford University Press, 2014). Her second monograph, Peace, Love, Yoga: The Politics of Global Spirituality, is forthcoming with Oxford University Press.

Andrea R. Jain, Ph.D. is associate professor of religious studies at the Indiana University School of Liberal Arts in Indianapolis, editor of the Journal of the American Academy of Religion, and author of Selling Yoga: From Counterculture to Pop Culture (Oxford University Press, 2014). Her second monograph, Peace, Love, Yoga: The Politics of Global Spirituality, is forthcoming with Oxford University Press.

American Religion, a New Journal for the Discipline and an Opportunity to Reimagine How We Theorize

A response to Episode 323: American Religion, the Journal  by Andrea R. Jain

The vision for American Religion that co-editors Sarah Imhoff and M. Cooper Harriss lay out for us in their interview with the Religious Studies Project is both admirable, for the sheer amount of work and creativity it requires, and critical, insofar as it serves as an opportunity to take the discipline in new, better directions. This is what new editors should do, whether taking over established journals like the one for which I serve as editor or creating new ones.

The editors of American Religion set out to feature contributions from scholars working in various disciplines and using diverse methodologies and theoretical approaches to analyze not just religious complexes in the Americas but also America and religion as discursive categories. This approach, if successful, could transform the subfield of the study of American religion, most obviously by aiding the effort to address and circumvent its biases and inclinations—particularly unwarranted focuses on “church history” and surveys of religious diversity within the United States—by experimenting with and questioning the boundaries of the formulations of America and religion. In these ways, the editors’ capacious model could set this journal apart from standard approaches to the study of American religion.

In their effort to include the widest possible diversity of critical inquiry into the relationships among all types of American religions and conceptualizations and approaches to America and religion, Imhoff and Harriss will join other groundbreaking efforts in religious studies journal publishing, such as the Journal of Africana Religions, to stretch the limits of a discipline that largely remains organized around “world religions” and into smaller subfields based on tradition and geography. Despite alternative ways of reading the journal’s name, American Religion, the editors aim to publish scholarship that addresses the geographical diffusion of America, studying the United States as empire and therefore not a singular or stable entity, which would mean approaching American religion as constituted through missionary work, immigration, war efforts, cultural appropriation, extraction, commodification, exchange, racial hierarchies and configurations, and gender and sexual politics, in forms that manifest within and beyond the continental United States and territories.

How the editors conceive of what counts as theory in the discipline and whom the editors are willing to recognize and publish as theorizing will be of utmost importance to the journal’s significance. In their interview with the Religious Studies Project, Imhoff and Harriss do not explicitly address the problems of method and theory in the academic study of religion, but they imply that the conversations they will curate will offer a more expansive view of how scholars can theorize and what kinds of sources scholars can turn to as resources for theorizing than is the status quo in our discipline. I take this to mean that the journal will provide significant representation of scholars offering ways of theorizing religion and America that do not result in abstraction or universalization, as well as normative projects. Theory and method are not exclusively the project of those trained in critical theory or philosophy. I hope the editors make a concerted effort to publish contributions that recognize historical, anthropological, psychological, and sociological work, not simply as points of departure for theorizing, but as theory in themselves, theory that addresses how lived religion manifests in the world.

Furthermore, the journal will need to not just represent but prioritize the theoretical frameworks of historically marginalized people. In other words, in addition to publishing studies that address how gender, sexuality, race, class, and empire can be theorized as categories, Imhoff and Harriss should also publish scholarship on the ways historically marginalized people themselves theorize. (Unlike most journal editors in the discipline, the editors of American Religion will consider works of fiction, music, video, performing art, theater, food, and technology, for publication in American Religion; it will be important for the editors, in their selection of these works, to think through how they theorize America and religion.)

Alternatively, an approach that separates method and theory from other disciplinary approaches might be attractive for the avoidances it affords, that is, not having to engage in this kind of disciplinary reflexivity.

My hope for the journal is that Imhoff and Harriss choose the former approach, which could result in conversations that attend to the breadth of questions about difference and power that the study of religion affords.