Abusing Religion and the Importance of Refocusing Gazes

"One can refuse to be manipulated by sensationalist media priming the public to generate the outrage that will serve white supremacy," writes Abimbola Adelakun in this response to our interview with Megan Goodwin on the theory of contraceptive nationalism in her book Abusing Religion 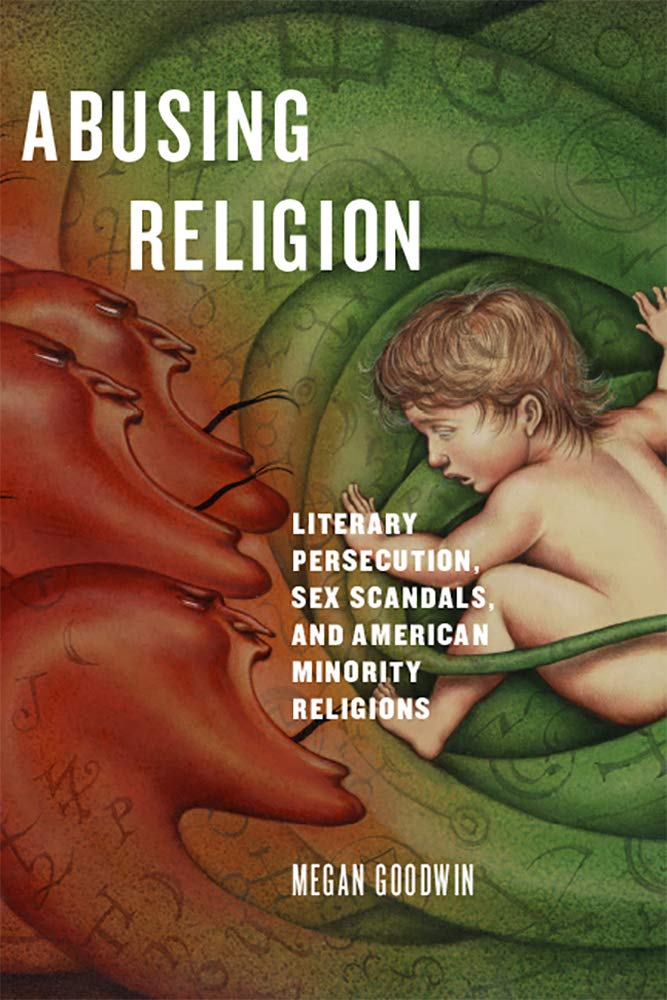 Abimbola A. Adelakun is an assistant professor in the Department of African/African Diaspora Studies at the University of Texas at Austin. She studies modern African culture through the disciplinary lenses of performance, gender, religion, Africana, and Yoruba studies. Her forthcoming book, Performing Power in Nigeria: Identity, Politics, and Pentecostalism, will be published by the Cambridge University Press (2021). Abimbola writes a weekly column for PUNCH Newspapers.

Abimbola A. Adelakun is an assistant professor in the Department of African/African Diaspora Studies at the University of Texas at Austin. She studies modern African culture through the disciplinary lenses of performance, gender, religion, Africana, and Yoruba studies. Her forthcoming book, Performing Power in Nigeria: Identity, Politics, and Pentecostalism, will be published by the Cambridge University Press (2021). Abimbola writes a weekly column for PUNCH Newspapers.

Abusing Religion and the Importance of Refocusing Gazes

Abusing Religion and the Importance of Refocusing Gazes by Abimbola A. Adelakun

The book, Abusing Religion: Literary Persecution, Sex Scandals, and American Religions is such a delightful read, and I am grateful for the chance to share my thoughts on it. The author, Megan Goodwin, discerns what is at stake when the public gaze descends on minority religions such as Islam and Mormonism and puts them in the spotlight to be delegitimated. She calls this practice “contraceptive nationalism,” and uses the term to describe the various ways racialized and gendered supremacist Christian nativism gets its ebullience by compromising the credibility and security of these minority religious practices. Goodwin considers several written texts that have supplied the public with titillating details of the dynamics of sexual relations within these minority religions. These widely-read books have reinforced the idea of an “other” that threatens the American body politic—often allegorized as white womanhood/childhood that could be inseminated—and which should be preemptively aborted.

The texts Goodwin highlights include Michelle Remembers by Michell Pazder and Lawrence Smith, Not Without My Daughter by Betty Mahmoody, and Under the Banner of Heaven: A Story of Violent Faith by Jon Krakauer. By supposedly providing the lurid details of sexual violation in somewhat closed religious communities, the writers of these books not only satiated the scopophilic instincts of the reading public but also provided the means by which they could be demonized. Through Goodwin’s analysis, one sees that these popular accounts have not only functioned as voyeuristic devices, they have also allowed the state to play the protagonist in the drama that attended the public reception of the books. Intervention by the state purports to resolve the issues after they have generated sufficient moral panic, but ultimately established the legitimate grounds to interrogate other people’s faith practices. This benevolence, Goodwin shows, ultimately serves to burnish America’s reputation and might even legitimize violence against the same people it claims to save.

This habitual tendency to exaggerate the sexual prowess of others to protect society from violation is a recurring pattern in American history. We see that racialized eros in how the myth of the black penis has loomed large in the white social imagination with immense social consequences such as lynching.[1] The trope of black women as sexually insatiable is as old as slavery. When European artists in the 19th century painted the harem, their depictions of the sexual life of Muslims was more telling of their oriental fantasy and legitimation of colonialism than the actual lives of those women.[2] This orientalist peep into the harem continued till the 20th century when Hollywood similarly used them as tell-tales of Muslim sexuality. Popular books like the ones Goodwin highlighted do similar damage because they reinforce the King Kong narrative—the white woman at the mercy of the beastly racial other, the barbarian that ever-circles around the gates of western civilization. The white male’s swooping in to save her asserts his role as the protector of the civilized order.

Goodwin pegs the literary accounts that have facilitated the project of contraceptive nationalism on Christianity and the ways it has shaped American social norms to the point that America’s civilization is intrinsically assumed to be “Christian.” This ethos prefigures these popular books, and the ways people react to them have been preinstalled into their consciousness through their subsistence within American social culture. On this score, she identifies Roman Catholicism as having played a “significant role in shaping and regulating American values since the 1970s.”[3] She calls it “the catholicization of public morality.” While I would agree that the publications gained their traction because they are read against the grain of Christian values that have diffused into the social culture, I do not think Catholicism is the culprit. Evangelicalism is also central to how Americans understand sexual morality, and recent political developments have more than confirmed that much. As Emile Townes has analyzed, these issues cannot be considered in isolation from the Puritanism that founded America right from inception.[4] That is the wellspring from which the values that structure the American social and political imaginary originate, and Catholicism is one way it is realized.

Catholicism itself has suffered what Goodwin terms “literary persecution” from both Gothic fictions to Hollywood. Books like MR, NWMD, and UTBH are not novel. There is a long tradition of such salacious publications by authors claiming to be “authoritative sources” and offering prurient details of what happens behind the doors in Catholic convents. We see that in the best-selling memoir of Rebecca Reed, Six Months in a Convent that led to riots, the razing of a convent, and stoked anti-Catholic sentiments. Then there was also Maria Monk’s Awful Disclosures of Maria Monk, or, The Hidden Secrets of a Nun’s Life in a Convent Exposed that alleged the convent was a harem for priests who routinely sexually abused nuns and practiced infanticide with the resulting babies. There is also the more recent fictional series by Dan Brown—the Da Vinci Code and Angels and Demons—and the subsequent film productions that accuse Catholics of insidious practices. If writers are now doing the same with minority religions, it suggests that anti-Catholicism tropes have become worn and minority faith practices are the ones with reigning political valence that can support the project of contraceptive nationalism.

Contraceptive nationalism is thus a critical frame to perceive and react to accounts of sex abuse when they occur among minority religious communities. It enjoins us to pause and reflect when the stories of sex abuse are not about sex abuse as much as they are an evocation of latent sentiments about how the demonized other displays values that are antithetical to the norms of white Christian civilization. If viewed from such a perspective, one can refuse to be manipulated by sensationalist media priming the public to generate the outrage that will serve white supremacy. Rather than begging for salacious details, one can hold their gaze on what truly matters—the sex abuse itself and subsequent justice and healing for the victims.