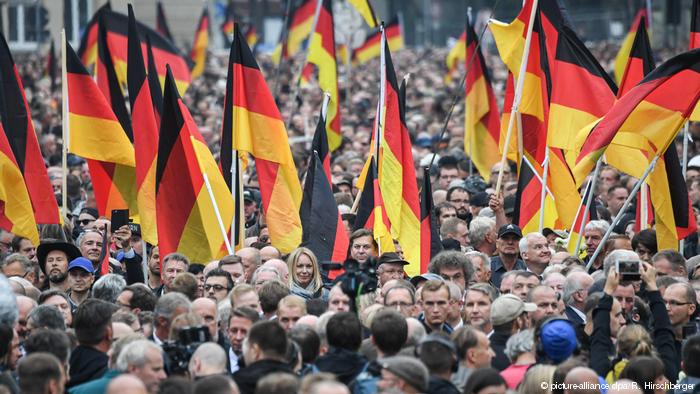 Ramona Bullik is a doctoral student in Heinz Streib's lab at Bielefeld University. Having studied linguistics, literature, and psychology, she is now engaged in the research on the development of religion and worldview over the life-span. Her focus is on qualitative analysis, especially on the evaluation of Religious Styles Interviews, with a focus on the analysis of narratives and argumentation styles.

Ramona Bullik is a doctoral student in Heinz Streib's lab at Bielefeld University. Having studied linguistics, literature, and psychology, she is now engaged in the research on the development of religion and worldview over the life-span. Her focus is on qualitative analysis, especially on the evaluation of Religious Styles Interviews, with a focus on the analysis of narratives and argumentation styles.

Sakin Özisik is scientific assistant at the faculty of health sciences at Bielefeld University. He studied Islamic theology and history of religions. He was an exchange student at Bielefeld university`s department of protestant theology and completed his doctoral study with the supervisorship of Heinz Streib there. He is engaged now in the research on religious coping, mental health and life-span development among the refugees in Germany.

Sakin Özisik is scientific assistant at the faculty of health sciences at Bielefeld University. He studied Islamic theology and history of religions. He was an exchange student at Bielefeld university`s department of protestant theology and completed his doctoral study with the supervisorship of Heinz Streib there. He is engaged now in the research on religious coping, mental health and life-span development among the refugees in Germany.

The ‘secular’, the ‘religious’, and the ‘refugee’ in Germany

Ever since the so-called ‘refugee crisis’ of 2015, the ‘refugee’ in Germany has been constructed in a variety of ways that are implicated in specific co-constitutive notions of the ‘secular’ and ‘religious’ that exert symbolic power by naturalizing certain notions of the religious and thereby the secular while excluding others and feeding back into the subject formation (or subjectivation) of people classified as ‘refugees’. In this process certain positions are produced as hegemonic while others are classified as not acceptable (e.g., “radical”, “not European” or “anti-humanist”).

The title of this response comes from an essay by the German journalist and author Hakan Tezkan. Tezkan refers to people’s experiences of racism in everyday life, shared on Twitter under the hashtag #metwo. In the days before we wrote this response, gangs of right-wing extremists roamed the streets of Chemnitz, pretending to be “claiming back their country.” What they were actually doing was chasing and terrorizing people who did not look “German” in their eyes. These examples show the extent to which racism in general, and dealing with migrants and People of Color in particular, is a present topic in German society and media. The RSP interview with Carmen Becker taps directly into this discussion.

When refugees fled to Europe via the Balkan route in 2015, many came to Germany, where they were generally welcomed; the term “Willkommenskultur” (culture of welcome) was established at this time. People’s collective memory of these events was shaped in several ways. On one hand, people of all ranks carried out their work in the official state bureaus, with the assistance of refugees, integrating assistance, language teaching and orientation assistance, as well as in municipal integration centers and social circles.  On the other hand, as Carmen Becker states, the term “refugee crisis” became established in the media. The incidents on New Year’s Eve at Cologne main station in 2015 provided a particularly important tipping point in the popular perception of refugees. The media was not able to portray these incidents in a differentiated way and the refugees and foreigners as a collective were put in the dock. The right-wing party AfD (Alternative für Deutschland) and those who had a negative stance on foreigners had been given a trump card. The media in this period often seemed to fall for populist perspectives, instead of taking critical responsibilities.

Carmen Becker refers to Foucault’s term “dispositive” to describe the mechanisms at work here. Strategic interventions (“There is a crisis and we have to intervene”) and the establishing of a currently valid truth (answering questions such as “What is a refugee?,” “How do we talk about refugees?”) are part of that dispositive. For her own research, Becker has decided not to look at the meso or macro levels, but to focus instead on the local level, referring to YouTube shows for refugees (“Marhaba. Willkommen in Deutschland,” which translates to “Hello. Welcome to Germany”) that show stereotypical “German” behavior as a guide for (Arabic) refugees. Here she notes an interesting change of perspective. While it is widely discussed that “the refugees” are often seen as one indistinguishable mass, the picture of German society painted in those short video clips is not especially heterogeneous either. Becker’s approach—to look at the chains of equivalence constructed in these clips—highlights differences in values between German society and the refugees’ society of origin. For German society, secularization and individual freedom stand out as the most important traits. Upon closer inspection, however, only a European-centered sense of freedom is put forward, eliding the possibility of a different approach to freedom of choice in other societies. The European notion of individual freedom does not necessarily cover freedom of religion with regard to Islam. It seems, Becker says, that an unstated preconception underpins these debates, framing them in terms of “good” vs. “bad” religion. The secular bubble includes in its circle of tolerance the religiousness of European peers, but excludes Islam, which constitutes its own, separate sphere. She concludes that refugees are faced with deep insecurity concerning “correct” European behavior. The YouTube videos portray Germany as secular, democratic and liberal, and refugees as Arabic, Muslim, oppressive of women (e.g. by making the headscarf compulsory) and sexually repressive. The possibility of a Muslim woman wearing a headscarf as a personal preference in accordance with her religious or cultural habits is not mentioned.

What could be a solution for these issues? In a recently published book on “Xenosophia and Religion” by Heinz Streib and Constantin Klein, we explore the concept of xenosophia as a model for creating a culture of welcome. Xenosophia, to quote the editors, is “the wisdom that might emerge from the encounter with the strange and the wisdom of adequately responding to the strange” (Streib & Klein 2018, ix). Flipping the focus from “How do prejudices evolve” to the more positive question of how xenosophia may enter dialog, the authors find different frames of reference in which people are confronted with “the strange” and different trajectories people take to deal with that challenge. The study started in 2015, when the “refugee crisis” was at its first climax. When a second wave of questionnaire data was retrieved in April 2016, we found the results to be quite shocking: the overall acceptance of refugees had decreased, while the approval of right-wing opinions had increased, congruent with the success of the right-wing AfD during elections. Still, there were people who helped, people who cared and people who did not give in to cheap rhetoric. Those people were found to be open for experience and dialog and they showed tolerance for ambiguities. This tolerance and respect for the other of course is not a one-way street. The last sentences of the book contain that very important message: “The creative and productive way of dealing with and responding to experiences of the strange/alien depends on a habitus of openness for dialog and thus for hermeneutical humility that always keeps in mind the proviso of an ‘it-could-be-seen-otherwise.’ This is no triviality. It is the sharpest contradiction to prejudice and xenophobia” (Streib, Klein et al. 2018, p. 383). We believe this approach may provide one way of overcoming the stereotypes that Becker has described in her study. It’s not an easy path, but it might lead to a better, xenosophic understanding of the other.