Conference report for The Religious Studies Project by David Bradley, a PhD student at Case Western Reserve University. The American Psychological Association’s 123rd Annual Convention was held in Toronto, Ontario from August 6 through August 9, 2015. Conferences often have an organizing theme, but the APA Convention is simply too big to be focused on one or two themes. 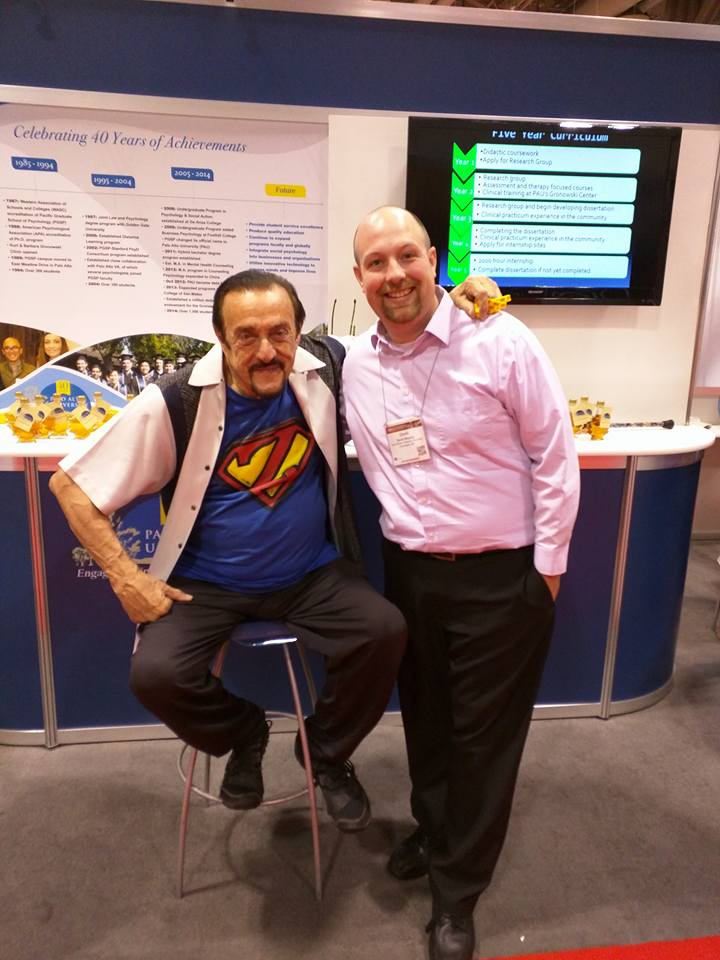 David Bradley, M.A., is a graduate student pursuing a Ph.D. in clinical psychology at Case Western Reserve University in Cleveland, OH, where he lives with his wife and cat.  He holds a B.A. in history and M.A. in mental health counseling, both from Boston College.  His current research interests include the within-group differences among nonbelievers.  His current daydreams include what his home office would look like as a Star Trek-themed baby bedroom.

David Bradley, M.A., is a graduate student pursuing a Ph.D. in clinical psychology at Case Western Reserve University in Cleveland, OH, where he lives with his wife and cat.  He holds a B.A. in history and M.A. in mental health counseling, both from Boston College.  His current research interests include the within-group differences among nonbelievers.  His current daydreams include what his home office would look like as a Star Trek-themed baby bedroom.

The American Psychological Association’s 123rd Annual Convention was held in Toronto, Ontario from August 6 through August 9, 2015.  Conferences often have an organizing theme, but the APA Convention is simply too big to be focused on one or two themes.  To give you a sense of scale, here is what was happening at 1 PM on Thursday of the convention: 46 symposia or paper sessions, 3 invited talks, and 119 posters.  And that’s just official APA programming – many of APA’s 54 divisions, including Division 36 (the Society for the Psychology of Religion and Spirituality), offer informal programming in hotel suites.  The atmosphere for the APA conference this year was a bit strange, and reminders of the recently released Hoffman Report, which detailed the relationship between the APA leadership and support for enhanced interrogation/torture by the U.S. government.  Several people could be seen wearing t-shirts or pins bearing the statement “First, do no harm,” and the Hoffman Report was often referenced in Q&A portions of talks, even when only tangentially related to the topic at hand (as is standard for post-talk Q&As).

Despite the thousands of offerings, there were only three or four sessions across the entire convention that hit at the truly important topics (i.e., my own area of research).  I have tried to expand my coverage of the conference to address matters of secondary importance, but I apologize in advance for giving such a limited view of the large, diverse convention.

At any large conference, it’s often the poster sessions that are most engaging, and this was true here as well.  The poster format is well-suited for conversations about the details of a study, and in a large conference like APA, there are enough posters that a handful will be interesting and at least one will be important (see above regarding the definition of important).  Namele Gutierrez (Pepperdine University, abstract available here) conducted a study of friendships at a Christian college.  Participants were asked about their own religiosity, their best friend’s religiosity, and the strength of their relationship.  Students with low self-reported religiosity (below a median-split) reported having friendships that were stronger (deeper and more supportive) if the student reported that the best friend was highly religious (above a median-split).  This relationship was not seen among students with above-the-median self-reported religiosity.  Effect sizes were small but significant.  The reasons for this effect could not be addressed by the data, but I wonder if the context – a Christian university – is important here.  Perhaps the religious nature of the university prevents individuals with low religiosity from being as open and supportive, even with close friends.

Also at the poster session, Courtney Nelson (Texas A&M, abstract available here) reported findings from a study on the relationship between religious vs. nonreligious psychologists’ self-reported ability to do treatment planning for client problems with vs. without religious content.  Predictably, the primary finding was that nonreligious psychologists were more hesitant regarding their ability to accurately conduct treatment planning for religious clients.  The author concluded that this study implied the need for increased training on religious/spiritual matters in graduate schools.  That may be useful for a number of reasons, but since this study included no measure of accuracy of treatment planning, it seems that an equally valid route would be to spend time in training programs reassuring nonreligious therapists of their ability to work with people who are not like them, which would likely increase their self-reported ability to conduct treatment planning.  Or, perhaps, the confidence of religious therapists should be reduced: perhaps religious therapists are too confident in their ability to conceptualize religious material, simply because they themselves are religious, though the meaning of religion in the client’s life may be quite different from the psychologist’s.

The next session I attended was the Division 36 Data Blitz featuring six five-minute presentations from graduate students, including your correspondent.  All of the presentations were excellent, but I would like to single out the presentation John Jones (University of Detroit Mercy, abstract available here).  Much has been made about the discrepancies in religiosity between academic psychologists and the general public.  However, this presentation presented data to the effect that while academic psychologists have rates of religious identification much lower than the general U.S. public, their rates of belief in “God or something divine” were close to (though still lower than) the general public.  This might point to psychologists having a more individualistic notion of religion and spirituality, separate from the notions of traditional organized religion.  Whereas before, the conflict appeared to be between nonreligious psychology and religious public, perhaps the conflict is more between liberal notions of supernatural spirituality (popular in academia) and traditional conceptions of religion (popular in the general public, though perhaps less now than in the past).

One Division 36 symposium featured four talks relying on religious priming.  Three of the talks used contextual priming (conducting a study in a church vs. a classroom, or in front of a chapel vs. in front of a science center, or in front of a cathedral vs. in a secular civic square) and one study used websites (asking participants to evaluate the design of one of two websites created by the researcher, identical except for religious content).  Priming religiosity was found to: reduce the need for dissonance reduction and increase decision certainty; increase prejudice toward LGB individuals; and increase prosociality. I find priming fascinating as an increasingly controversial method in psychology, but remain skeptical of its importance, though this may be because all of my priming studies have failed so far.

Division 36 also hosted a symposium on the experiences of nonreligious and LGBTQ individuals, featuring three talks.  Two of the talks, by Zhen Cheng (University of Oregon) and Jacob Sawyer (Columbia University), introduced new measures of microaggressions against nonreligious people and experiences of anti-atheist discrimination, respectively.  Both talks linked experiences of anti-nonbeliever sentiment to lower scores on several measures of psychological well-being.  The existence of anti-atheist/anti-nonreligious sentiment has been well-documented, and I’m glad that the psychological impact of these experiences are finally being explored.  The third talk, by Kimberly Applewhite (Yeshiva University), used excellent qualitative, grounded theory methodology to explore the experiences of individuals who currently identified as members of the LDS Church (Mormon) and were LGB identified.  These participants often struggled to progress through the stages of faith development and LGB development simultaneously – indeed, the title of the talk, taken from a quotation from a participant, was “The Conflict is Constant.”  More high-quality qualitative work, please! 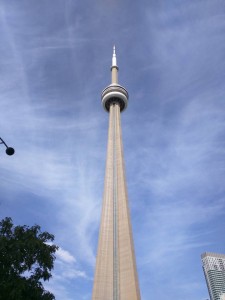 Finally, my time with Division 36 at APA concluded with a talk by Will Gervais (University of Kentucky), who was given the Margaret Gorman Early Career Award.  His talk was an overview of his research on the psychological underpinnings of belief in God, and therefore nonbelief in God.  For a good overview of his approach, see his article in Trends in Cognitive Science and the RSP interview with Will Gervais.