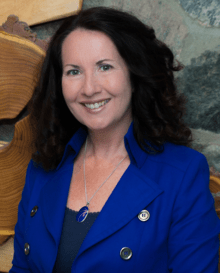 Dr. Fletcher’s areas of specialization include the history of race and racism in Canada, the intersection of culture and Christianity in the 20th century – including the story of gender and women’s experience in religious leadership, the history of colonization and its impact on Canadian First Nations, and the decline of Christianity in the North American culture. She has authored a variety of books, book chapters, and articles over the course of her career. Her most recent books, both published by Oxford University press, have been released spring 2018: “Christianity in World Religions” 5th edition”, and “Space for Race: Decoding Issues of Race, Belonging and Multi- Culturalism in Canada and Beyond”. As an educator, she has developed special relationships with a number of Canadian First Nations, having been adopted into two of them. Dr. Fletcher is known for her collegial leadership style and her capacity in inter-cultural work.