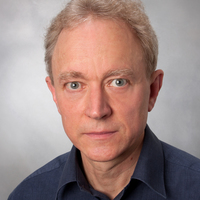 Ullrich Relebogilwe Kleinhempel was born in Pretoria in 1956. His parents were Lutheran missionaries 45 kms east of Pretoria, near Bronkhorstspruit and the diamond mines of Cullinan. He lived in the 'bush' with a school centre connected to the mission station (it is still extant). In this environment he sensed a lot of the Pagan and shamanistic traditions alive in the traditionalist setting. His parents respected these things because on his mother's side was a rural diviner / spiritual healer in the early 20th century, in southern Germany. Later he studied theology and science of religion as well as psychology in Germany. After years of professional life as a pastor and then in academia and upper secondary (grammar school/college) education, he returned to academic research. He did research on the Afro-Brazilian branch of the Bantu shamanistic tradition, in Umbanda, into which he has been initiated, through a community in Switzerland. Increasingly he went back to the sources and did research on Bantu shamanism in South Africa. Dr. Kleinhempel’s many publications include the study of Bantu Shamanism and in African Traditional Religion are enmeshed with the other pursuits: of Orthodox spirituality and theology, Esotericism and Syncretism studies. These may be found at: https://independent.academia.edu/UllrichKleinhempel

Books and book chapters:
• Spiritual Experience in Orthodoxy and the Pentecostal Concept of the Works of the Holy Spirit: a Comparative Study [subtitle:] Experienție spirituale în ortodoxie şi concepția penticostală despre lucrarea Duhului Sfânt : studiu comparat. Univ. of Freiburg i. B., 2019 (E-book)
• “Retrieving African Traditional Religion from the Fringes –Umbanda and the Brazilian Traditions as a Source”, in: Journal for the Study of the Religions of Africa and its Diaspora, 2018 [Festschrift J. Platvoet]

In this episode Maxinne speaks with Dr. Ullrich Relebogilwe Kleinhempel who shares some interesting personal and academic insights into researching White Sangomas and Bantu Shamanism in South Africa.