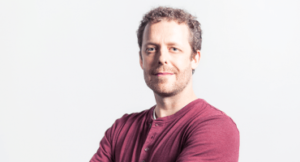 Tom Wagner joined the Reid School of Music in June 2014. He holds a PhD in ethnomusicology from Royal Holloway University and an MMus in ethnomusicology from Goldsmiths College. Additionally, he holds a Masters in Percussion Performance from Rutgers University and a Bachelors in Percussion Performance from the New England Conservatory of Music.

Before moving to the UK, Tom spent several years as a freelance percussionist and educator, performing with groups such as the New World Symphony, Boston Philharmonic Orchestra, and the Baltimore Symphony. From 2009 to 2014, he performed with the Balkan music quintet Tatcho Drom and founded and directed the RHIL Balkan Music Ensemble.

Recent publications include the book chapters ‘Branding, Music, and Religion: Standardization and Adaptation in the Experience of the “Hillsong Sound”’ in Religion as Brands: New Perspectives on the Marketization of Religion and Spirituality (Ashgate 2014) and 'Music, Branding, and the Hegemonic Prosumption of Values of an Evangelical Growth Church' in Religion and the Social Order vol. 24: Religion in Times of Crisis (Brill 2014).

Music is a big part of a new "mediapolois", part of a marketing matrix of people, places and industries. Today, music's meaning is more often part of a branded ecosystem, not limited to entertainment, but part of the experience of everyday life, including religion.