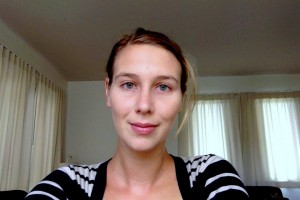 Stephanie Wright is a PhD student in the Department of Religious Studies at the University of California Santa Barbara, specialising in Islamic Studies. Her research interests include the historical and contemporary significance of Islam in the construction of Western political subjectivities, genealogies of the secular in both Muslim and Western contexts, and the relation of of the latter to imaginings of despotism in comparative perspective. Stephanie graduated from the Australian National University with a Bachelor of Philosophy with Honours and a university medal in History in 2013. Her honours thesis, ‘From Mahometan Tyranny to Oriental Despotism: The Secularisation of Islam in French Political Thought, 1610-1798’, examined the interactions between representations of Islam and the dynamics of political secularisation in early modern France. Her current project examines the influence of American evangelical thought in late nineteenth-century Syria, with a focus on the linking of Catholicism and despotism in the writings of the Muslim journalist, 'Abd al-Rahman al-Kawakibi.

At the Limits of Orientalism: The Politics and Problems of Labelling in the Career of Michael A. Cook

Having so vigorously rocked the academic boat early in his career, Cook later changed tack gracefully when he realised that he had set a course in the wrong direction. Few scholars in the discipline of Islamic Studies could claim to be as qualified as Michael Cook to advise students on the matter of early career publications.