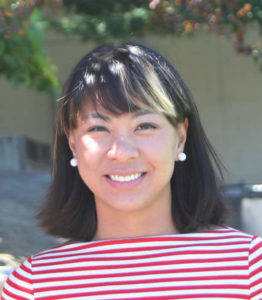 S. Francesca Po is currently a doctoral student of Theology and Religious Studies at King’s College London, and is teaching modules on Buddhism. The working title of her thesis is ‘After “Spirituality”: An Emerging Common Sociality Among the New Age, Religious, and Religiously Unaffiliated in the United Kingdom and the United States’ under the supervision of Dr. Marat Shterin. Prior to being at King’s, she lectured at the University of San Francisco; received an M.A. in Philosophy and Religion, with a concentration in ‘Philosophy, Cosmology, and Consciousness’ at the California Institute of Integral Studies; a B.A. in Religious Studies and Music at the University of California at Berkeley; served in the United States Peace Corps in Kazakhstan; and has had a career as a high school teacher of philosophy and religious studies, and campus chaplain. She has published and spoken on various subjects, including: nonviolence, politics, popular culture, religion, sociology, and spirituality. For an institutional biography, visit:http://www.kcl.ac.uk/artshums/depts/trs/people/stuprofiles/research/po.aspx

An Astrology (and Spiritualities) for the Modern

"Campion’s suggestion of Theosophical astrology being an astrology for the modern, in the context of a revision of the Enlightenment and ‘modernity’, sheds light on the place of alternative, holistic, and esoteric spiritualities in the modern world." [Theosophical astrology] is an astrology of modernity’, suggests Nick Campion in his interview with the Religious Studies Project. However, before even coming to this suggestion,