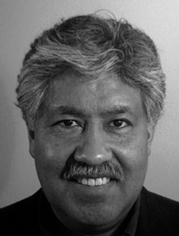 Rudy Busto is Associate Professor of Religious Studies in the Department of Religious Studies at the University of California, Santa Barbara. He has taught and published widely on issues of race, ethnicity, and religion in American contexts, including Chican@/Latin@ religions, Asian and Pacific American religious traditions, issues of indigeneity, the transformation of global religions in the United States, religion in the American West and Pacific Rim, evangelical Christianity, and religion and science fiction. His book, King Tiger: The Religious Vision of Reies Lopez Tijerina, examines how a distinctive brand of borderland Pentecostalism, powerful mystical visions, and vernacular theologies shaped the life and activism of a grassroots leader in the Hispano land rights and Chicano movements of the 1970s.

Time Travel and Fictions of Science

Despite his best scholarly efforts, Tylor’s Anahuac is “fiction” in the same way that Europeans have drawn on their vast reservoir of myths, legends, and stories of Amazons and the Lost Tribes of Israel in their mastery of the Americas. In 1856, Edward Burnett Tylor, of inscribed with “Huitzilopochtli the god of war, Teoyaomiqui his wife, and Mictlanteuctli the god of hell” all compiled into a gruesome symbol of Aztec religion. “There is little doubt," Tylor opined, “that this is the famous war-idol which stood on the great teocalliof Mexico,...

In this interview, we focus the topic of race: particularly how it has been examined (and ignored) in the field of religious studies, how it has been confused with ethnicity, how race and religion have been theorized as mutually constitutive, limitations and occlusions in the study of race and religion, and why race is a category scholars of religion cannot afford to ignore.